Running back Ezekiel Elliott is the Cowboys nominee for the 2020 Art Rooney Sportsmanship Award, presented annually to an NFL player for their on-field sportsmanship and integrity.

The award was created in 2014 in honor of longtime Pittsburgh Steelers founding owner and Hall of Famer Art Rooney Sr.

Each team receives one nominee for the award, and a panel of former players from the NFL Legends Community selects eight finalists. From those finalists, each team's players will vote for a winner. 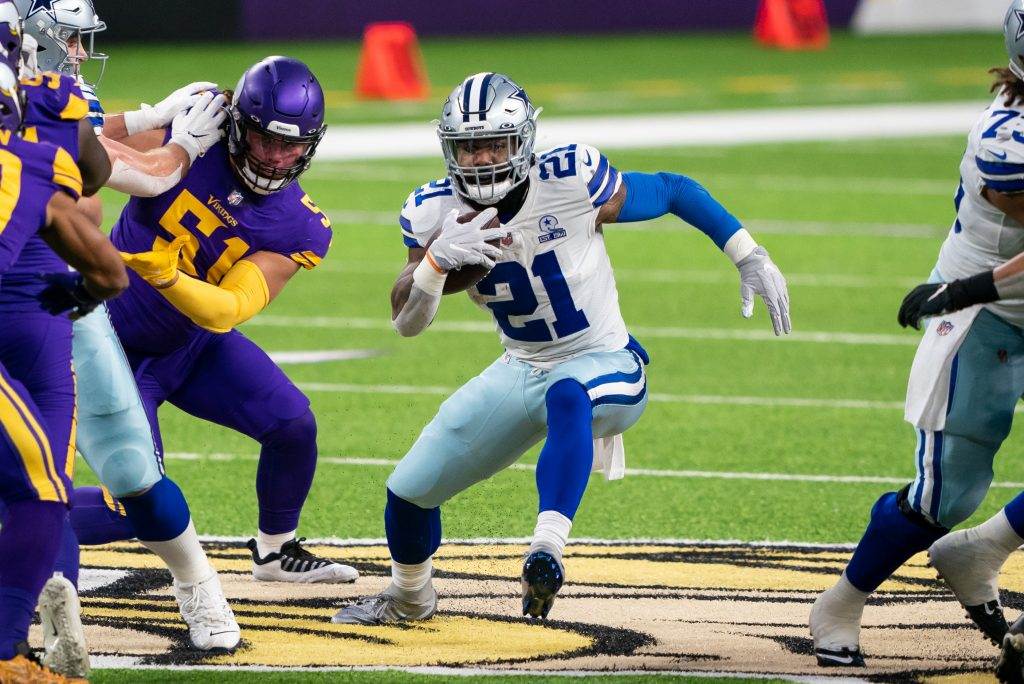 Ezekiel Elliott has sort of been the last man standing on this Cowboys offense this season, as much of what was expected to be in place has fallen around him. He is having his worst year in terms of production, but that doesn't change the level of leader he is for the Cowboys.

Elliott has played in all 11 games this season, and rarely misses time at all. He is widely respected by his peers across the league, and is consistently voted among the league's best by other players in NFL Network's year voting.

Elliott would be the youngest player to ever win this award.

Kevin Bradyhttps://kevinrobertbrady.wordpress.com
Die-hard Cowboys fan from the Northeast, so you know I am here to defend the 'boys whenever necessary. Began writing for a WordPress Cowboys Blog, and have been with ITS since 2016.
Previous article
Leighton Vander Esch Needs a Strong Finish to 2020 for his Future
Next article
What Was The Cowboys’ Biggest Miss Of 2020?

Heaven knows that he won’t be nominated for anything else, especially his running! It’s time for Jerry to get right and trade him. The honeymoon is definitely over and it’s time for a divorce. Jerry, just stop the pandering to the fans. A positive face won’t cure your list of losers which include the coaching staff. Maybe you could lure Harbaugh from Michigan. It couldn’t be any worse than the current losers, to include their chance plays that do not work, except maybe in junior high school.