Cowboys Should Double-Down Before Trade Deadline

The Dallas Cowboys made a splash by trading for DE Michael Bennett from the New England Patriots. It's a big name, yet the Cowboys had to pay only a 2021 seventh round draft pick. Many have doubts about Bennett due to his problematic side, but there's no question that he's a great football player on the gridiron. He's a quality pass rusher and a good defender versus the run. The Cowboys will likely keep him motivated with playing time, something he'll get considerably more in Dallas than he did in New England. If they succeed in doing so, the Cowboys will have nailed this trade. But they should shoot for another one…

Bennett can play at DE and DT, which will be incredibly helpful for a Cowboys team that has struggled on defense, specially versus the run. This is a huge upgrade in exchange of crumbs. The Patriots were likely going to get rid of Bennett one way or another, and Dallas bought low. Win-win.

To Cowboys Nation, this move was proof that the team will try to go all-in in 2019, a season in which starting Quarterback Dak Prescott and Head Coach Jason Garrett are on contract years. But if their plan is to go for it this season, they should be planning on doubling-down ahead of the trade deadline.

Even with Bennett on the defensive line, the Cowboys' defense still needs help. It's a unit that has failed to meet expectations after a successful 2018 campaign. Interior defensive line play has been terrible for Rod Marinelli's defense and the very promising linebacker position headlined by Leighton Vander Esch and Jaylon Smith hasn't been close to what it was a year ago. The latter is definitely influenced by poor play upfront. 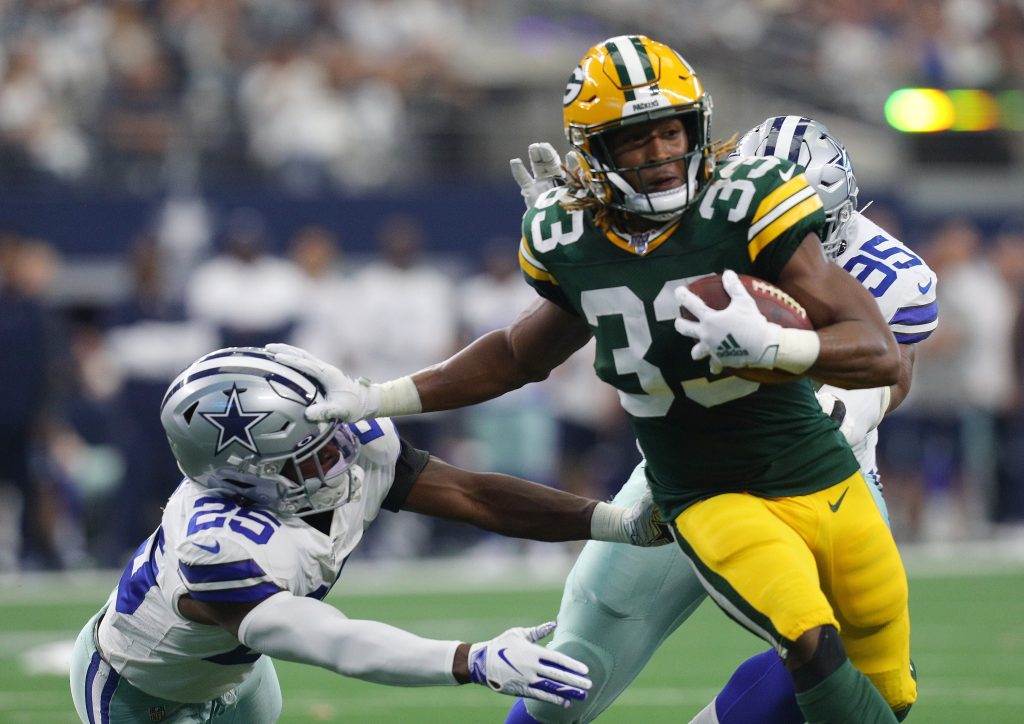 Based on Football Outsider's DVOA ratings, the Cowboys' defense ranks 20th. Against the run, they are 17th. While there were a lot of complaints regarding offensive play-calling a few weeks ago, there's no doubt that the main issue for the current NFC East leader has been on the defensive side of things.

Keep in mind that the Cowboys offense, despite some hiccups, remains the best according to offensive DVOA. Not to mention Dak Prescott has been playing lights out, throwing 8.9 yards per attempt and being one of the top quarterbacks in many stats and metrics. There's plenty of issues to fix, but there's no doubting that Kellen Moore's offense has been very efficient.

Through seven weeks, the Dallas Cowboys have been very inconsistent. We've seen different versions of this football team. But going for good players can make the difference like it did in 2018 when Amari Cooper became a Cowboy.

Michael Bennett was a step in the right direction, but the front office should try to get a true defensive tackle (like Cincinnati Bengals' Geno Atkins, perhaps) to help an under-performing unit in Dallas. Maybe even target a safety, which has been a need for the Cowboys for months, even though they declined to draft one early in the 2019 NFL Draft. I don't believe Jeff Heath has proven much since this season began, and I'm convinced that the front office is regretting taking Trysten Hill over numerous safeties that were still on the board.

Fortunately, the Cowboys didn't have to pay serious draft capital for Bennett, which leaves them with the opportunity to look for more potential upgrades before the trade deadline.  Despite a 4-3 record, the Cowboys are still in it. But they should try to get better while they can.

Mauricio Rodriguezhttps://www.facebook.com/PrimeroCowboys/
I love to write, I love football and I love the Dallas Cowboys. I've been rooting for America's team all the way from Mexico ever since I can remember. If you want to talk football, I'm in... You'll find me at @MauNFL.
Previous article
Could Win Over Eagles Propel Cowboys on a 2018 Type Win Streak?
Next article
Jerry Jones Donates $1 Million to Dallas School for Tornado Recovery

I suggested this on blogging th boys yesterday. You stole my article lol

I’d just like to remind everyone how badly our front office botched this past draft. It’s downright disgraceful when you look at who was available vs who we drafted. That’s why we have the holes in our roster that we do

In 1994 the 49’er’s signed former stars Rickey Jackson, Richard Dent, and Charles Mann. They used these guys, all in their early to mid thirties to maintain a fresh rotational pass rush in the NFC title game against the Cowboys to wear down the O line. The Bennett acquisition was good but let’s add a couple more rental vets in this vein.