The Dallas Cowboys had just asserted their dominance over one of the AFC’s best, the Kansas City Chiefs. Dallas was 5-3 and beginning to get in striking distance of the Eagles, who they’d see at home in two weeks.

Around the league the narrative about the 2017 Cowboys was changing from “one year wonders” to “Dallas looks back.” Dak Prescott was looking as comfortable as ever, the pass rush had come together like it hadn’t since DeMarcus Ware was coming off the edge, and most importantly, Dallas had won three straight to get right back in the NFC playoff race.

Then, as suddenly as it could’ve, everything changed.

It was announced that Ezekiel Elliott would be serving his six game suspension beginning with the Cowboys’ next game in Atlanta. Later that week we learned Tyron Smith would miss that same game, and Chaz Green would start at left tackle in his place. And barely a quarter into that match up, Sean Lee was done for the afternoon. 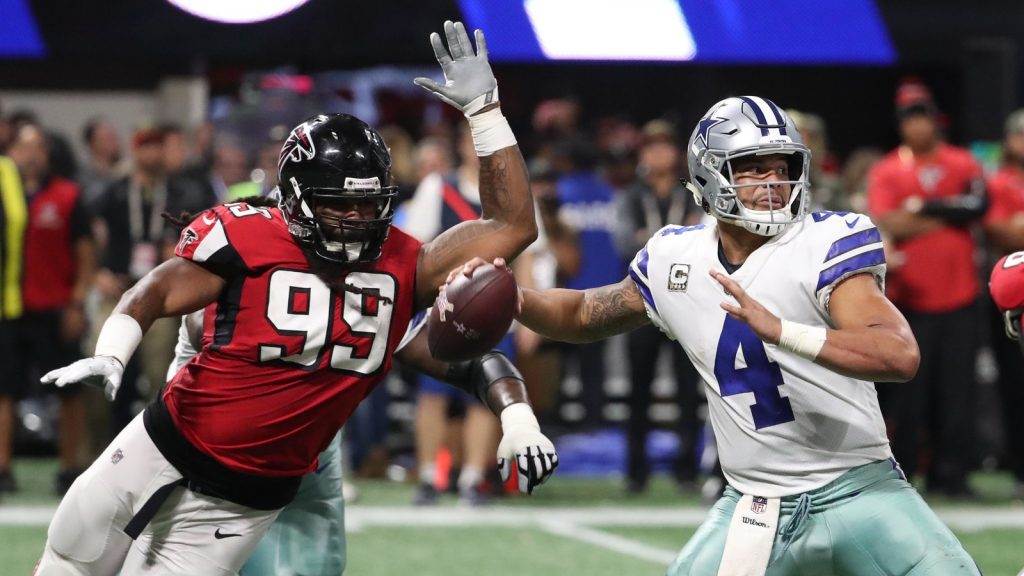 It flipped on Dallas quickly, as it often does in the NFL. Windows don’t stay open long, and even when it feels like you’re young and ready to overcome a home playoff loss, you often aren’t. That’s usually the end.

Vegas has the Cowboys at 8.5 wins in 2018, right about where they fell at 9-7 a year ago. Public bettors are all over the under, many expecting Dallas to fall under .500 or even be in last place in the NFC East this season.

CBS Sports recently released their predictions, slating the Cowboys at 3-13 with Jason Garrett being the first head coach fired this year. Harsh.

To be quite honest, no one outside of the Cowboys’ “bubble” believes they’re going to be any good in 2018. In fact, most think they’ll be downright bad and are on the path to implosion across the organization.

Even those within this bubble don’t expect much, though we aren’t nearly as doom-and-gloom as the national media has been. Somewhere between 7-9 wins feels about right, but the way the Cowboys are being talked about makes that sound like a wildly successful season.

This Sunday the Cowboys start their journey back to relevancy. Their path back to where they were on November 5th, 2017; a young, competitive, exciting football team ready to shock some people around the league.

And if they fail on this journey? This team will probably look even more different in 2019 than we can imagine.