Each week I’ll collect your questions from Twitter as well as any questions left in the comment section and attempt to condense a few into a common theme.

Last week, we talked about the 53-man roster. In particular the wide receiver group and one player who contributed to the 2018 squad, that may not make the 2019 team out of training camp.

Today, I want to tackle a couple of defensive back questions, as right now, that’s arguably the biggest question mark for the Dallas Cowboys heading into the 2019 season.

For Heath, though, were too many times where Jeff Heath had the ball carrier in his grasps and allowed himself to get carried or miss the tackle completely, because he was attempting to strip the football. And was rarely successful.

Dallas Cowboys Defensive Backs Coach Kris Richard made an interesting point in favor of Heath when he talked about the Cowboys winning 10 games and made the playoffs with Heath as the starting safety.

Heath stays under a microscope because he’s always been one of the whipping boys for Cowboys Nation.

The Dallas Cowboys had several opportunities to upgrade the box safety or strong safety role in team but passed at every turn. Instead they brought in George Iloka on a veteran minimum contract to be depth at free and strong safety. They also drafted Donovan Wilson in 2019 to provide some special teams play and potentially compete for the starting strong safety spot.

The moves the Dallas Cowboys made would seem to indicate they have a high comfort level with Jeff Heath as the other starting safety next to Xavier Woods. For a team that has had few misses in recent years, how they’ve approached the safety position this offseason speaks volumes.

Head Coach Jason Garrett loves to create competition for his football team. Generally, the only players that find theme selves as unquestioned starters are the quarterback and veterans with a track record of production.

Chidobe Awuzie is one of the players I’m most intrigued to watch this season because of the way he played last year.

Statistically, Awuzie has a rough season in 2018, but if you watch him closely, there were few times that he wasn’t in excellent position to defend the pass. He just wasn’t able to make a play on the ball to prevent the reception. He struggled in the first half of the season and was getting picked on, but if you’ll recall, he had a really good second half of the season.

I really like Awuzie’s game. He’s got good athleticism and is able to play the ball in the air. He’s a physical player and is willing to play the run. I think he’s a player that is primed for a breakout season. Remember he was limited for much of his rookie season because of injury, so 2018 was his first full training camp and season. After getting beat a lot in the first half of the season, he settled in during the second half.

The player that could challenge Awuzie at left corner back is Jourdan Lewis. Lewis has sticky coverage skills and by all reports has been the best defensive back in the OTA and minicamp practices. Much had been made about Lewis’ body not fitting Kris Richard’s prototype for a corner back, but Richard has talked glowingly about Lewis this offseason.

With Byron Jones our nursing a hip injury, Lewis could very well start the season at right corner, but if he continues to play well and Awuzie struggles, you could see Lewis take over on the left side.

What do you make of this year’s defensive back group? Do you think Jourdan Lewis could wind up as a weak one starter?

If you’ve got any Cowboys questions, make sure you leave them in the comment section. 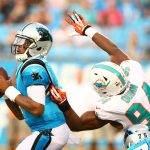 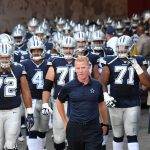