In the NFL, the NFC East is notorious for its heated rivalries. Still, nothing compares to the hysterics surrounding the Philadelphia Eagles and “America's Team” the Dallas Cowboys. In light of the upcoming Monday Night Football game between the two, let’s preview the bitter rivalry and the next battle in store.

The New York Giants and Washington Football Team kickstarted the first NFL 2021/22 NFC East matchup. However, the control of the division will be handed to whichever team walks out successful this Monday Night, when the Dallas Cowboys play host to their long-term rivals, the Philadelphia Eagles, in Arlington.

Both teams have begun their season splitting results with a 1-1 record, most recently with Dallas defeating the Chargers and the Eagles losing to the 49ers. This time last year, newly appointed Dallas Head Coach Mike McCarthy started his season losing the first season game to come back and defeat the Eagles. Although, it was a tremendous disappointment for all teams in the NFC East during 2020/21. Philadelphia replaced their Super Bowl-winning head coach for this season, and Nick Sirianni will be looking to gain trust from the fans by defeating their divisional foes this Monday.

The Most Bitter Rivalry in NFL History

During the 1970s, when the Cowboys became “America’s team”, they consistently won games in prolific fashion, and hammering the Eagles was a regular occurrence. But the dark side of football is often pointed toward Philadelphia fans whose lack of on-field excellence has been made up with hostility.

The Eagles' reputation has suffered, with a history of violence and backlash towards other NFL fans, primarily those who support the Dallas Cowboys. One distasteful instance came when Eagles fans celebrated in cheer as Cowboys legend Michael Irvin was removed from the game following a career-threatening neck injury.

In other instances that fuelled the rivalry, the infamous Bounty Bowl in 1989 ended with Cowboys coaching staff accusing the Eagles head coach of paying players to injure Cowboys players. The Eagles entered the second meeting with the Cowboys in December of that year and won again. This didn’t prevent Philadelphia fans from launching snow, ice, and various objects at Cowboys players and coaches.

Eagles supporters show a distinctive hatred for Cowboys fans; in some instances, I believe the fanbase would instead give up the Super Bowl than a loss to Dallas. I doubt the echoing “Dallas Sucks” will ever separate itself from the mouths of Eagles fans. 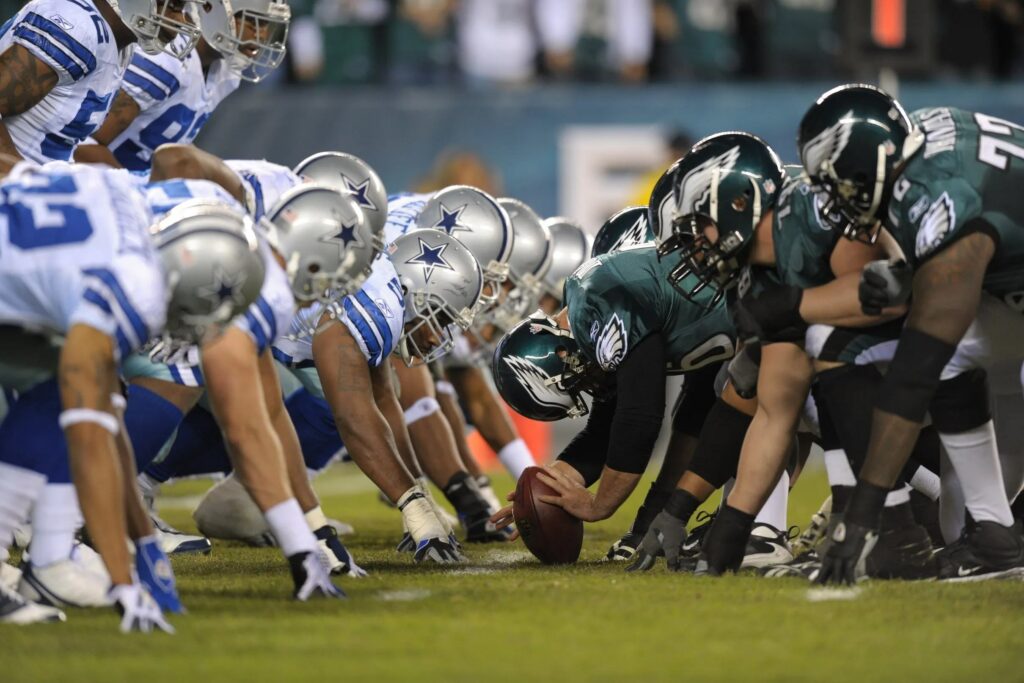 Cowboys vs. Eagles: The Numbers

The Dallas Cowboys have lifted five Super Bowl trophies throughout the last century, and the Eagles have just one Super Bowl victory. However, Dallas has failed to progress into an NFC Championship playoff game in over 25 years. Since then, the Eagles have advanced to the Super Bowl on two occasions, lifting the trophy in 2018.

In overall statistics, Dallas is leading the rivalry 70-54, and the NFL betting lines favor the Cowboys to win this Monday’s meeting. It’s been a while, but “America’s Team” has the attention on them following a preseason feature on HBO’s “Hard Knocks” television show.

Rollercoaster results have been the story for both teams. The Cowboys multiple playoff wins and the Eagles lifting the Super Bowl haven’t been sustainable in form, as neither side has managed to repeat as a division champion since 2004.

Monday’s game will likely determine the division winner, as the NFC East matchups winner usually decides the future leader. Both teams realize this early season win will leave the loser in a position of playing catch up.

With that said, it’s hard to give the Eagles a winning chance. Injury concerns are already plaguing the Eagles secondary, who will struggle versus Dak Prescott & gang. The offensive head-to-head is too big, and we should anticipate the Cowboys exposing this factor early.

Tony Pollard and Ezekiel Elliott had a great game last week, but Eagles Defensive End Brandon Graham is out for the year. A massive blow to the Eagles defense is coming at the worst time against a Cowboys team with evidential aerial assaults and an on-pitch groove that clicked into place last week. 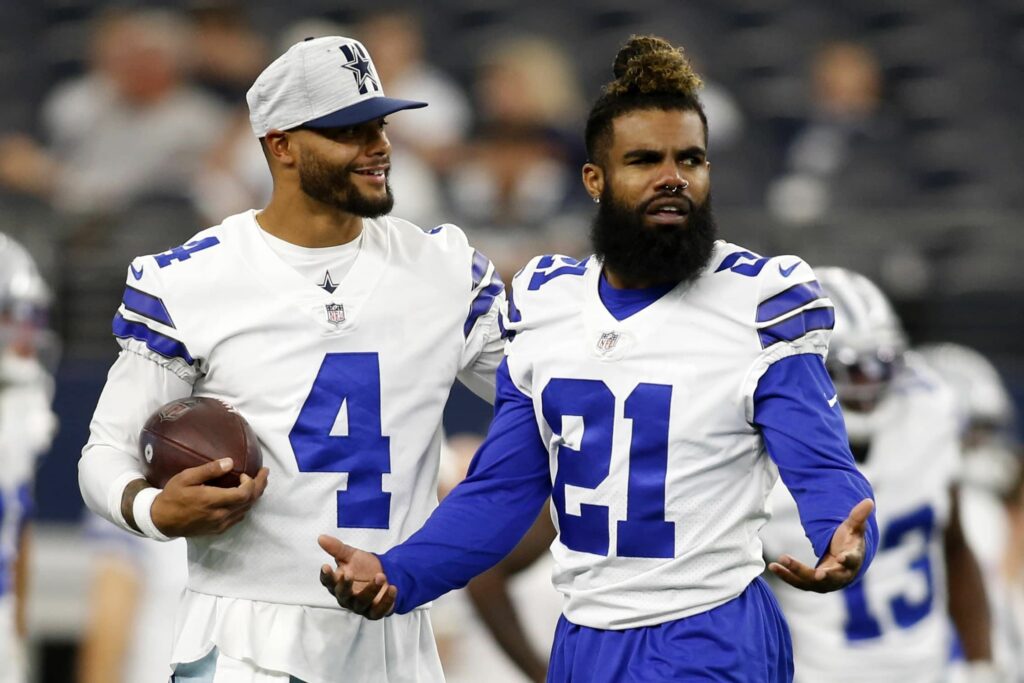 In defense, the Cowboys do have work remaining, but they continue to get the job done. Turnovers define establishing your own luck, and that’s precisely what they’ve done. The secondary is playing strategic, and there’s a lot of positives about this group’s confidence.

The defense will allow one or two breaks, but I believe they’ll give enough to keep this game winnable for the Cowboys' offense.

No matter what the result ends in, the Cowboys and Eagles are a game that America will be tuning in to witness. The game could stay tight in the first half, but I predict the Cowboys will leave one step ahead in the NFC East title race.

Star Staffhttps://InsideTheStar.com/
This is the General Staff account for Inside The Star, a blog for Dallas Cowboys news, scores, schedule, rumors, and analysis. We are the official home for @CowboysNation on Twitter. Follow us today for new content updates straight from our timeline. To learn more about our staff, please visit our Staff listing.
Previous articleWill Ezekiel Elliott, Amari Cooper Continue Elite Play vs Eagles at Home?
Next articleCowboys Need Both Sides of Offense Tonight vs Eagles

If you're like me, you probably felt weird waking up this morning because you realized that you won't have to worry about what time...
Read more
Game Notes

The first NFC East match-up is upon us. The New York Giants will host the Dallas Cowboys this Monday in a very interesting situation....
Read more
Cowboys News