The Dallas Cowboys offense will mostly remain the same in terms of players. However, a big change is coming with new offensive coordinator Kellen Moore taking over the talented unit. In a special edition of Cowboys Wishlist, I'll share the three big things I want to see in Moore's offense in 2019.

Let me know what you want to see in the comments section below or tweet me @MauNFL! 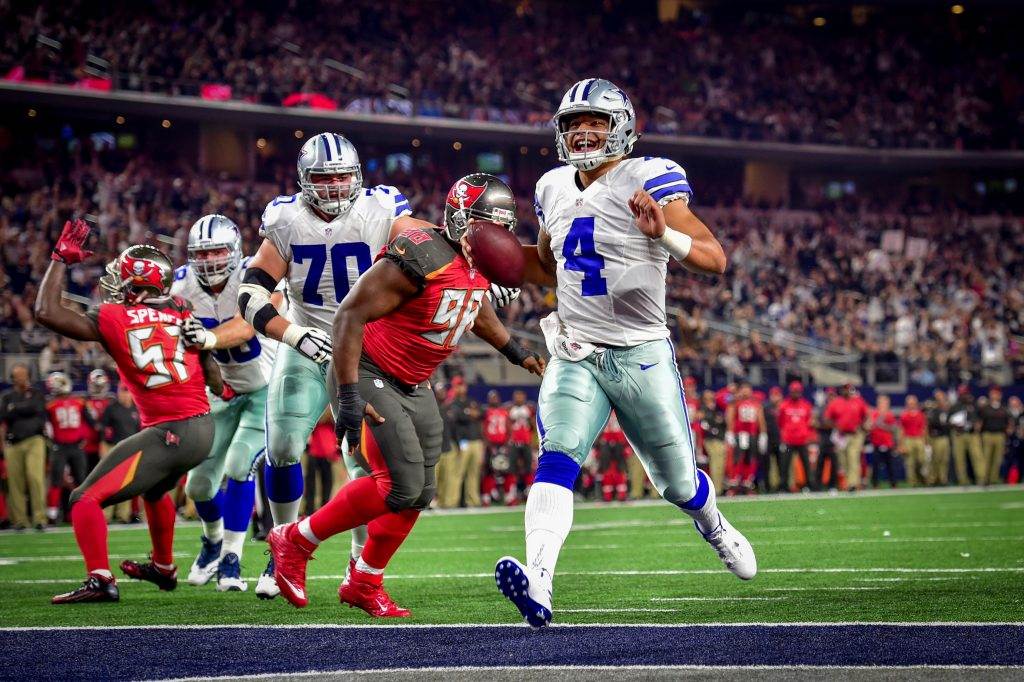 Despite Dak Prescott's skills as a runner, rarely did we see the Cowboys run read option plays. For a team that seems to have the perfect duo for these plays, they certainly seemed to have wasted it over the last few years. This is an offense that has plenty of talent to be struggling as much as they did in the red zone last year.

Imagine being concerned about Ezekiel Elliott getting the ball and Dak Prescott keeping it at the same time? Not to mention the play action threat with a group of receivers led by Amari Cooper, Michael Gallup and Randall Cobb… oh, and a veteran tight end in Jason Witten who might be older but whose hands are very reliable.

The Athletic's Bob Sturm pointed out Prescott's average of 4.46 yards per carry and 18 touchdowns in the red zone between 2016 and 2018. The league average for all players is 2.64 and there's no one close to over four yards and over 10 touchdowns in the league. Dak has been dangerous when using his legs and yet, the Cowboys haven't used the read option as much. I hope that changes with Kellen Moore taking over.

I'm still impressed by how little the Cowboys utilized their tight ends in 2018. In fact, as Bobby Belt noted on Twitter a few months ago, this has happened consistently in Scott Linehan's career.

One thing you consistently see when Scott Linehan takes over an offense is a drop in the starting tight end's production.

Randy McMichael, Byron Chamberlain, and Jason Witten all saw drops in yards per catch, receptions per game, and yards per game once Linehan took over.

Last year, Blake Jarwin had only three games with more than three targets. In those games, he racked up 56, 45 and 119 yards. This makes me wonder if the real problem at tight end last season was more about how they were utilized rather than the players at the position.

With Jason Witten back, Jarwin and the future Hall of Famer could split the snaps. Hopefully, Kellen Moore gives them a more active role on the offense. I really think we'll see way more from them.

Pre-snap motion is truly a thing of beauty. The simple fact of getting a player in motion before the ball is snapped can go a long way to keep a defense in its toes and cause confusion to set up a successful play. In Boise State, Moore ran an offense that heavily relied on pre-snap motions.

The first year offensive coordinator won't turn the Cowboys into the new L.A. Rams but he can add this kind of trickery to help Dallas take the next step offensively. Dak Prescott will be playing his fourth year of professional football and adding this to the offense will only help the young QB by making his reads even easier.

Mauricio Rodriguezhttps://www.facebook.com/PrimeroCowboys/
I love to write, I love football and I love the Dallas Cowboys. I've been rooting for America's team all the way from Mexico ever since I can remember. If you want to talk football, I'm in... You'll find me at @MauNFL.
Previous article
Why I’m Not Buying The Jason Witten Rejuvenation Story
Next article
Dallas Cowboys 2019 Schedule: Way-too-Early Win/Loss Game Predictions