It's a football game against an AFC opponent that shouldn't matter a lot for the Dallas Cowboys. However, playing the New England Patriots is always a huge thing for the fans. They've been the best team in the NFL for a long time and they know how to defend their own turf.

Can the Dallas Cowboys beat the Patriots in one of the biggest upsets of the season? We'll find out. But now, let's get to this week's edition of Cowboys Wishlist.

Wish #1: Get The Huge Upset

Last year, many in Cowboys Nation believed that the Cowboys wouldn't get it done in New Orleans. However, in one of the biggest shocks of the year, they pulled off the upset. I'll tell you right now that this game in Foxborough has a similar feel to that game last season.

The Cowboys are road underdogs and are facing a great team in New England. Whatever happens, my main wish is to get that unexpected win in a game that boosts this team as they head to December football. So far, 2019 has been so-so for the Cowboys. This win will change the way how they're perceived nationally.

One of the biggest stories coming into this game is the return of Patriots LT Isaiah Wynn. In his absence, Tom Brady has had to endure constant pressure from the blind side thanks to poor performances from Marshall Newhouse.

Wynn won't have an easy “welcome back” game as he gets ready to face DE Robert Quinn. Quinn has been a great acquisition for Dallas as he leads the team with 8.5 sacks and is tied for first on QB pressures at 23.

To beat the Patriots you need to keep Brady under pressure and if Quinn outplays Wynn today, things should go in the right direction for the Cowboys. 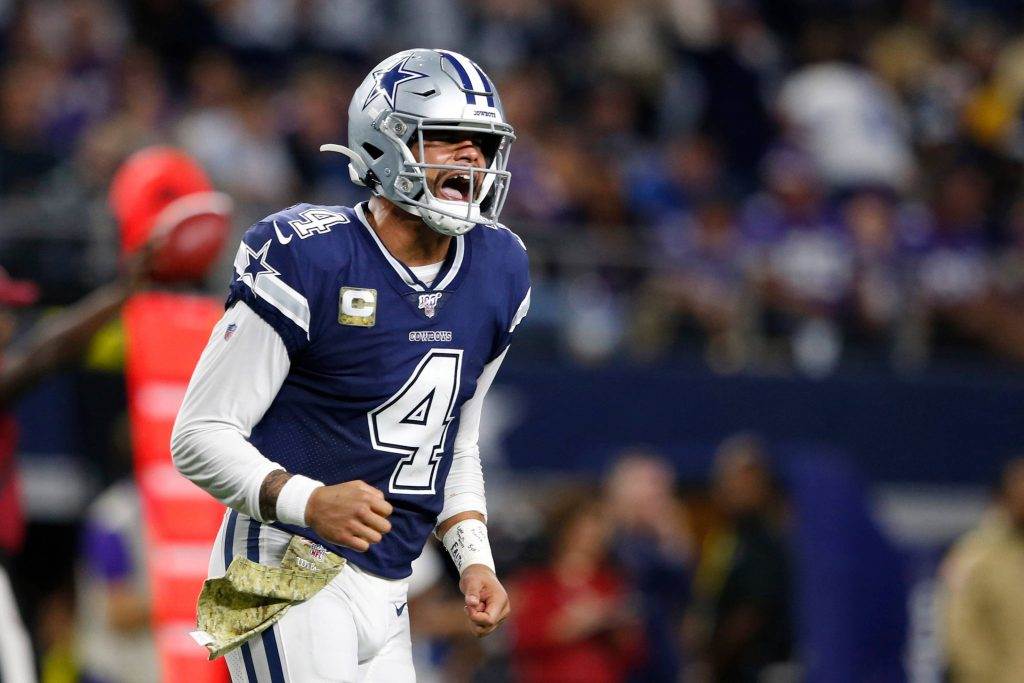 This is Dak Prescott's chance to become known as a legitimate MVP candidate. I believe he already is, but Russell Wilson and Lamar Jackson have the advantage at the moment. But beating the Patriots on the road in late November?

The Cowboys are facing the best secondary in football. But the Patriots are facing one of the best passing games in football, as well. At least according to DVOA, they are.

The Cowboys need Sean Lee to step up today. Leighton Vander Esch is out due to a neck injury and with the team thin at the position, Lee has to play lights out. He'll likely find himself in plenty of situations versus RB James White, who's the second team-leader in receptions and receiving yards.

Neutralizing White is a must if the Cowboys are to win. I wish Lee gets the job done with a vintage performance while staying healthy.

This will likely be a game defined by turnovers. The Cowboys need to avoid the big interception or fumble. The Patriots own the best turnover differential in the NFL with a ridiculous +18. No other team has more than +9. Meanwhile, the Cowboys have a -1 differential. The difference between both teams is dictated by takeaways (Patriots have 28, Cowboys have 12) and not so much turnovers.

It'll be very interesting to see if any team turns the ball over today. If the Cowboys can win this battle, they'll be in it late in the game.

Mauricio Rodriguezhttps://www.facebook.com/PrimeroCowboys/
I love to write, I love football and I love the Dallas Cowboys. I've been rooting for America's team all the way from Mexico ever since I can remember. If you want to talk football, I'm in... You'll find me at @MauNFL.
Previous articleCowboys Need Long-Term Strategy for Leighton Vander Esch’s Neck Issues
Next articleBiggest Mismatch in Cowboys-Patriots Game Won’t be on the Field