The Dallas Cowboys will play in Lincoln Financial Field tonight as they take the field against their NFC East rivals, the Philadelphia Eagles. None of these teams have had the success they expected to prior to the season, but the Cowboys are in a way worse position than the defending Super Bowl Champions and have little reason to believe that will change anytime soon.

With the Dallas Cowboys at 3-5, it's not easy to put together a week 10 edition of Cowboys Wishlist. But anyway… Cowboys Nation should be looking for silver linings on the team and that's precisely what we'll do today.

A lot has been said about Cowboys' QB Dak Prescott. Many discussions have taken place – and will continue to – about what the future should be for the 2016 Offensive Rookie of the Year and the quarterback position in Dallas. The bottom line is Prescott hasn't been playing well. He seems to be taking steps backwards and hasn't made any progress as far as his pocket awareness is concerned.

Without their 2019 first rounder, it's likely he'll still be the guy next season, regardless of who's coaching the team. Hopefully, he starts turning things around versus the Eagles so we can all feel better about the future. 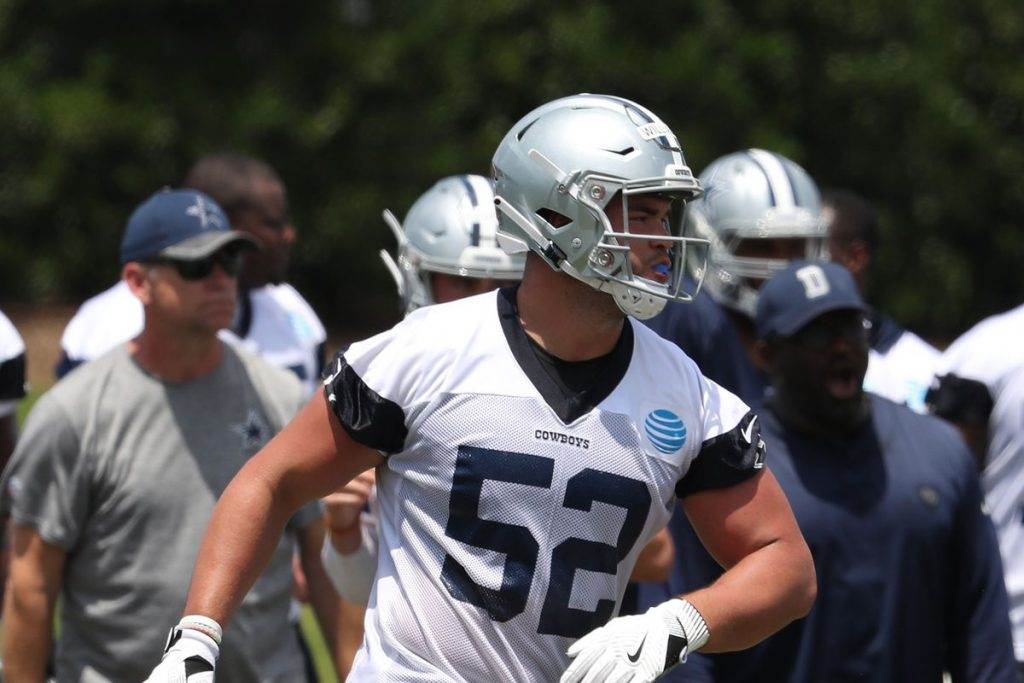 Second round pick Connor Williams hasn't been as impressive as many hoped at left guard for the Cowboys. Even still, the Cowboys will miss their starting offensive lineman when they line up on Sunday Night versus a powerful front seven featuring Fletcher Cox at DT.

Williams' injury will have Xavier Su'a-Filo filling in as the starter. Hopefully, this OL that hasn't been dominant at all does well to help Prescott's case out. It's worth noting this will be their second game with Marc Colombo coaching the OL.

This week, I wrote about whether or not would Leighton Vander Esch be able to do enough to be considered in the Defensive Rookie of the Year discussion. Earlier this year, the rookie linebacker was able to do very well when Sean Lee went down injured. Now the veteran is down again and it'll be interesting to see if the first round pick out of Boise State will be able to replicate his success filling in for Lee.

He's got a solid test ahead of him going against an Eagles team with two very good tight ends and a decent running game after losing Jay Ajayi.

The Cowboys' front office was heavily criticized by the aggressive trade for Cooper and even more when the Eagles got former Lion Golden Tate for only a third round pick. One game will not define which move was  better since there are a lot of factors to consider, but I'm sure I'm not the only one who would love to watch Cooper outplaying Tate big time.

It'd definitely make fans feel better about the current situation. I'll take it as a small win in an otherwise losing season.

Mauricio Rodriguezhttps://www.facebook.com/PrimeroCowboys/
I love to write, I love football and I love the Dallas Cowboys. I've been rooting for America's team all the way from Mexico ever since I can remember. If you want to talk football, I'm in... You'll find me at @MauNFL.
Previous article
3 Keys for the Dallas Cowboys vs the Philadelphia Eagles
Next article
Cowboys at Eagles: Last Chance for Offensive Line to Save Season?

Yes the title doesn't deceive your eyes, there seems to be a possibility that three NFC East teams could make the playoffs. At the moment,...
Read more