My biggest wish of the day is for the Dallas Cowboys to win their football game. It's been more than two weeks since we've been able to enjoy a good victory. The New York Jets present us with a favorable matchup and what should be an easy game for the Cowboys. However, this is the NFL, and surprising things can happen any given Sunday. Dallas can't take this game for granted.

Let's get into this week's Cowboys Wishlist! Make sure to let me know yours in the comments section below or tweet them at me @MauNFL and let's talk football!

Last week's performance was a painful one to watch. While we can take a look at every single aspect of the game to find out why the Cowboys lost, it's actually pretty simple. Dak Prescott and the Dallas' offense turned the ball over three times. If you have a -3 turnover differential, you're losing that games nine times out of ten.

The Cowboys offense is better than given credit for, but if they keep handing the ball to opposing teams, no one will notice that. It's a simple wish, but an important one. Just stop turning the ball over.

As Aaron Jones plowed his way through the Cowboys' defense for 107 yards and four rushing touchdowns, the lack of quality defensive tackle play was very noticeable. The defense was pushed around in the trenches just about every play. Antwaun Woods has been injured recently, but not even with him coming back will the Cowboys solve their problems.

As the team's three-technique, Maliek Collins has also struggled to stop the run and bring pressure. This time, they're facing a Jets offense that's led by RB Le'Veon Bell. Could things go south versus a 0-4 New York squad? I doubt it, but if they do, I'd bet it's because of Bell. Hopefully, the Cowboys win the battle.

I can't get over the fact that with the Cowboys trailing late in the game last Sunday, it was Jason Witten who was still on the field and not Blake Jarwin. I love Witten, but doesn't Jarwin have better deep-threat potential? I've been surprised by #82 and how well he's played since coming back, but I'm still a firm believer that Jarwin should get more playing time.

Through five weeks, Jarwin has played on 125 of the offensive snaps while Witten has been in for 240. I wish Jarwin gets more playing time today. 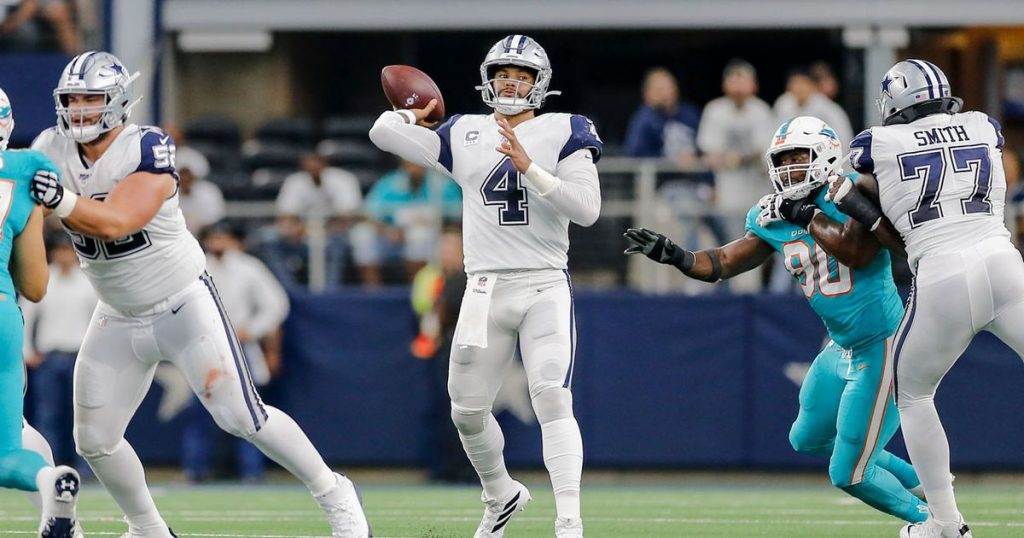 What is wrong with the Cowboys when the games start? They have yet to have a good start this season. Even when they faced the Washington Redskins, New York Giants, and the Miami Dolphins they struggled to get it going. I don't know if it's an execution problem or bad play-scripting from the coaches but this will get the Cowboys in trouble if it isn't fixed.

It's a 60-minute game and if you start playing well late, you'll be beaten as the season goes on. The Cowboys need to figure this out, and the Jets are a fortunate opponent to get back on track.

Mauricio Rodriguezhttps://www.facebook.com/PrimeroCowboys/
I love to write, I love football and I love the Dallas Cowboys. I've been rooting for America's team all the way from Mexico ever since I can remember. If you want to talk football, I'm in... You'll find me at @MauNFL.
Previous article
Will Cowboys DE DeMarcus Lawrence Finally Go Off Against Jets?
Next article
NYJ 24, DAL 22: Cowboys Comeback Comes Up Short Again

When your favorite NFL team is on a bye week, it can be a pretty boring Sunday. This week the Dallas Cowboys will be...
Cowboys News