Quietly over the last four or five years, the Dallas Cowboys have done a very good job stocking up on secondary talent thanks to the watchful eye of Vice President of Player Personnel Will McClay. In 2015, Byron Jones was selected with the 27th pick of the first round. At Connecticut, he played both corner and safety but was used as the latter mostly early on in his career. When the Cowboys brought in Kris Richard in 2018 to be the team's Defensive Backs Coach and Passing Game Coordinator he put Jones permanently at corner, and an all-pro season followed.

Jones is currently nursing a hip injury that will keep him out through the entire preseason. He's set to make 6.2 million on the final year of his rookie deal and will be an unrestricted free agent in 2020 if no new contract comes about. Jones is one of a plethora of players who are up for new deals soon.

2016 saw the arrival of Cornerback Anthony Brown who was drafted in the sixth round. He is the team's primary nickel/slot corner. Brown has played in 47 out of a possible 48 games with 30 starts in his first three years. His production has been very solid with 155 tackles and 27 passes defended. Set to make just over 2 million on the final year of his rookie deal, he too like Bryon Jones will be an unrestricted free agent in 2020. Contract years bring out the best in players more times than not, we'll see if his play is worthy of a second contract with Dallas.

23 picks later Safety Kavon Frazier was also taken in the sixth round. A very good special teams player and depth guy to have on your roster. His name may not be a flashy one but he's one of the those “glue guys” as they say needed to form a winner. He'll also be looking to impress as he enters a contract year, making the preseason his time to really get some reps in.

2017 brought several pieces to the back end of the Cowboys defense. In the second round, Cornerback Chidobe Awuzie was taken out of Colorado. After battling hamstring and ankle injuries early on in his career, he's developed into a very reliable starter at his position. Coming off a 71 tackle season that also included 11 passes defended, Awuzie has shown that he's more than capable of being the team's number one corner if Byron Jones should happen to test free agency in 2020.

The next round saw Jourdan Lewis selected out of Michigan. A sure first-rounder until a domestic violence case dropped his stock and seemingly dropped him right into the Cowboys lap. Once a forgotten man in the scheme, he's showing in training camp why he was a first-round talent and a former two-time First-Team All-American in college. Lewis can easily be the number two corner after Awuzie if Jones leaves.

The sixth round saw Safety Xavier Woods out of Louisiana Tech selected. After two seasons he's become the unquestioned top dog at the free safety position. Last season he tripled his passes defended from his rookie year to 9 and racked up 56 tackles. Having a big 2019 is important for him because it could definitely push his name up the priority list when he plays for a new deal in 2020.

Just four months ago during the 2019 NFL Draft two more young and promising pieces we're added to Kris Richard's army. In the fifth round, Michael Jackson from Miami came in as a big/long corner at 6'1 with 32.5-inch arms. His size can also transition to safety if need be in my opinion. Also, Donovan Wilson was taken in the sixth round to add another safety to the roster. He has the versatility to play either safety spot or nickel corner as he did so at Texas A&M.

It's key that the secondary continues to develop and they'll no doubt be tested in 2019. They'll face Tom Brady, Aaron Rodgers, and Drew Brees. The better competition you face the faster your own maturation process will be.

There's no lack of talent or youth in Kris Richard's defensive backfield. Even though they have several players up for new deals soon, they have enough depth that if one or a few should leave they can fill those holes quickly. The reliable bodies in the secondary are in abundance in Dallas. 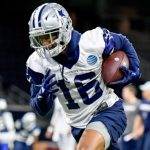 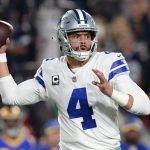