Week 15 around the NFL won't officially conclude until tomorrow, with the Cowboys next opponent in Washington playing at Philadelphia. Sunday was as good a day as the Cowboys could hope for though, as they took care of business at the Giants and saw other results around the NFC move them into the second seed.

Facing the team they scored a season-high 44 points against at home, the Cowboys offense showed signs of finding itself again – sparked by an opportunistic defense that created four takeaways.

Scoring off three of these turnovers, the Cowboys never let the Giants get back in this game with a 15-3 halftime lead. The Cowboys couldn't clinch a playoff spot or the NFC East on Sunday thanks to results on Thursday and Saturday, but have had both well in their sights before any second meetings with division rivals.

All but one of the Cowboys remaining games will be an NFC East rematch, starting this week as they finally return home. Before they do so and prepare for a WFT team that will be coming off short rest, here are my notes on the win in New Jersey. 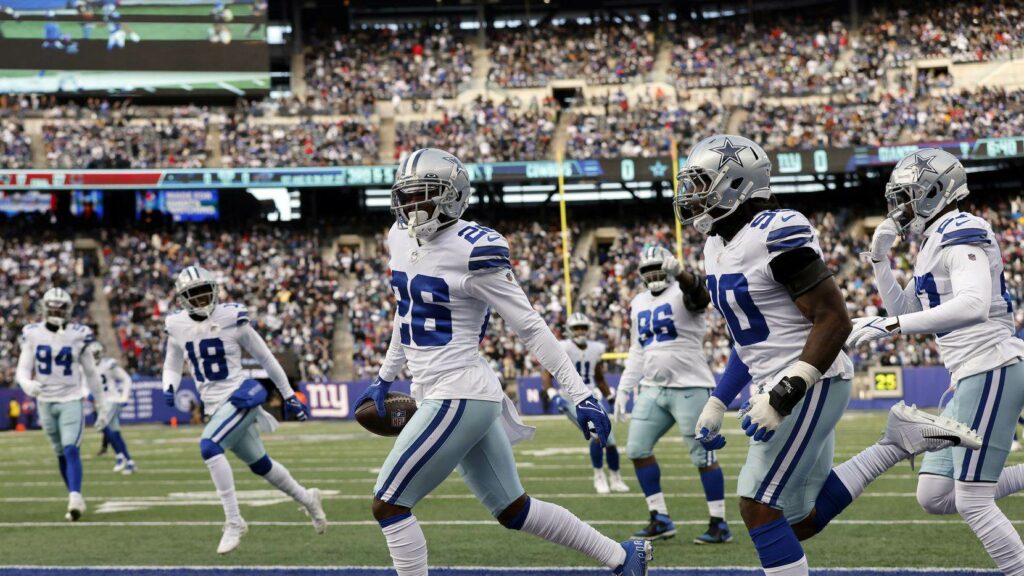 Putting Connor Williams back in the starting lineup at left guard was the right decision, and it paid off in the Cowboys run game. While Dallas is still figuring out how to attack defenses vertically, they were able to stretch the Giants sideline to sideline in the run game thanks in large part to Williams' mobility. Consistently getting to the second level against a depleted Giants linebacker group, Williams was an upgrade over Connor McGovern in the run game.

Playing a penalty-free game in pass protection was another positive for Williams, though it was a pressure he allowed on the Cowboys' opening drive that potentially caused Dak Prescott to miss a big play to CeeDee Lamb. For weeks now the talk around this offense has been minor adjustments to make a big difference, and this was an example of just that.

The benefits of playing Williams for opportunities like this far outweigh what the Cowboys were getting from McGovern on an every down basis.

Give Micah Parsons credit for coming off the edge quickly on Jourdan Lewis' interception. The Cowboys got the ball right back after their opening drive punt, thanks to Lewis' third interception of the year. DeMarcus Lawrence made the play by pressuring Mike Glennon up the middle, but Parsons drew the help from Devontae Booker. The Giants had a tight end trying to block Parsons, and the DPOY candidate did exactly what he should have with the mismatch.

Parsons came off the edge fast enough to contain Glennon and occupy blockers, allowing Lawrence to get home on the power rush. Paired with strong play by Justin Hamilton and Neville Gallimore inside, the depth of the Cowboys defensive line is easily the strength of this team right now. The Cowboys were without Trysten Hill and Osa Odighizuwa on Sunday, but both players are expected back as early as this week.

Though the drive ended in a punt after an incomplete deep shot for Michael Gallup, the three plays before it were some of the most promising from Kellen Moore. The sequencing on these plays showed a glimpse of the Cowboys offense that's been missing since the first seven weeks of the season. After a check down to Tony Pollard, Prescott faked to Pollard on the next snap with McGovern at fullback. This freed up Lamb for a big gain, but the pass was dropped setting up third down.

Without McGovern on the field for third down, Prescott was pressured and threw a strike to Dalton Schultz for a first down. Though some of the anticipation throws into open spaces weren't there for Prescott, his zip and accuracy on throws in big spots was enough for the Cowboys offense to sustain drives and take the Giants out of this game.

The miss to Gallup wouldn't be remembered postgame so much if it wasn't the only true time the Cowboys went downfield, as the Lamb drop was erased by a first down. Prescott's touchdown throw to Schultz was another to hang his hat on, as the Cowboys scored six on a short field created by a turnover on downs.

This turnover on downs was credited to Justin Hamilton for stopping Mike Glennon on a QB sneak, but Trevon Diggs and Jayron Kearse set up the play on third down. Kearse's ability to drop into the proper depths in coverage has been huge for Dan Quinn's defense. It's not only allowed safeties Malik Hooker and Damontae Kazee to come up and make plays in front of them, but helped Diggs and the other cornerbacks play aggressively. On a third and long, Diggs played his man with perfect outside leverage, knowing he had Kearse dropping underneath. Kearse and Diggs combined for the stop to force the Giants into one of two fourth downs they failed to convert on the day.

The Cowboys have outscored their NFC East opponents 133-67 in four meetings this season, and have two more against WFT and the Eagles to look forward to. While their season goals have always reached well beyond the division, the Cowboys are 10-4 with a path to one of the NFC's top two seeds in front of them.

Winning on the road in the NFL rarely comes easy, and the Cowboys have learned that all season – especially over the last three weeks. For the first time since 1969, Dallas won three straight road games, at the Saints, WFT, and Giants.

New Orleans ended Sunday's schedule with a shutout win against the only NFC team the Cowboys have lost to, the Buccaneers. Each Cowboys win this season takes on new meaning as the weeks go by in this new 17 game season, but the most recent one at the Giants was never in doubt for the eventual division champions. 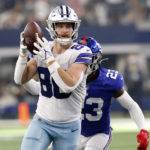 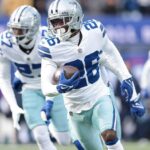