Another year, another draft come and gone. The difference was that this year the Dallas Cowboys were without a first-round pick thanks to their trade for Amari Cooper with Oakland. Their de facto first-round pick would obviously earn an A+ from how well he meshed with Dak Prescott and gave this Cowboys offense another dimension.

Given how well the Cowboys have done in the first round in recent history — all but two of their first round picks since 2011 have been in the Pro Bowl, a trend that continued with last year’s pick, Leighton Vander Esch. This season, the Cowboys only had picks from round two and on. So this year was all about finding value and hoping it would fall into their laps.

Obviously time will tell if any of these players work out or not. For the time being, we can grade the picks based on what we do know. Some picks were worth it, while others raised questions, as well as eyebrows. 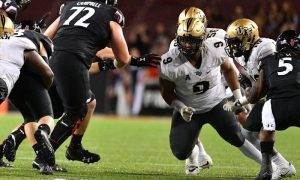 In what has been considered the best defensive line draft in decades, the Cowboys took a bit of a risk with their first “official” pick. Trysten Hill is a first round talent out of UCF, but reports questioning his love for the game had some give him a third round grade.

Dallas has already had an off-season dealing with talented defensive linemen with questions around their passion for the game (i.e. David Irving) and so obviously people didn’t love this pick.

It’s a high risk, high reward move that we’ll have to wait and see how it turns out. 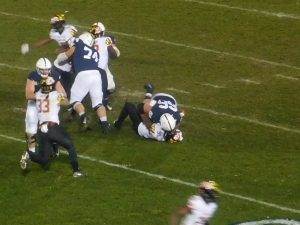 As far as value goes, McGovern was probably the team’s best pick. In my pre-draft rankings, Connor McGovern was my fourth overall interior lineman; a player who you can play anywhere in the interior and start immediately.

However, guard didn’t really seem like a need. This was obviously a “best player available” pick. What this pick has done instead is raise a bunch of questions.

Who’s job could be on the line?

Does this imply the team won’t re-sign La’el Collins?

Is Connor Williams going to play tackle like he did in college?

Is one of them going to get traded?

So many questions surround this pick, but there’s no questioning the player. Connor McGovern is likely a future starter on the line and Cowboys fans should be excited about that.

Tony Pollard might be my favorite #Cowboys pick. Has experience at both the RB and WR position, plus had 7 career kick return TDs in college.

He addresses all 3 needs in 1. #NFLDraft

Returner has been a need for a year now. I never liked the team trading away Ryan Switzer because it created a huge hole on special teams, as well as the receiving core.

The team also needed a backup running back to take the load off Ezekiel Elliott a bit. With Tony Pollard, they get all three positions filled in the form of a player who's 6'0″ 210 pounds, ran a 4.52 40 and compiled 25 total touchdowns. Terrific value in the fourth round. 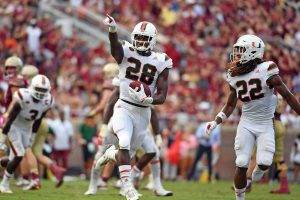 This is the type of corner Kris Richard loves; big and tall. At 6'1″ 200 pounds, Michael Jackson fits the profile.

His 2017 tape was actually better than his 2018 tape, and all four of his career interceptions came in '17. However, the team is obviously betting on his potential, especially with corner being a serious need.

With the Cowboys' four primary corners coming into contract years the next three seasons, odds are that at least one will be gone. MJ doesn’t fill in day one as a difference maker but, given some time under Kris Richard, he could be a nice player. 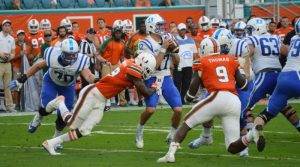 Take Joe Jackson, new Cowboy, as well as Michael and Darius Jackson, and the team is just two short of a Jackson 5 reunion.

The team has been very busy trying to rebuild the depth at edge and Joe Jackson is icing on an already stacked cake. In an off-season that saw the retirement of David Irving and another suspension for Randy Gregory, the team was able to extend DeMarcus Lawrence and trade for Robert Quinn.

The edge room was already full but you can never have too many.

Joe Jackson is a fun, productive player from The U, who was teammates with the previous pick, Michael Jackson. In his career, he totaled 24 sacks and 37.5 tackles for loss all in three seasons. He’s not the fastest edge rusher in the world but has plenty of power to make up for it. With the team only for sure having DeMarcus Lawrence guaranteed beyond 2019, it’s good to have as much talent as possible. 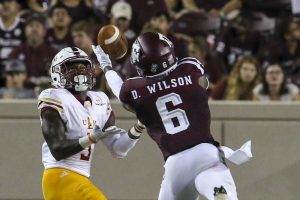 The team really needed a safety and it enraged most people that they didn’t pick one earlier. Especially with Taylor Rapp, Juan Thornhill and Amani Hooker all available at different times.

Donovan Wilson is an interesting pick. His career has been a rollercoaster while at Texas A&M, with a highly productive 2015 season, a dip in 2016, a fractured foot in the 2017 opener, and a rebound 2018 season.

Had his career not been derailed by his injury, he’s likely gone way before the sixth round and the Cowboys are obviously betting on his potential. Meets a need, but not a plug-in right away type of pick. 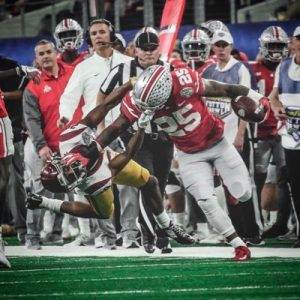 Tony Pollard is going to get first crack at the backup running back spot. However, given that he’s also the team’s likely return man as well, it makes sense that they’d want to deepen the running back room to give the team a true RB2.

Mike Weber was Ezekiel Elliott’s teammate at Ohio State, but didn’t come close to the impact Elliott had. Only topping 1,000 yards once in college, Weber is likely in competition with Darius Jackson for the backup spot.

He’s not as flashy as Zeke but can pick up the slack when asked to and is a solid receiver out of the backfield. If Weber can’t beat Jackson for the backup spot, then Weber is a likely candidate for the practice squad. 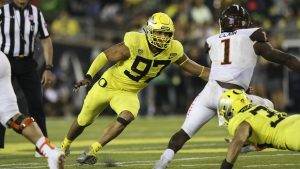 Jalen Jelks falls into a similar boat that both Hurricanes players are in. Like Joe Jackson, he’s a good solid edge piece (fifth round draft grade), but like Michael Jackson, his prior season's tape was better than his final season.

It's interesting that the Cowboys would pick a player who seems to be better suited to play in a 3-4 as a OLB, but has plenty of starter potential. Otherwise he’s a player that’s likely headed to the practice squad that the Cowboys wanted to make sure they get first crack at. Still, a good value in terms of where he was picked.

Shane Carterhttps://dawgpounddaily.com/author/scarter1/
Lifelong Cowboys fan, who doesn’t mind telling the harsh truth. I’ve got a Bachelors Degree in Electronic Media and Communications from Texas Tech University. I welcome all opinions but I will shut down any troll.
Previous article
Running Back Mike Weber Named Cowboys’ Best Value Pick
Next article
Cowboys 2019 Draft Fixed One of Team’s Biggest Problems