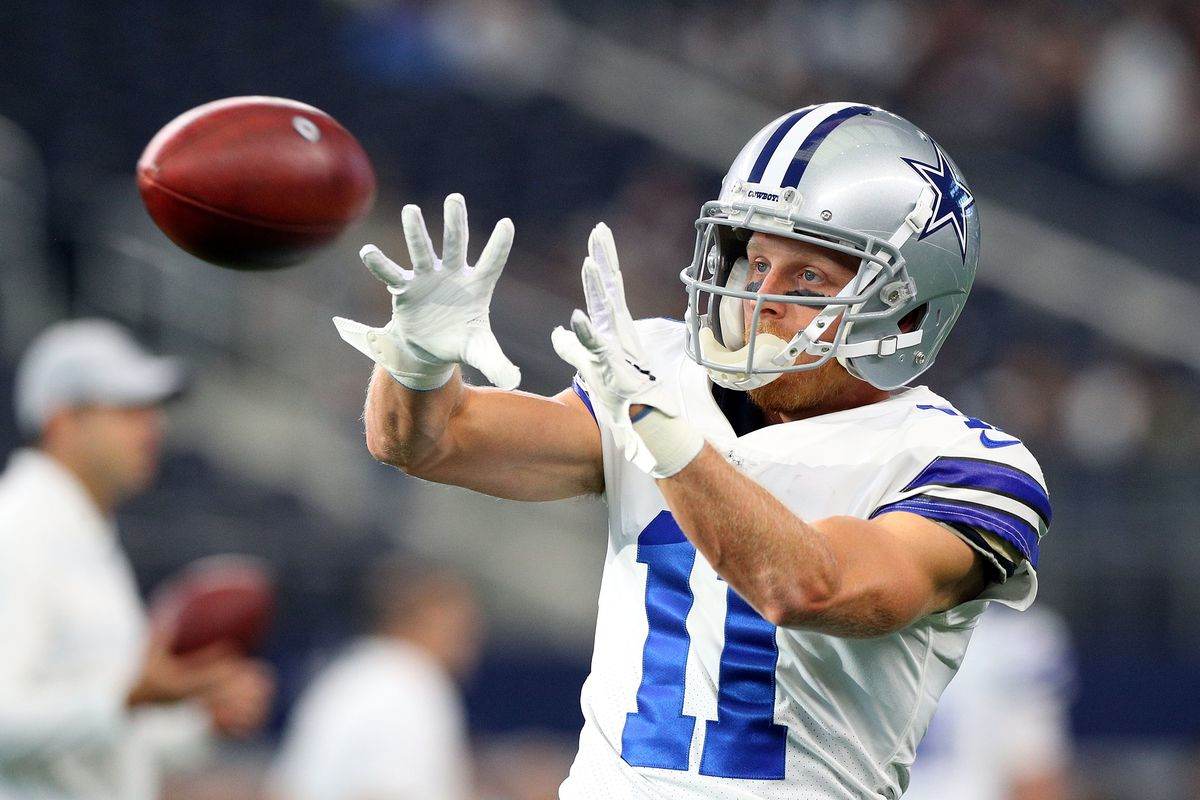 The Dallas Cowboys' year in 2018 was marked by big moves at wide receiver. Dez Bryant was released in April and then a first-round pick was traded in October to add Amari Cooper. Could this 2019 offseason offer anything close to that level of activity?

Unlike last season, Dallas should enjoy some stability in its starting lineup at receiver. Cooper returns at a much higher price, with the $13.9 million cap hit from his fifth-year option coming into player. Amari cost just $412k against the Cowboys' salary cap last year.

That huge jump in cap cost may hurt but Cooper backed it up with his Pro Bowl play in 2018. The top WR contracts average $15-$17 million per year, so even now Dallas is arguably getting Amari at a bargain.

The Cowboys didn't give up a first-round pick for a year-and-a-half rental, so we can expect them to seek a long-term extension with Cooper in the near future. With the contracts of DeMarcus Lawrence and Dak Prescott more immediate concerns, any new deal for Amari probably won't come until the middle of the season or in 2020.

Not only is WR1 set for next year but Michael Gallup appears locked in as the other starter. Of his 68 targets last year, 40 came in the second half of the year. It was a great season for a third-round rookie, and there are high hopes for Gallup's development in his first full offseason.

The stability up front is a blessing for the Cowboys, but it doesn't relieve them of big decisions at the WR position this offseason. They face a particularly critical choice when it comes to the free agency of Cole Beasley.

It's hard to believe Beasley's already been in Dallas for seven seasons. An undrafted gem, Cole has been one of the team's most reliable offensive players for some time. He led them in receiving in 2016 and has been one of the most efficient, QB-friendly options for the last several years.

Beasley's contract expiring this year is only one issue. He has become very vocal lately about wanting to be a bigger part of the offense. His targets dropped tremendously over the course of 2018, which was especially evident when Cole got just five total passes thrown his way in the two playoffs games.

If Beasley wants a larger role, does that also mean he wants more money? He was making a little over $3 million/season on his last deal.

With Gallup on a cheap rookie contract, Dallas could afford to pay raise Beasley's compensation a bit. But if they don't plan to use him more than they did last year, then perhaps the two parties just aren't a good fit at this point.

If Cole walks in free agency then the Cowboys will now have to find a new number-three receiver. The next best option would be Tavon Austin, but he is also a free agent. However, he could likely be re-signed for a fraction of what Beasley would want.

Austin has the physical skills to be an offensive weapon but he doesn't have the reliable hands that Beasley does. Even if Dallas wants Tavon back solely for his skills on punt returns, they may not be ready to make him a bigger part of the offense.

One option might be promoting Noah Brown, whose at times has reminded us of a young Dez Bryant with his physical playing style. His blocking ability would lend itself to the single-back formations Dallas likes to run out of, and he's flashed some good hands in limited opportunities.

In that scenario Amari Cooper would likely play out of the slot, which he's certainly capable of with his quickness. The same would be done if Dallas went with another internal solution, such as Allen Hurns or Terrance Williams.

That said, the Cowboys are unlikely to pick up the second-year option on Hurns' contract, not wanting to pay him over $6 million in 2019 after last year's low production.Â  It also doesn't seem likely that they want to keep Williams after last year's issues.

Taking all of that into consideration, Dallas may very well be doing some WR shopping in free agency. Fortunately for them, it's a favorable market if you're looking for a slot receiver.

On top of Beasley and Austin already in the free agent pool, Golden Tate could at least match Cole's play if not potentially offer an upgrade. Baltimore's John Brown, Tampa's Adam Humphries, and Washington's Jamison Crowder are all other proven options. Emmanuel Sanders, while not currently a free agent, is a very possible cap casualty for the Broncos.

Guys like Humphries and Crowder are younger than Beasley and could provide better long-term value on their contract. That may be a more attractive option at this point for the Cowboys.

Dallas won't need to add a lot of bodies at WR thanks to a few young prospects. They still have Lance Lenoir and Cedrick Wilson under contract, plus signed 2015 second-round pick Devin Smith as a potential rehabilitation project.

But again, these guys are all just bodies right now. Lenoir has had his opportunities and not done much with them, though he does offer some value as a potential return man. Wilson spent his rookie season on injured reserve.

The Cowboys could still look at a receiver with one of their mid-round draft picks, but it's hard to get much production early there. Last year's play from Michael Gallup was a surprise for a third-rounder.

It's far more likely that Dallas will either work things out with Cole Beasley or pursue a veteran replacement in free agency.

So no, thankfully, we don't have to worry about any monumental changes at the top of the WR depth chart in 2019. But Beasley was more than just a third receiver, and keeping or replacing him will have a significant impact on the offense going forward.

If Dallas is truly ready to commit to Dak Prescott as the quarterback of the future then they can't take anything about his receiving options lightly. Therefore, wide receiver remains an important offseason focus for the Cowboys in 2019.