The NFL trade deadline this season is getting closer. Teams have until November 3rd to either finalize trades for players to help with a potential playoff push or to ship off players with hefty contracts or grievances in order to stock up on draft picks. If history tells us anything, the Cowboys will be involved.

They added players like Amari Cooper and Michael Bennett the past two seasons, and had reportedly asked and offered trades for Earl Thomas and Jamal Adams in back to back seasons.

This year, there are so many holes to fill. Not only are there players and position groups not playing up to standard but injuries have been an absolute plague on the roster. Players like Dak Prescott, Blake Jarwin, and Tyron Smith are gone for the year, while players like Chidobe Awuzie and Sean Lee will come back eventually but without a set timetable.

They’ve got plenty of needs and some could be met with the right moves, but some are going to cost more than others.

Losing Dak Prescott for the season was a major blow to the team but they’re still very much in play for the NFC East and to make the playoffs. Now would be the time to pick off useful players on teams who have little to no shot at competing in 2020.

These players won’t cover all the holes the team has but anyone of them would be a step in the right direction. Some, not just for this year but potentially the future as well.

After a productive first two seasons in the league, including an All-Pro season in 2018, Desmond King has been relatively quiet since.

King plays primarily in the nickel but also plays plenty of safety.

He’s been a tenacious defender for the better part of his career but his usage lately has caused him frustration on social media:

Maybe a change of scenery is what he needs, and at the same time can fill a desperate need in a Cowboys secondary in need of playmakers, in more ways than defense.

His skills would play well in a depleted secondary and as a returner. Using King as the return man would also allow the Cowboys to take Tony Pollard off special teams and be used more on offense. This move would help in more ways than one. 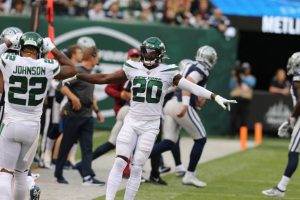 If they can’t get the King, they Maye go a different route to help the secondary. The Cowboys were unable to get a trade done with the Jets for preferred safety, Jamal Adams, but his draft mate Marcus Maye would be an acceptable fallback plan.

With the Jets seemingly going into tank mode, they’re going to start trying to get as many picks for any assets they can spare. Marcus Maye might not be the level of player Adams is but he’s still a very good safety.

He missed 10 games in his second season but has otherwise been healthy his whole career. In four seasons with the Jets, he’s created seven turnovers and broken up 14 passes.

Playing him with Xavier Woods would be a more ideal pairing than what they’ve used so far, and since he wouldn’t fetch too high of a pick, and with the Jets playing for the number one pick, they’re going to start loading up on picks and moving assets. 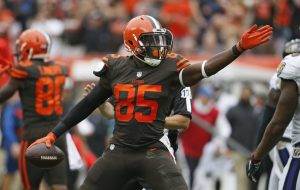 In the offseason, Njoku was looking to get moved out of Cleveland. Not only had they signed Austin Hooper but drafted Harrison Bryant, both of whom have been given the majority of snaps, before and after his short term on IR. Njoku has shown flashes but not enough for the Browns to pick up his fifth-year option.

One team that inquired about a trade was in fact Dallas. Apparently, the Cowboys were not willing to give up a high draft pick (reportedly as high as a first) for the athletic tight end. Given his limited playtime and depth at the position in Dallas have become issues, Jerry might want to give Andrew Berry a call.

His value definitely isn’t that of a first-round pick but his athleticism, combined with the injuries the tight end position has seen, should reopen talks between the Cowboys and Browns, especially now that they’ve played. 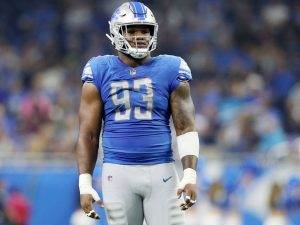 Da’Shawn Hand had a great rookie season in Detroit but has since rarely been heard of. He had a myriad of injuries in his second season, limiting him to only three games. So far in 2020, he’s only got one start and been relegated to a rotational role.

The Cowboys have lost Gerald McCoy and Trysten Hill for the season, Neville Gallimore is still raw and while Tyrone Crawford is still a leader in their locker room, he’s a shell of his former self. Brining in Hand and moving him inside to a three-technique could revamp his career and help an ailing Cowboys defensive line.

Getting Da’Shawn Hand won’t be a sexy trade but it’d improve the line which has been abused all year in the running game and allow Hand to utilize his skills on the inside, a place where he’s played some in Detroit and shown some flashes, and where Dallas is a little desperate. 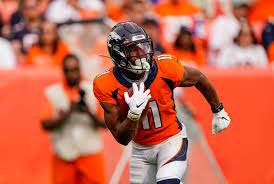 Diontae Spencer might not be a name many are familiar with. However, given the state of the Cowboys special teams, especially in the return game, he fills a bigger need than people are willing to admit.

Tony Pollard, the Cowboys primary kick return man, has struggled, whether it’s been fumbling the return, or taking the ball out of the end zone but failing to get to where a touchback would get them.

For example, the muffed return against the Seahawks that resulted in a safety for the Cowboys.

The Cowboys can go five deep at receiver with their starting trio as well as Cedrick Wilson and Noah Brown, so Spencer would strictly be a special team’s acquisition. He’s a very fast return man who in two seasons in Denver has averaged over 27 yards per kick return and just under 10 yards per punt return with longs of 60 yards (kick) and 42 yards (punt).

Not only would this move give the Cowboys a more reliable returner on both the kicking and punt return teams, but it’d mean Tony Pollard could be used more on offense, where he’s been electric, as well as giving the still-building Bronco’s an additional draft pick. It’s a win-win-win. 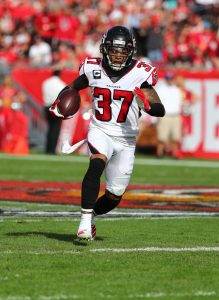 The Cowboys sent Seattle a fifth-round pick for veteran Michael Bennett to bolster their defensive line. The Cowboys could do the same thing with Ricardo Allen.

The only defense that’s been just as maligned, if not more so, is the Falcons. They rank in the bottom three in total yards, passing yards, and scoring allowed in the NFL. With the Falcons appearing to be in a rebuild mode, not only will they be looking to fill their head coach vacancy this offseason but want to garner assets.

Allen would become a restricted free agent after the 2021 season, so would probably be a one and a half year rental they could get for the same price. It would also give them a better option at safety than they’ve played with so far.

It’s not a flashy trade but it’s an improvement where they need it the most. With the postseason still a strong possibility, their secondary could be much better off with a much more proven starter.