Life comes at you fast in the NFL. A month ago, the Dallas Cowboys were 3-0 and sitting in the catbird seat with a two-game lead in the NFC East. However, the last three games have been a nightmare for the Cowboys having left each without a win. Now, they come into Sunday nights battle for first place against the Philadelphia Eagles in desperate need of a win in order to regain the momentum they played with during the first 3 games.

In a game like this, you ideally want to jump out on a team early when you have them on the road in a hostile environment. Here are three key players I feel can help the Cowboys stop the bleeding and get a much-needed win. 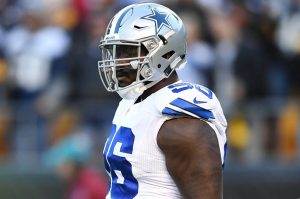 Maliek Collins is the anchor on the interior of the Cowboys defensive line. He came into this season playing for a new deal as he's set to be an unrestricted free agent in 2020. So far this season, he's only managed to register five tackles and two sacks. A quarterbacks worst nightmare is getting pressured from the inside on a consistent basis. If Collins can somehow be disruptive and knock Carson Wentz off his spot and force him outside the pocket he will be a sitting duck for All-Pro Demarcus Lawrence and team sack leader Robert Quinn. Also, him being a force against the run could force the Eagles to become a bit one-dimensional which benefits the entire unit. 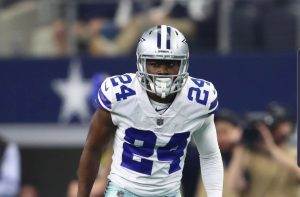 Chidobe Awuzie has struggled a bit so far in 2019. Even though he has 28 tackles, six passes defended, and an interception he at times has been caught not looking back at the football on crucial downs which have to lead to the opposing team moving the chains. Awuzie just simply has to get back to the basic fundamentals of playing the position. The last thing the Cowboys want is Wentz getting into any kind of rhythm early and set the Cowboys defense up for a long game. Sunday nights game will be determined in large part how Awuzie and company handle the Eagles aerial assault. 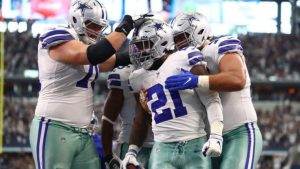 I have beaten this dead horse for weeks and will continue to do so, Ezekiel Elliott needs to be the focal point of the offense. If you go back and watch last week's games against the New York Jets, the Cowboys began picking up steam offensively in the third quarter when Elliott rushed the ball nine times for 33 yards on a 14 play drive that ended in a field goal. He would have 18 of his 28 carries in the second half as the Cowboys outscored the Jets 16-3 after halftime, but still fell short 24-22. When he is methodically moving the chains it slowly but surely wears down a defense. Most importantly, it keeps his defensive teammate's fresh while simultaneously eliminating any chance for the opposing offense to gain any rhythm. This has been the Cowboys formula for three years, and it's brought home two division titles over that span. Stick to your philosophy and let Elliott run you into first place in the NFC East.