The second half of the 2019 NFL season is in full swing. Currently, the Dallas Cowboys are 5-4 and sit atop the NFC East. In most cases, being in this position at this point in the season would be a good thing. However, the Cowboys have struggled mightily since their 3-0 start.

They’ve lost four of their last six games and find themselves holding off the arch-rival Philadelphia Eagles by a thread for control of the division. With the Eagles having won two straight games to pull even in the standings the Cowboys must keep pace in order to have a chance of making the playoffs. Here are five key players to watch vs the Detroit Lions as the Cowboys look to bounce back from last week’s loss. 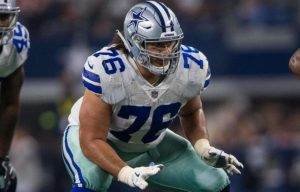 Starting Left Guard Connor Williams had arthroscopic knee surgery earlier this week after suffering an injury during last Sunday’s loss vs the Minnesota Vikings. Even though the procedure is minor he’ll miss a few weeks of action.

Backup Xavier Su’a-Filo will step in for Williams in his absence. This isn’t unfamiliar territory for Su’a Filo, though, as he made eight starts last season filling in for Williams and All-Pro Zack Martin when he missed a few games. Su’a Filo had some bright spots but also struggled at times, which is what you expect from a backup. It will be interesting to see if he can provide stability on the interior which will allow All-Pro Ezekiel Elliott to feast between the tackles and keep pressure off of Dak Prescott. 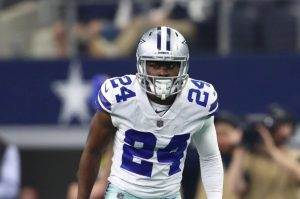 Chidobe Awuzie had a very solid 2018 campaign with 71 tackles, 11 passes defended, an interception, and a forced fumble. He firmly established himself as the team’s number two corner opposite All-Pro Byron Jones.

However, 2019 has not been the kind of season Awuzie had envisioned for himself so far. He has regressed quite a bit to the point that he is a liability too many times in coverage. Specifically, he repeatedly gets caught not looking back at the football which allows pretty easy completions for the quarterbacks the Cowboys face. Quarterback Matthew Stafford has been ruled out this week so maybe facing a backup can get some confidence for Awuzie going forward. If not, the Cowboys may have to consider making Jourdan Lewis the new number two corner and send Awuzie to the bench. 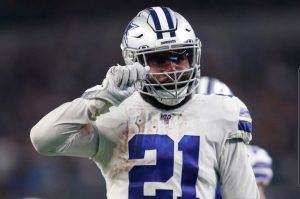 The two-time NFL rushing champion was riding high off of three consecutive 100-yard games before facing the Vikings last week. Unfortunately, the Cowboys offensive line was completely dominated by Minnesota’s defensive front and held Elliott to just 47 yards on 20 carries.

Things should be a little easier vs the Lions this week. Detroit’s defense has allowed seven of the nine teams they have faced to run for over 100 yards, including three individual performances over the century mark. The Cowboys are 4-1 when Elliott gains 100 yards or more, and 1-3 when he doesn’t. Two things in football usually travel on the road, defense and the running game. After his second-worst performance of the season last week I expect Elliott to feast on the Lions defense which ranks 27th vs the run. 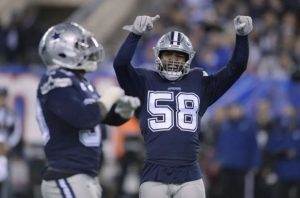 Robert Quinn has been the best free-agent addition on the Cowboys roster this season, and it’s not even close. In seven games, Quinn has already registered 7.5 sacks which are almost a third of the Cowboys 23 sacks for the season.

He has at least a half-sack in six of the seven games he’s played in. Also, he has two games with multiple sacks which leads the team. As mentioned earlier, the Lions will be without Matthew Stafford so Quinn being effective coming off the right edge will be extremely valuable. This will force the Lions backup quarterback to step up in the pocket and make him a sitting duck for Maliek Collins, Antwaun Woods, and Michael Bennett on the interior. Lastly, making the Lions double team or chip Quinn with an extra offensive lineman, tight end or running back will put All-Pro DeMarcus Lawrence in favorable one on one situations. 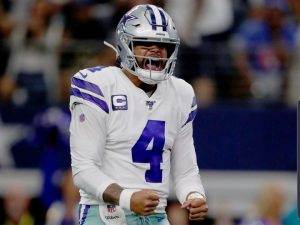 Dak Prescott has been lighting up defenses ever since the season kicked off in September. He is second in passing yards, third in passing touchdowns, first in QBR, and he’s completing 68.3% of his passes so far this season, which is a career-high for him.

The Lions have the NFL’s 30th ranked defense coming into this game. More specifically, they are 28th vs the pass which plays right into Prescott’s hands. Amari Cooper is on pace for the best season of his career with 848 yards in the first nine games, which ranks third league-wide. Michael Gallup has already equaled his reception total and surpassed his yardage and touchdown numbers from his rookie season in 2018. Randall Cobb is coming off his breakout game as a Cowboy with 106 yards last week so his confidence should be high vs the Lions. I don’t see any reason why Prescott shouldn’t light this defense up like a Christmas tree in the middle of Time Square.

The Cowboys season is at a crossroads. If they want to remain in first place in the NFC East and keep their playoff hopes alive they can’t afford a letdown vs the Lions. These five players will play a big role in the Cowboys improving to 6-4.