The Dallas Cowboys haven’t repeated as NFC East division champions in over a half-century (1995 and 1996). In fact, the 2004 Philadelphia Eagles remain the last team to have successfully repeated as the division winner.

Fortunately for the Cowboys, they and the Washington Commanders share the easiest strength of schedule for 2022. Their opponents’ winning percentage was a combined .462 last season.

The Cowboys only have seven games vs. teams who made the playoffs in 2022, and four of those contests will be out of the way after Week 6. They host the Tom Brady-led Tampa Bay Buccaneers in Week 1 (8:20 p.m. EST) and Joe Burrow’s Cincinnati Bengals in Week 2 (4:25 pm. EST).

The Dallas-Cincinnati game is in the marquee late afternoon slot on CBS. This will mark the first-ever Joe Burrow vs. Dak Prescott showdown, as well as Cincy’s first trip to AT&T Stadium since 2016.

Although Ohio sports betting is now legal, sportsbooks in the state have yet to launch. However, it’s expected to go live by Jan. 1, 2023, so Bengals fans will be able to place bets through multiple major sportsbooks. This would likely include DraftKings, BetMGM, FanDuel, and Caesars.

Fans in Ohio will be able to place bets on all the major sports leagues, including futures, moneylines, point spreads, and more. At FanDuel, the Bengals are +2200 to win the Super Bowl and +1300 to win the AFC Championship. 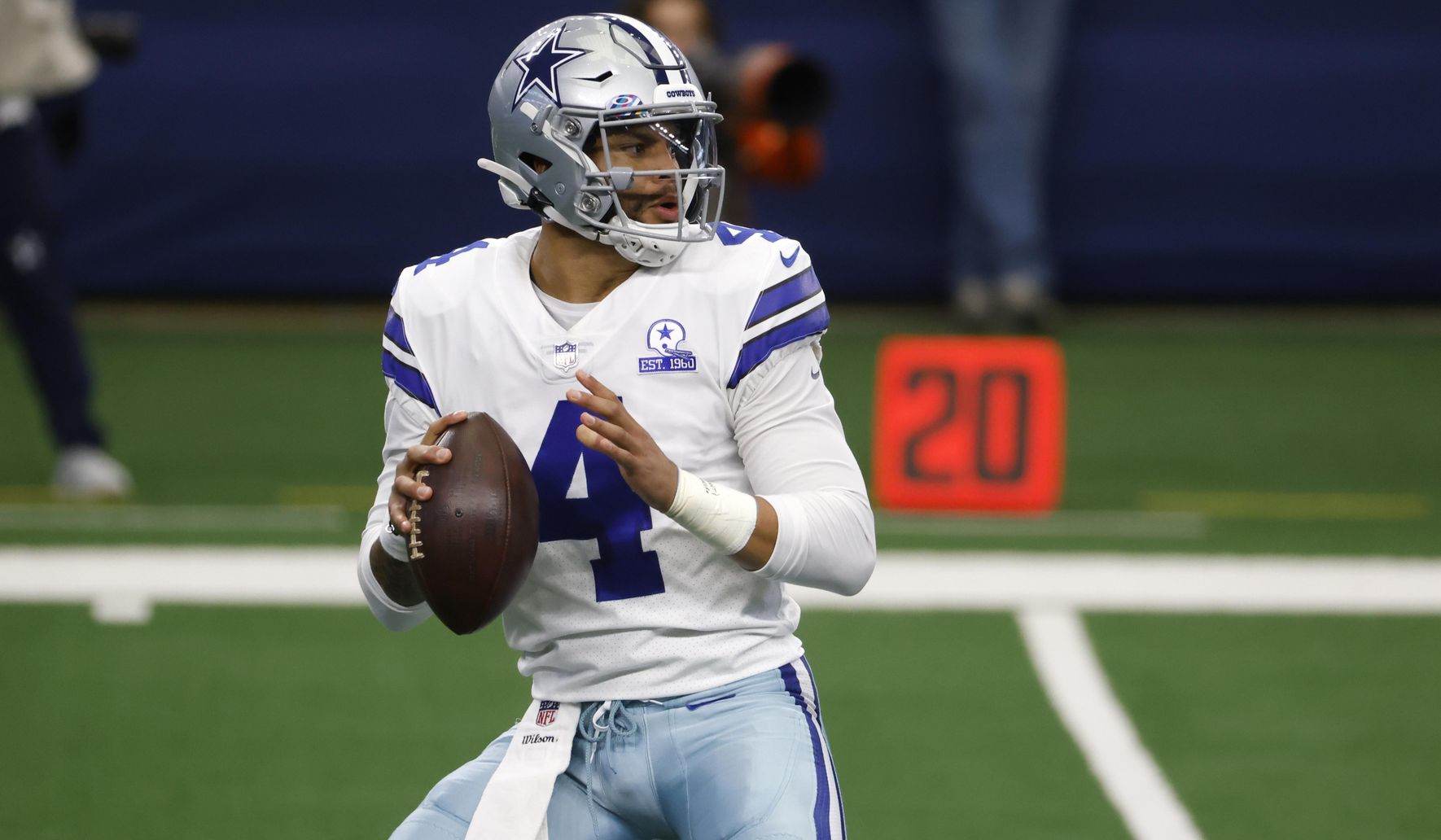 Despite Key Player Departures, Cowboys Well-Positioned To Contend In 2022

As far as regular-season campaigns go, 2021 was one of the most successful for the Cowboys in the 21st century up to this point.

Led by the NFL’s No. 1 scoring offense (31.2 points per game) and a defense that led the league in turnovers (34), the Cowboys won 12 games and the NFC East division crown for the first time in three years. The 12-5 record was also Dallas’ best since 2016 when they went 13-3 in Dak Prescott’s rookie year.

But the Cowboys’ thrilling season ended with another heartbreaking playoff loss: A 23-17 home loss to the San Francisco 49ers in the Wild Card Round. 2022 will mark 27 years since Dallas last reached the NFC Championship Game, which is simply unacceptable given the annual Super Bowl or bust expectations of this team.

The Cowboys can’t realistically expect their defense to force 34 turnovers again, but this opportunistic group is certainly good enough to lead the team on a deep playoff run.

Only the arch-rival Philadelphia Eagles stand as a legitimate threat to Dallas’ NFC East ambitions. The New York Giants won’t contend any time soon unless Daniel Jones breaks out in year four. The Washington Commanders are relying on the mistake-prone Carson Wentz to solve their long-standing quarterback woes.

Philadelphia added superstar wideout A.J. Brown via trade with the Tennessee Titans. They did well at the draft by bringing in run-stopping force Jordan Davis (13th overall) and Nakobe Dean (83rd overall).

Linebacker Haason Reddick and standout corner James Bradberry were brought in via free agency to further bolster an already solid Philadelphia defense. With Davis and Dean now in the fold, the sky’s the limit for this group.

But Jalen Hurts’ play was very up-and-down in 2021, and he’s going to have to reach a Pro Bowl-like level if Philly is to seriously challenge for the division crown. Until that happens, the Cowboys have to be considered the favorites to win the NFC East division title.

A healthy Prescott is a top 10 quarterback in the game. Hurts isn’t even a top 20 quarterback yet. Philly does have a better defense and arguably a better offensive line on paper, but their chances of winning the division simply come down to Hurts’ play.

Star Staffhttps://InsideTheStar.com/
This is the General Staff account for Inside The Star, a blog for Dallas Cowboys news, scores, schedule, rumors, and analysis. We are the official home for @CowboysNation on Twitter. Follow us today for new content updates straight from our timeline. To learn more about our staff, please visit our Staff listing.
Previous article
3 Ways the NFL Can Spice Up the Pro Bowl
Next article
Breaking Down Dallas’ Defensive Tackle Battle