The NFL's rule change to a single cut down date at the end of the preseason has created one of the most eventful days on the league calendar. Teams around the league will be scrambling to process the replenished list of free agents that can help a roster before week one.

The Dallas Cowboys have already been active in this process, with Stephen Jones telling Cowboys Nation to prepare for additions on the offensive line as well as at safety. Dallas has already traded Cornerback Charvarius Ward to the Chiefs for former fourth round pick Parker Ehinger, a guard out of Cincinnati.

The team's additions to the offensive line may not stop here, with the Cowboys laboring through their final two preseason games without Tyron Smith, Zack Martin, and Travis Frederick. The Cowboys deficiencies up front made it hard to truly evaluate some fringe players on offense, which will make today's roster decisions even harder.

One decision that could make sense is bringing back the services of veteran guard Jonathan Cooper, who is reportedly on the bubble with the San Francisco 49ers. The Cowboys allowed Cooper to depart in free agency this offseason, after he started 13 games for them at left guard in 2017.

With plenty of reasons to feel good about Cooper's replacement — 50th overall pick Connor Williams — the Cowboys should be solid at guard with Martin also expected to return to the starting lineup against the Panthers.

Cooper played 92 snaps this preseason for the 49ers, including a game high 60 in the team's preseason finale – an oddity for any hopeful starters or experienced players. Recovering from surgery on a knee injury suffered against the Eagles in week 17 last year, Cooper could use the reps to potentially impress a new team for 2018.

If released by the 49ers, Cooper will of course want to sign on for a starting position elsewhere. The Cowboys did offer the former first round pick the most stability he's found in his five years of professional football though. Cooper's 13 starts in the silver and blue were the most he's ever had in a season, starting a combined 14 games for the Cardinals and Browns between 2014-16.

Should this past loyalty be enough for Cooper to consider rejoining the Cowboys, the team will have to seriously consider the investment in quality depth over current interior options like Jacob Alsadek, Damien Mama, and Kadeem Edwards.

As I wrote in my Sean's Scout review of the Texans game, all three players had their struggles executing any of the blocks the Cowboys ask of their athletic linemen.

This was a strength of Cooper's game at left guard for the Cowboys, playing well in space and creating movement in the running game.

For the second year in a row, the Cowboys initial free agent acquisitions seem underwhelming in the total impact they'll have on the season. Former 49ers Guard Marcus Martin was placed on IR, and Defensive End Kony Ealy was released yesterday.

In order to get value out of Wide Receivers Allen Hurns and Deonte Thompson, and to avoid a disastrous situation for Quarterback Dak Prescott in pass protection again, the Cowboys must continue upgrading their offensive line before the regular season begins.

Doing so with high value signings will be critical, and it won't get much better than welcoming back Jonathan Cooper at a reduced price as insurance for Williams, Martin, and even Travis Frederick – as Cooper did get some work at center in his first practices with the Cowboys last summer. 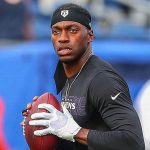 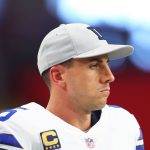