Every year it seems one team decides pretty quickly to take on the mantel of “NFL Dumpster Fire.” In 2019, the Miami Dolphins are so obviously in tank mode that it's become almost sad. Of course, the Dallas Cowboys have been the beneficiary of their sell-off as they were able to acquire Robert Quinn for the low-low price of a sixth-round draft pick in the 2020 NFL Draft.

After trading away Laremy Tunsil and Kenny Britt just before the start of the regular season, Chris Mortenson of ESPN is reporting that the Miami Dolphins have told Defensive Back Minkah Fitzpatrick that he and his representatives can pursue a trade.

The Dolphins have granted permission to DB Minkah Fitzpatrick to seek a trade, according to multiple sources who say Miami's asking price is too high. Dolphins have no comment. Story coming with help from @CameronWolfe

Dolphins team official now tells @CameronWolfe they are not actively shopping Fitzpatrick but did not deny they have given agent Joel Segal permission to talk with other teams. Segal has been unavailable for comment but other NFL teams have confirmed contact. https://t.co/z3FCN3tyqL

It would appear that the Dolphins aren't actively shopping him, but the second report from Mortenson would indicate that they are willing to deal if the right offer came along.

Fitzpatrick has been a bit disgruntled since training camp, feeling like the Dolphins have been playing him out of position. He was a bit frustrated with the way the Dolphins opening week loss to Lamar Jackson and the Baltimore Ravens went down.

After an excellent career at the University of Alabama, Fitzpatrick was selected 11th overall in the 2018 NFL Draft. In his rookie season with the Dolphins, the former All-American recorded 80 total tackles, two tackles for loss, and two interceptions. He played in all 16 games and started 11 during his rookie season.

As a free safety, he could fit in really nicely with the versatile Xavier Woods who the Dallas Cowboys could deploy more as the box safety. Woods ability to play coverage and play the run would make him an ideal player to use to match up with tight ends or running backs in the passing game. With Fitzpatrick and Woods, the Dallas Cowboys would have two versatile and dynamic safeties to deploy in a variety of ways.

Source says Phins asking for a 1st for M Fitzpatrick but will likely settle for a 2nd.

If there's much of a market for Fitzpatrick, which there should be, it would likely take a first-round pick from the Cowboys to make this deal as Benjamin Allbright is reporting. However, if they were able to come up with a package that didn't include their first, that would obviously be much better.

I could fairly easily be talked into a first-round pick for Fitzpatrick. So, if the Dallas Cowboys could get him for a second-round pick or a second and a late-round pick, I'd do that in a heartbeat.

Minkah Fitzpatrick is only in the second year of his rookie contract, which would mean the Dallas Cowboys could have player control for three more seasons after 2019.

If the Dallas Cowboys are looking to make a deal, they shouldn't and probably wouldn't include any of their current defensive back depth. A team that has Super Bowl aspirations won't trade depth on the team, because that depth becomes extremely valuable in December, January, and hopefully February.

Like the Amari Cooper move, trading for Fitzpatrick who still has several more years of control would make a ton of sense for the Dallas Cowboys. They wouldn't even have to make him a full-time player in 2019 and could just use him as a matchup piece before making him and Xavier Woods the primary safeties in 2020.

The Cowboys like their team, but they've shown a willingness to be opportunistic over the past year with the Amari Cooper and Robert Quinn trades. With the Miami Dolphins in sell mode, this could be an excellent opportunity for the Cowboys to take advantage and get a discounted rate on a potential star at safety. They've been very clear about what their goals are for this season.

As Stephen Jones says, the player acquisition business is a 365 day a year business. This is absolutely a player that they should inquire about and should seriously consider making a deal for. He's a playmaker that can help your secondary in 2019 and beyond.

Here's what Lance Zierlien of NFL.com had to say about Fitzpatrick during the lead up to the 2018 NFL Draft:

“Fitzpatrick played star early in 2016 and then moved to safety when senior Eddie Jackson was injured. The result? He led the team with six interceptions and 186 interception return yards, returning two more pick-sixes to set the school career record with four. He was named a first-team All-American by multiple outlets for his efforts (66 tackles, five TFL, seven pass break-ups). Fitzpatrick's New Jersey family home was damaged by Hurricane Irene in 2011.”

Like Xavier Woods, Fitzpatrick has a stellar track record of making plays on the football. In the NFL where passing is becoming more and more frequent, you can never have too many guys that can create turnovers. Minkah Fitzpatrick makes the Dallas Cowboys better and could be the final piece to the defensive puzzle. If the price is right, the Dallas Cowboys should go get him.

He doesn’t want to play safety according to he and his mother. As demonstrated by Zeke, Dallas would not have control of him during his full contract time. He is not worth a first round pick!

Feelings about where he plays for MIA and where he would play for a playoff team might be different.

I think the big issue is that he doesn’t want to be moved around every week. He wants consistency with his position.

Taco and a 2nd. Kill two birds with one stone. You unload Taco for a useful piece, add depth to your secondary with a flexible guy, and reduce your stress about resigning Brown in the off season. Jones, Fitz, Woods, Lewis and Chido give you a top flight defensive backfield.

totally agree. The question ultimately is, would they want Taco.

How about Taco and a 3rd?

I think the draft pick will have to be at least a second as reported and because there will be a lot of teams interested and the Cowboys will probably pick late, it might have to be a first. But trading a first for a player with three more controlable years after 2019 is huge. 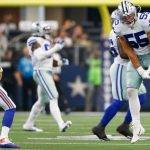 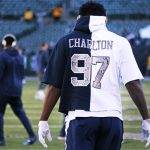