The Cowboys return to training camp in Oxnard has been a welcome sight for coaches, players, and fans, perhaps none more so than Dan Quinn. Tasked with the tall order of fixing a porous Cowboys defense led by Mike Nolan in 2020, Quinn's impact began in the draft as Dallas used eight picks on his side of the ball. The position group put on notice the most following Quinn's first draft was linebacker, with incumbent starters Leighton Vander Esch and Jaylon Smith now joined by Micah Parsons and Jabril Cox.

It doesn't take much for Smith to make headlines in the media, doing so in the offseason when encouraging those critical of his performance to “watch the tape”. Clearly, after his new coach did so, the Cowboys felt an upgrade was needed at linebacker this season. The Cowboys allowed 2,541 rushing yards a  year ago, the most they've conceded since the 2000 season.

Quinn will still have to find a way to utilize Smith in a LB rotation that also features Keanu Neal, a former safety under Quinn with the Falcons. When asked about Smith's performance in camp thus far, the Cowboys DC said he foresees an increase in Smith's usage as a pass rusher.

Cowboys DC Dan Quinn on LB Jaylon Smith: "I feel like his stride extension has improved. I feel every bit of his speed. There have been a couple of plays where he was flying. He is working extremely hard. … We are blitzing him more. I think he is a physical player."

Smith played with his hand in the ground at times at Notre Dame, and this versatility made him a top prospect prior to the knee injury suffered against Ohio State. In 2018, the first season Smith was paired with Vander Esch, he matched his entire college output for sacks with four.

The hands-on approach that Quinn has brought to the practice field is a stark contrast from the teachings of Nolan, who players were publicly critical of. While Quinn has earned praise for getting down to work with all of his new defenders, he may run into a numbers crunch when looking to actually deploy Smith in rush packages. 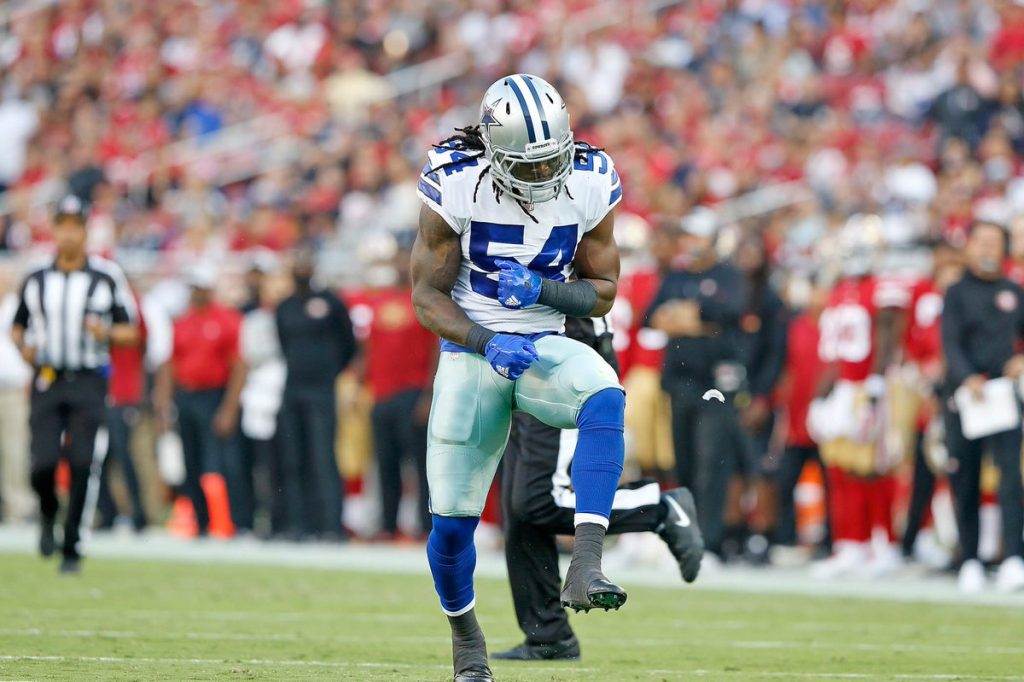 The Cowboys have showed they have similar plans for first-round pick Micah Parsons, who's gotten work at both linebacker and defensive end. They've also seen Neal struggle in pass coverage thus far. While the thought of maximizing depth at LB by adding them to the rush is a good one on paper, the Cowboys priority here needs to be bodies that can actually play on the second level. Vander Esch will have the opportunity to do so from the WILL position, and whether or not it's Jaylon Smith joining him at MIKE is entirely up to the fifth-year player.

The need for extra pass rush help could also be diminished by the Cowboys front four, led by a resurgent Randy Gregory at right end. The plan will be to pair Gregory with DeMarcus Lawrence once he's healthy. On the interior, the Cowboys can expect some pressures from Trysten Hill and Neville Gallimore while addressing the 1T position both in free agency and the draft. Quinton Bohanna and Brent Urban will be tasked with helping the run defense and keeping linemen away from the Cowboys LBs.

Though the Cowboys preseason kicks off in less than a week, the team is a long way from knowing what their defense will look like in 2021. Jaylon Smith will have some role, even if the long term plan is for Parsons and Cox to work their way into more snaps.

If Quinn can truly help Smith regain his form, it will go an incredibly long way in his overhaul of the Cowboys defense. Putting him in position to use the speed he mentioned along with rushing the passer is just one way for Quinn to help Smith – at a time where Jaylon Smith should be doing all he can to help the coaches deciding his playing time.

Last week was a heartbreaking moment for the Dallas Cowboys fanbase, however, good news shines upon the state of Texas as Defensive Coordinator Dan...
Game Notes

I agree with bringing the heat ! If the QB doesn’t have to to go through his progressions then he starts trying to get the ball out quicker which in turn results in turnovers ! I realize that there will be times when we get burnt but I believe that the risk is worth the reward !

I still don’t understand how LVE is “suddenly” a “safe bet”… he fooled the MNolan staff when they named LVE the starting MIKE. LVE performed far worse than JSmith when he was on the field last season. All seems to be forgiven… except for JSmith.

Missed opportunity to allow these guys to reset with an improved DL. Appears staff is looking pass JSmith. Why not trade him before we dimenish his trade value?

Who would trade for Smith? He would have likely been cut by the cowboys had it not been for his contract. Agree about LVE though. Even when he was healthy last year, he didn’t play particularly well. BUT I expect both of them to bounce back with improved DL play and a better defensive scheme. Don’t expect either of them to be what they were at their best though.