Unforeseen circumstances may have put the Dallas Cowboys at a disadvantage heading into the Week 14 matchup with the Cincinnati Bengals. For a team that could use any advantage possible, this isn't exactly good news for the Cowboys if they are trying to finish out the 2020 season strong. If that is indeed what they are trying to do.

Due to COVID-19 protocol in the NFL the Dallas Cowboys Week 13 matchup with the Baltimore Ravens was moved from its originally scheduled time Thursday, December 3 to Tuesday, December 8. While that gave the Cowboys extra time to prepare for the Ravens, it also means they have a quick turnaround heading into Week 14 against the Cincinnati Bengals.

As things stand right now, without any rescheduling, the kickoff time for the Dallas Cowboys/Cincinnati Bengals game is set for noon Sunday, December 13. That's less than a week to prepare for a game that could decide who will be slotted with the third overall selection in the upcoming 2021 NFL Draft.

To make matters worse, this will be the second week in a row the Dallas Cowboys will be playing on the road. Flying back from Baltimore and then loading up and flying out once again to Cincinnati in such a short time span doesn't leave a lot of time to put together a game plan, but that's what they're facing regardless.

Despite the short turnaround this is a game the Dallas Cowboys should probably still win. Offensively Dallas is very much the better team than what Cincinnati is, however, it's probably a tossup defensively. If we are going by stats though, the Bengals are slightly better on the defensive side of the ball than what the Cowboys have been this year.

In a game that is all but meaningless, who might hold the slight advantage over the other doesn't really matter much. Bettering one's draft position is really the only thing on the line. Other than that, this is shaping up to be a game between two of the worst teams in the league in 2020. Sadly, that's just the way this year has gone for the Dallas Cowboys.

Are the Dallas Cowboys are at a disadvantage heading into Week 14?

I hope we do win!! If we can’t get the 1st or 2nd overall pick to get a QB then I want to be down to at least 6th or 7th so other teams can get Sewell and Parsons, cause I don’t want us to draft either one of those guys!! Especially Micah Parsons!! I want us to draft either Patrick Surtain or Caleb Farley!! And if we’re picking that high, I know Jerry and everybody else will ruin the pick by picking a player at a position that we need the least!!

Cowboysfan- All due respect u might wanna be careful about locking into one position or player. The draft is very unpredictable and u never know how the draft board will fall. You have to have a back up plan then a backup plan for ur backup plan.

I agree CB is a position of need, but so are several other positions. It just depends on where the value is when it’s ur time to pick. But flexibility is the word of the day on draft day.

I’m leery about passing on a superior player to fill a supposed need. We have enuf needs that I think we can adopt the BPA approach. I’m sure they will go CB in either the 1st or 2nd rd but it’s not like Surtain or Farley are can’t miss prospects.

I’m in total disagreement with u on the LB Micah Parsons. Many of the experts think he is the best defensive player in the draft. He’s super athletic and can cover, play the run and rush the passer, which checks many boxes for the cowboys. The draft is deep in CBs so we could still get a quality one with our high 2nd rd pick. Just my opinion for what it’s worth. 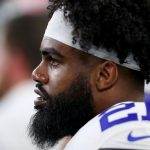 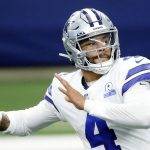