Last night, it was reported that Dallas Cowboys Cornerback Marquez White has been charged with aggravated assault with a deadly weapon. The incident comes from a traffic confrontation that took place back in October, where White — according to his camp — was justified in drawing his weapon for self-defense.

A promising young player that stuck on the Cowboys practice squad in his rookie season, the sixth round pick doesn't need this case hanging over his head as training camp approaches. When considering the timing up against this week's supplemental draft, and the rare crop of defensive back talent available in it, White could soon be fighting for relevance on the Cowboys roster.

Becoming complacent in building one of the best young secondaries in the league won't be an issue for the Cowboys under new Passing Game Coordinator Kris Richard. The Cowboys were relying on White to be a depth option behind projected starters Byron Jones, Chidobe Awuzie, and Jourdan Lewis.

White's spot on the depth chart may very well hold up, but by the end of the week he could also have added competition in Adonis Alexander or Sam Beal.

Respectively, the former Virginia Tech and Western Michigan cornerbacks are two of the most talented supplemental prospects to enter the draft in years — both likely to be the first players drafted since 2015.

Alexander and Beal are also joined by Mississippi State Safety Brandon Bryant as another backup option for Dallas. 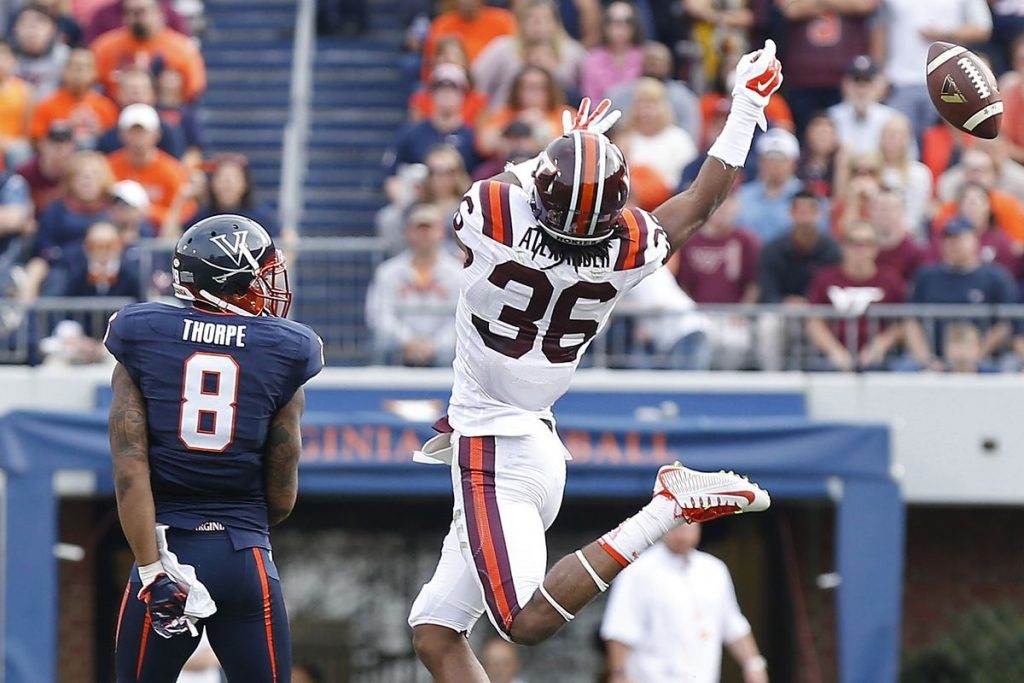 A lengthy cornerback with the toughness to play on the boundary, Alexander is a similar player to White, and one that Richard should love for his physical traits. Whether or not this natural skill outweighs some maturity issues that saw Alexander fall from freshman starter to suspended at VT will determine if the Cowboys feel comfortable sending away a 2019 draft pick for his services.

Where Alexander's career leaves his arrow trending downward on the eve of the supplemental draft, Beal is a rising prospect that some are calling the best to ever enter this draft.

An all-conference cornerback as a Junior out of Western Michigan, Beal improved with each passing college season, determined to finish out his degree along the way. However, once Beal's eligibility for his Senior season was called into question, the feisty 6'1″ CB decided to turn towards the NFL.

Beal's professional football faith is now in the hands of any team that's done their homework on him. Projected to be taken as early as the third round, teams impressed by Beal's tape could be giving away a premium pick in next year's draft to add him just before training camp.

Should this team be the Cowboys, Beal's presence would put more than just White on notice. The Cowboys are also expecting corners like Duke Thomas and Kam Kelly to fight for roster spots. In a perfect world, say the one the Cowboys were living in yesterday before this White news broke, Thomas or Kelly could replace White on the practice squad as the Florida State product took another jump in Oxnard.

As I've written before though, teams must be relentless in their search for talent. The Cowboys have drafted well, but passed on big name free agents in recent years. The result is a young roster full of potential and ready to compete.

If either Adonis Alexander, Sam Beal, or even Brandon Bryant help them do so this year, we could be right here talking about a new Cowboys rookie in the middle of July. Marquez White would be happy to see this talk overshadow his legal situation for the moment.

This won't be the case when he's competing against another player that will likely cost the Cowboys more than the sixth round pick they invested in him two years ago.

But Kris Richard is best suited to make this call than the rest of us
Too bad for White, I hope it’s justifiable self-defense related in Court