Former New York Giants Head Coach Ben McAdoo has a lot of time on his hands right now, being currently unemployed from any level of football. Yesterday, he decided to spend some of that time throwing shade across the NFC East in an interview. The Dallas Cowboys were part of McAdoo's trash-talking session.

McAdoo, who went 13-16 as Giants head coach the last two seasons and was fired in December, predicted that his former team would win the NFC East in 2018. New York never won the division in McAdoo's four seasons with the team, two as offensive coordinator before becoming head coach.They 25-36 overall during his time with the organization.

So why does McAdoo think the Giants will turn it around next season? He said the following in the New York Post interview:

“I think Philly, how much success has Philly had? I think they're gonna have a hard time handling success.”

Of course, McAdoo saved his deepest comments for the Cowboys:

Let's just break that down, shall we?

The Cowboys offensive line is easy to like, being arguably the best in the NFL. It's the key to why Dallas has won two NFC East title in the last three years, something the Giants haven't done since 2011.

He was right about Dallas having a lot of youth in the secondary, but I think he's just jealous. McAdoo's first draft pick was Cornerback Eli Apple, who still hasn't looked as good as Jourdan Lewis or Chidobe Awuzie.

Sean Lee does get banged up a lot, it's true. But when healthy he's better than any linebacker the Giants have had since the 1980s.

And yes, some of our defensive linemen have had issues. But none of them are missing any fingers. 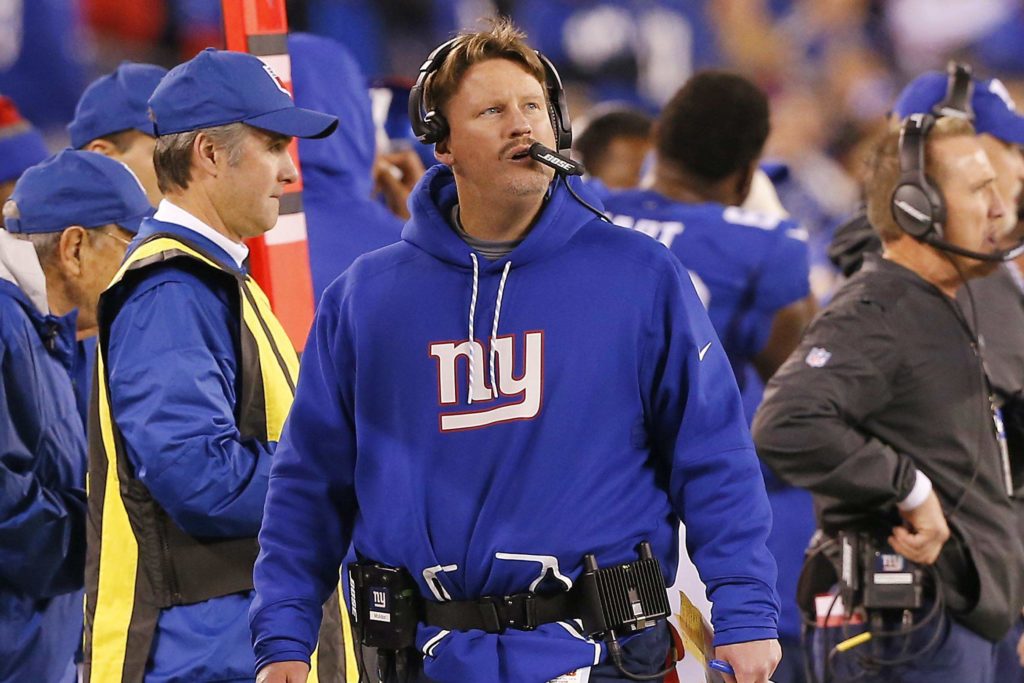 To his credit, McAdoo managed to go 2-2 in his matchups with the Cowboys the last two seasons. He handed Dallas their only two real regular season losses of 2016 when the team went 13-3 and won the division.

But still, this is Ben McAdoo. This is the disgraced coach who lost to the 19-3 Cowboys last year and got fired before they could play again in December. The same guy who, while offensive coordinator in 2015, orchestrated a horrific late-game play call that likely cost the Giants the season opener.

McAdoo hasn't been a part of a division winner as a coordinator or head coach. He only had one winning season out of three during that time.

So really, what does he know?

If the Giants do win the NFC East in 2018, it could be for some of the reasons that Ben described. Philly could falter, Washington could do their usual thing, and Dallas may be held back by some of the problems he mentioned.

But the biggest reason for any success in New York this year will be the change they made at head coach. McAdoo clearly didn't belong in the job, and now he can't find any work in the NFL.

But yeah… keep talking, Ben. Maybe you'll get to sit between Skip Bayless and Shannon Sharpe one day.

Jess Haynie
Cowboys fan since 1992, blogger since 2011. Bringing you the objectivity of an outside perspective with the passion of a die-hard fan. I love to talk to my readers, so please comment on any article and I'll be sure to respond!
Previous article
Tank Support: Who Else Will Lead the 2018 Cowboys in Sacks?
Next article
Cowboys en Español: Jugadores Sorpresas para el 2018

The Dallas Cowboys improved to 11-4 on the season, and with the win over the Philadelphia Eagles Saturday, Dallas is now 6-1 against teams...
Cowboys News

The NFC East has been considered the worst division in football for years, yet if the playoffs started today, all FOUR teams would have...

Ben McAdoo is capable of doing something rarely ever seen; Allowing Cowboys, Eagles and Redskins (and probably the Giants as well) fans to agree on one thing: Ben McAdoo is an idiot. He failed as a head coach and now resorts to petty bad-mouthing of other sports franchises. This is just pathetic.

Haha funny stuff. Look, he’s a dopey guy and he sucked as a coach. Giants winning the NFC? lols. however….eh…I cringe to say it but everything he said about us was true.

Well, uh, yeah. All true. He could have said “their QB sucks and their receivers are a joke, worst group in the NFL.” But he didnt. As for our LB’s being better than any they’ve had since the 80s? Come on now. First of all, LT and Harry Carson and Carl Banks all played into the 90s. But our guys are better than, say, Jesse Armstead? Antonio Pierce? I don’t know…might be a stretch…anyway, I hate the giants as much as the next eat-sleep-breath die-hard Dallas fan but…he’s not exactly wrong. But he does look like Problem Child.