On Tuesday of this week Dallas Cowboys Running Back Ezekiel Elliott earned his fourth Pro Bowl appearance in five years (2016, 2018, 2019, 2020). It's not all that surprising considering he is arguably the best RB in the league. What is surprising though is the bombshell his mom, Dawn Elliott, dropped on twitter upon learning Zeke will be Pro Bowl bound once again.

It's subtle, but Dawn Elliott indicates that Ezekiel Elliott's chosen position might not have been at running back to begin with. Despite all of the success and accolades he's achieved over the years at running back, it may not have ever happened if he had chosen to be an offensive lineman like his mom suggests.

I know it's strange to think about Zeke as anything other than the talented RB he is, but thanks to his teammate Joe Looney, we at least have a pretty good idea of what he would look like as an offensive lineman.

Thinking of Ezekiel Elliott as an offensive lineman is a bit strange, but not if you take a closer look at the way he's always approach the game. Despite pretty much being a superstar running back nearly his entire life, he still has a blue-collar mentality to his play. He's always been willing to do the dirty work, which has turned him into one of the most complete RBs in the NFL.

Over the years Zeke has proven he takes just as much pride in his blocking as he does when he's running the ball. Just last week against the Los Angeles Rams we saw the Dallas Cowboys use him as a lead blocker/fullback for Tony Pollard. There's not many running backs around the league willing to do that, but No. 21 is and does it quite well in my opinion.

I guess we all know why Zeke is always the first to recognize the work his offensive line does in the trenches for him game after game. I'll admit, he's always willing to give credit where credit is due. Maybe it's his love for the OL position or maybe he's just a big guy at heart. Regardless, it's fitting he along with three of his offensive lineman (Travis Frederick, Zack Martin, Tyron Smith) are heading to the 2020 Pro Bowl.

You stated that wonderfully! 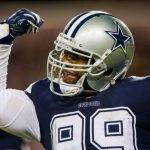 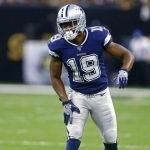