Unfortunately, when the Dallas Cowboys boarded the plane headed to Oxnard, California, home of the team’s training camp, Running Back Ezekiel Elliott wasn’t anywhere to be seen. He was also absent on Friday, the official deadline to report, marking the official start of Elliott’s holdout. Conflicting reports about Zeke’s potential holdout had warned Cowboys Nation of the possibility of him missing some time of practice, but the news still brought a lot debates among fans and analysts.

Discussions surrounding Elliott range from his off-the-field issues to the current value of running backs in today’s NFL. Analytics enthusiasts are doing their best to prove why running backs are being overpaid while other fans are convinced that Zeke should be on the long-term plans for this football team.

Somehow, the bottom line of said debates went from paying #21 eventually or not to the possibility of trading the 24-year old stud the Cowboys have now. The idea has been entertained by fans and even Colin Cowherd, who mentioned it on his polemical show The Herd.

I get it, Zeke holding out is frustrating. Dak Prescott and Amari Cooper have yet to strike long term deals with the team and although their contracts expire after the upcoming season, they reported to camp. It would’ve been nice to see Elliott, who’s signed through 2020, to report as well.

After 2018, some fans have the wild idea that Zeke will follow Le’Veon Bell’s steps. Bell held out all season last year and forced his way into free agency to ultimately sign with the New York Jets. For some odd reason, some have jumped to the conclusion that that’s what Elliott will do only a few days into his holdout.

I insist… let’s slow down.

Elliott and Bell’s situations are very different. For starters, Zeke is currently under contract. Bell wasn’t, as he refused to sign the franchise tag the Pittsburgh Steelers had handed him. By the way, that was the second year in a row Bell had been designated to a franchise tag. In 2017, he played under the tag after holding out during training camp.

Thinking Elliott will pull a “Le’Veon” heading into his fourth year in the NFL is an overreaction. Specially considering even Bell was vocal about it prior to missing last year. He had warned us he’d skip the year.

Another reason many have jumped into the “Trade Zeke” ship is a more romantic one. Some feel like if he’s more concerned about getting paid than winning football games, he shouldn’t be on the team. That’s a very normal way to feel about your favorite sports team. However, whether we like it or not, the NFL is a business. For players and owners alike, it is work. It is not just some game. They dedicate their lives to it.

Players in the NFL have very short careers and if Zeke knows he’ll get the ball as much as he has in his first three years as a professional, it’s fair for him to try to get closer to a deal with his football team. It’s easy to speak as a fan, but you and I are not on that position, so the best thing we could do is try to understand Elliott’s motives. Same goes for just about any player who finds himself in a similar situation. 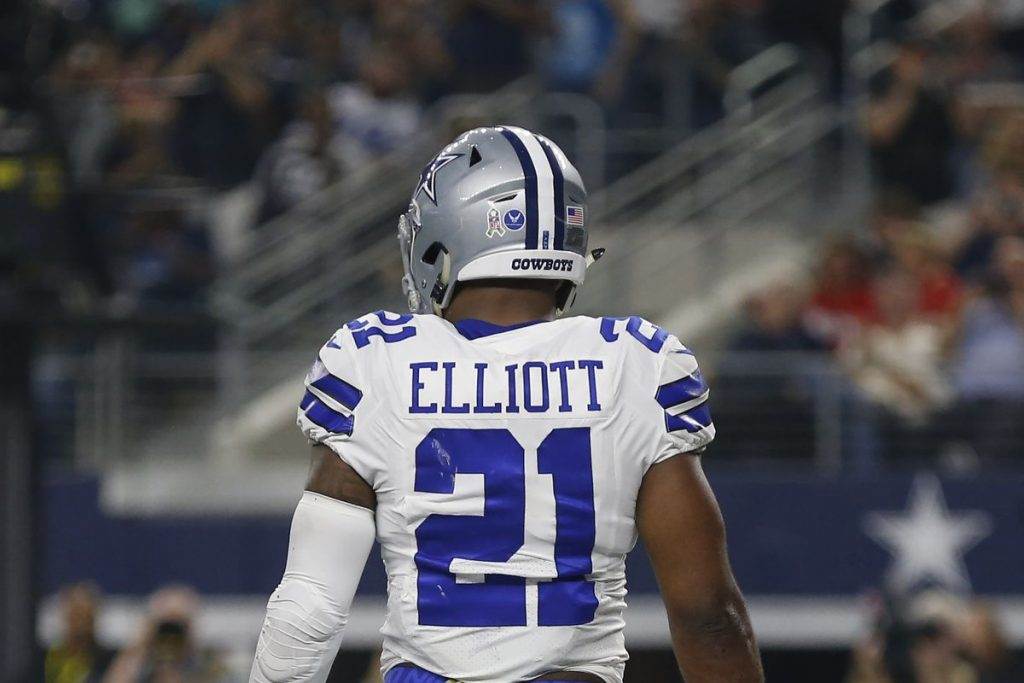 Last but not least, you don’t trade a guy who brings so much to the table when he has two years left on his contract. Two cheap years, by the way. You might think that many teams would give up enough draft capital to make such a big trade happen and hand Elliott the huge extension he’s looking for, but that may not be the case. After all, the team that trades for him would have to pay such a contract.

Elliott is a very important player for the Dallas Cowboys and trading him is not the answer to his holdout. The solution could even be something other than a contract extension at this time. Zeke and his agent know what’s at stake if he doesn’t report by August 6th (Elliott wouldn’t get his fourth accrued year toward free agency if he doesn’t show up by then).

The Cowboys’ star running back missing out on the first days of camp is undoubtedly a calculated move to boost current contract negotiations with a front office that might’ve been too busy trying to work out things with Dak and Cooper to really pay attention to Elliott.

So far, it seems like it’s working. Jane Slater reported the Cowboys have already extended an offer to the running back.

Despite the #Cowboys extending an offer to RB Ezekiel Elliott, sources informed tell me his management team has yet to submit a counter offer. #ZekeWatch

Hopefully, both sides work out things and Elliott reports to training camp late. Or in an extreme scenario, by the regular season. There are many ways things could pan out after before the season begins, but I recommend not listening to the “trade Zeke” talk in the meantime. That’s nothing but an overreaction.

Tell me what you think about “Ezekiel Elliott “Trade Talk” Is Nothing But an Overreaction” in the comments below, or tweet me @MauNFL and let’s talk football! If you like football and are looking for a Dallas Cowboys show in Spanish, don’t miss my weekly Facebook Live! show, Primero Cowboys!