For the third straight season, the Dallas Cowboys will have a new defensive coordinator tasked with rebuilding this side of the ball. The lack of an in-person offseason program a year ago was a major setback for the Cowboys defense, as first-year coordinator Mike Nolan installed a new system that produced disastrous results once debuted on the field.

Now, Dan Quinn has already had the benefit of being on the field with his defense, making headlines early in OTAs by jumping in for rookie DT Quinton Bohanna at nose tackle. Several Cowboys veterans have praised Quinn’s hands on approach, but ultimately the eight draft picks Dallas spent on defense will have a big say in just how much they improve in 2021.

Starting with Micah Parsons at 12th overall, here is a projection on how all eight rookies can help this Cowboys defense. 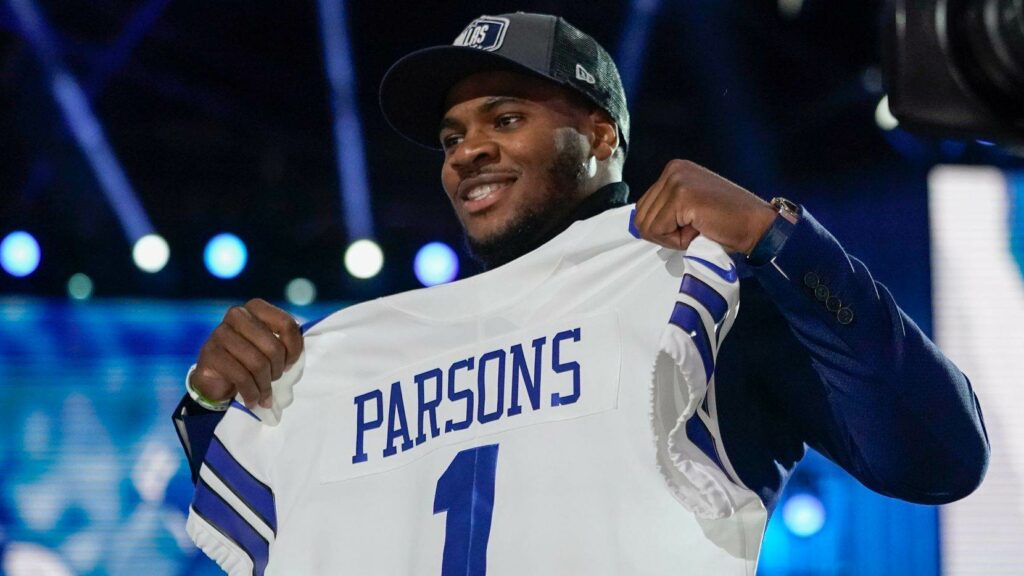 With Jaycee Horn and Patrick Surtain wiped off the draft board just before the Cowboys scheduled tenth overall pick, the team scrambled to trade back with the Eagles and still help their defense. Drafting a linebacker in the first round for the second time in three seasons, the Cowboys are determined to improve their front seven and get tougher against the run.

Enter Micah Parsons, a readymade starting linebacker with great range and added pass rush ability. No longer waiting for the duo of Leighton Vander Esch and Jaylon Smith to find their collective form from 2018, the team now has a new piece to build around at linebacker.

The Cowboys signed Keanu Neal to play linebacker this offseason while also drafting a coverage player in Jabril Cox. This makes Parsons’ responsibilities against the run even more important, ideally lining up at MIKE and WILL backer.

Exactly how the Cowboys handle lining up Parsons while maintaining reps for Vander Esch and Smith remains to be seen, but with a dire need for fresh talent on defense it shouldn’t take long for Dallas’ first round pick to earn his place.

Coming away with help in the secondary early in the draft was a must for Dallas. Passing on the position in the first round, the Cowboys found a high upside talent in Joseph at 44th overall.

Appearing in just fifteen collegiate games for both LSU and Kentucky, Joseph is a long corner with a nose for the ball – coming away with four interceptions in 2020. While he has ample room to grow in the more technical parts of his game, Joseph fits what Quinn is looking for to play his Cover 3 scheme.

The retirement of Tyrone Crawford left a big hole for the Cowboys to fill on the defensive line this season. While a third round rookie won’t bring the same leadership ability Crawford was known for, Odighizuwa is a versatile rusher with good burst off the edge. This is a player that holds the point of attack against the run very well.

The Cowboys are hopeful that both Trysten Hill and Neville Gallimore can continue their positive trajectory in 2021, with Hill coming off a torn ACL. Both players would help ease the learning curve for a rookie like Odighizuwa as well as free agent addition Brent Urban. Defensive end Randy Gregory is also in position to play a full season for the first time in his Dallas career.

Keeping athletic linemen on the field that can play multiple positions in both three and four fronts should be a priority for the Cowboys given their depth, with Odighizuwa fitting nicely in this mix. Playing him alongside a pass rusher like DeMarcus Lawrence or having him on the field in a pressure package involving Jaylon Smith or Parsons is a role Osa can develop into in year one.

Fitting a similar profile to Odighizuwa, Golston is a big body at defensive end that uses his hands well to disengage and bend to the quarterback. The Cowboys depth pieces at defensive end include leaner players like Bradlee Anae and Dorance Armstrong, giving Golston a chance to carve out a niche as an early down player.

Golston recorded five and a half sacks in 2020, a productive Big Ten product that became the fourth of five defensive players drafted in the top 100 by Dallas.

This pick will go down as one of the most intriguing Cowboys selections when it was made, as most projections will say they reached for Wright to round out their premier picks. Wright’s height is the biggest concern, standing at 6’4″ which puts him in the 99th percentile of cornerbacks to enter the league.

It’s difficult to say if drafting Wright points to anything larger the Cowboys are planning in the type of players that will make up a new-look secondary, but the Oregon State product is off to a good start in OTAs when he broke up a pass on Tuesday.

Wright moves well for his size and isn’t afraid to play in the face of an opposing receiver, similar to Trevon Diggs. Pairing these two with Joseph gives the Cowboys plenty to desire with experience at cornerback, but much less athletically with a trio of players that can make plays on the ball. 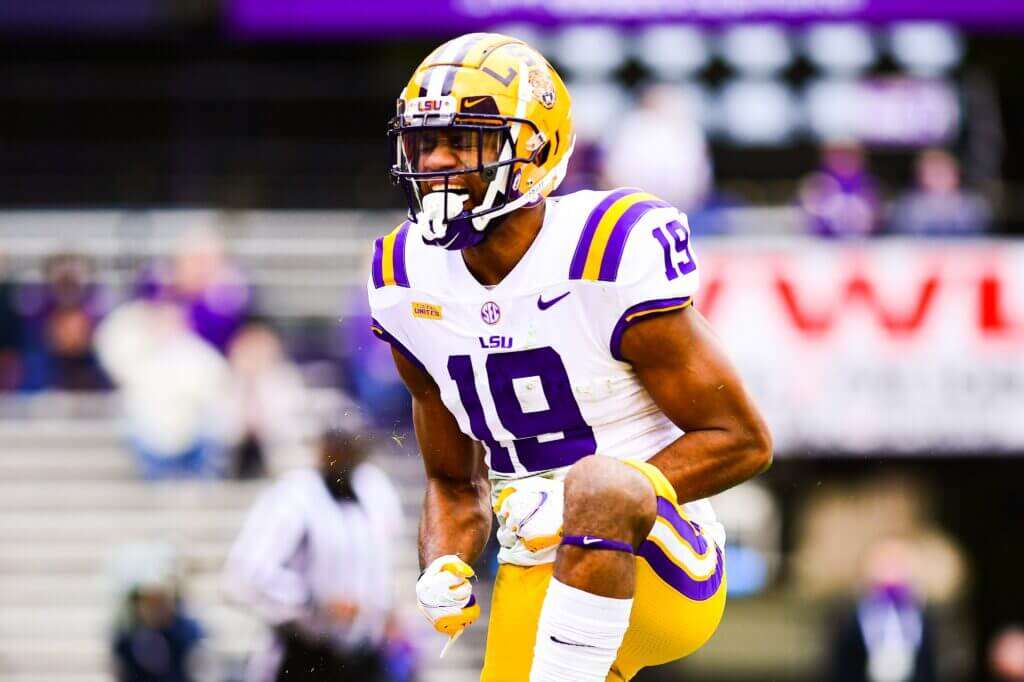 Cowboys fans and media members alike will tell you this was their favorite pick of the 2021 Draft for the team, myself included.  Doubling down at linebacker following their first round pick, Cox is the type of match-up player in coverage that every team covets in today’s game.

Opposing offenses were able to take advantage of the Cowboys LBs in coverage far too often last season, making it a priority in the draft to not just add talent in the secondary. As a fourth round pick, Cox will have help transitioning to Quinn’s defense as players like Keanu Neal – formerly a safety – were added to play linebacker. Safety Donovan Wilson can also play down in the box in man coverage.

Some of the most successful Cowboys defenses of recent memory have supported an elite offense by limiting big plays and keeping the ball in front of them in coverage. Cox could be a huge part of the Cowboys returning to these ways, with great range and instincts to outplay this draft position with ease.

A space-eating defensive tackle in the middle of their front is something the Cowboys have been missing badly, and Bohanna brings that. The rest of their defensive line moves this offseason would suggest they still covet position flex and athleticism, but Bohanna is the type of player that helps any other role player execute by drawing blocks.

At the second level, Smith, Parsons, and Vander Esch give the Cowboys three linebackers that can rush the passer. All three should enjoy what Bohanna brings to the table in keeping guards from blocking up to these linebackers.

Mukuamu may not be the South Carolina defender that Cowboys fans had their eye on much earlier in the draft, but he does round out their defensive class as the second to last pick of the 2021 class.

Like Wright, Mukuamu is another tall cornerback with above average ball skills, though not the same fluid athlete in coverage. At his best when the play is in front of him, Mukuamu may see time at both corner and safety, though both positions face an uphill battle for the 227th overall pick to see real playing time.

Free agent signee Damonte Kazee has past experience under Dan Quinn, and with Donovan Wilson coming on strong in 2020, it will likely take a special teams impact for Mukuamu to be noticed in 2021.

The best thing the Cowboys can do to help their defense this season is remain healthy on offense and score points the way they planned a year ago before losing not only Dak Prescott but multiple other starters. The next best thing was to draft heavily on defense in hopes of hitting on cornerstone players for the future, particularly drafting at positions where big free agency decisions loom.

Micah Parsons not only sets the tone for how this defensive draft haul could turn out, but will be expected to do so on the field early on as he leads out other potential rookie starters in Kelvin Joseph and Quinton Bohanna.

Tell us what you think about “Finding Roles for Cowboys 2021 Draft Class: Defense” in the comments below. You can also email me at Sean.Martin@InsideTheStar.com, or Tweet to me at @SeanMartinNFL!