It's unbelievable how fast football season goes by. You blink your eyes and four weeks have passed. As we get ready for October football, we think by now we have a grasp of what's going to happen in the NFL. But we know better. This is an unpredictable league. Players and coaches love to say this is a humbling league and that you can't take anything for granted. Same goes for both fans and analysts, who share their flaming hot takes before being shocked by the reality of things.

Even still, we press on. And today, I'll share with you how I see things shaking up now that we've reached the quarter-season mark. Let's begin with the AFC.

The New England Patriots and Kansas City Chiefs have proven they are the best two teams in the NFL. Patrick Mahomes is still slinging it and dissecting defenses. The Patriots this time look like a defensive team with one hell of a unit. And well, the Patriots aren't losing the AFC East… I mean, we know that, right? I don't believe any of these teams loses its division. They're simply too good.

Then come the Cleveland Browns taking the AFC North title home after years of suffering. Surprisingly, I've got the Ravens out of the playoffs. They're a good football team but I believe the Browns we saw open the season 0-2 don't reflect the talent that team has, so I'll give them the edge just like I did when the season started.

The Houston Texans get the nod in the South but by a thin margin. If Gardner Minshew keeps it up, the Jaguars will be in the race until late in the season. But I'll go with the team that has Deshaun Watson. Their offensive line is not good, but I trust them to get the job done just like they did last season.

The Bills making the playoffs might surprise some, but looking at their schedule I really wouldn't be surprised if they pull it off. They quietly have a top defense in the NFL and will approach ten wins. The Chargers aren't healthy, but they'll pull it together as the season goes on and make the postseason.

Again, the first two seem like very easy picks to me. The Saints have proven they're such a complete team that they can even beat tough rivals without Drew Brees. He'll get healthy and lead this team to battle properly. The Rams haven't looked very convincing but I'm confident they'll pick it up along the way.

I've got the Cowboys barely taking the NFC East over the Philadelphia Eagles, but I have both making the playoffs either way. They're complete and talented teams with good, young quarterbacks.

I didn't expect the Packers to be in the conversation but the Minnesota Vikings and the Chicago Bears have been extremely disappointing and I just can't pick them to win the division. Instead, the Packers' defense has proved the hype was right and although the offense must pick it up, I believe at some point they'll find a philosophy and stick to it.

Last but not least, the wildcards. As I mentioned above, I've got the Eagles very close to the Cowboys, so they'll be in January. Finally, I'm taking the 49ers. Jimmy Garoppolo is playing better and there really isn't another team I'd put in above them at the moment. The Seattle Seahawks could be in it as well. So could the Vikings and Bears if they figure things out fast. 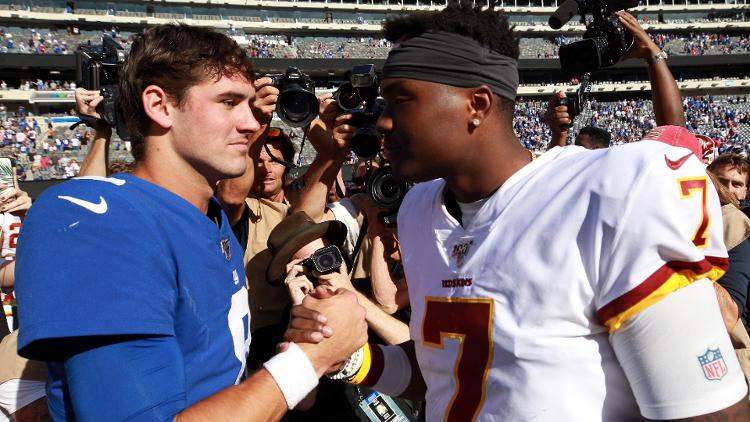 If someone picked the Tampa Bay Buccaneers to win outright over the Los Angeles Rams, it was probably by accident. As a road 9-point underdog, the Bucs shocked the reigning NFC Champions by dropping 55 points on them last Sunday. Their offensive line committed no penalties and nullified Aaron Donald. When the Rams had a bit of hope to make the comeback, Ndamukong Suh sealed the game with a 37-yard scoop-and-score.

This week was filled with underdogs wins, so honorable mentions go to every other team that shocked the NFL this past weekend, but specially to the Cleveland Browns, Oakland Raiders and Tennessee Titans. 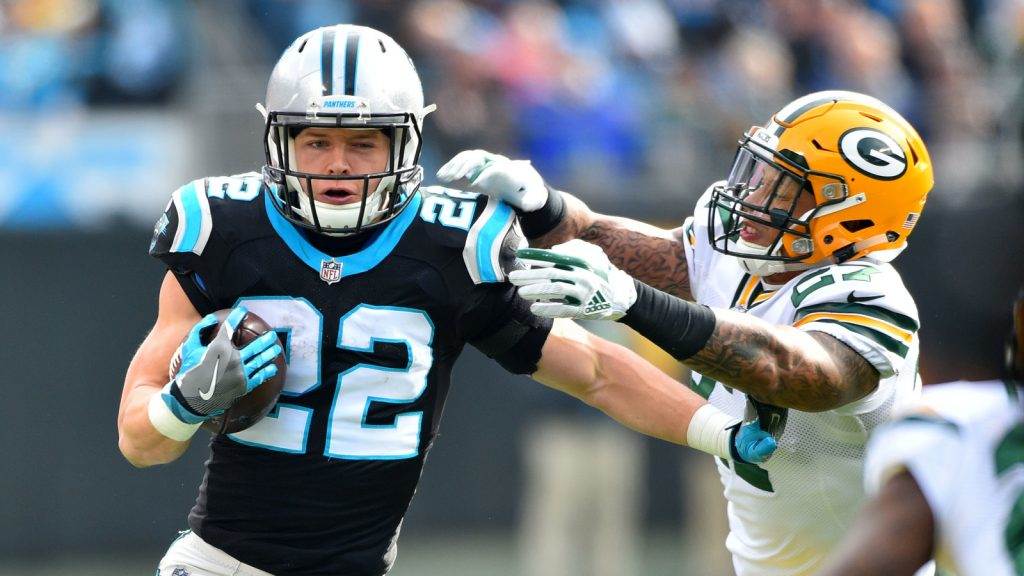 McCaffrey was electric last Sunday versus the Houston Texas. On a close 16-10 road win, he was the difference maker for the Panthers. He had 37 touches for a total of 179 yards. What was most impressive to me is how hard he was to take down. In total, he had 11 broken tackles, a career high for the young running back.

College Football Corner: Ohio State Had Our Curiosity But Now…

The Ohio State Buckeyes were a very debated team among experts headed into the season. Nick Bosa and Dwayne Haskins declared for the NFL Draft, Urban Meyer retired, and the Michigan Wolverines looked like a very promising team before the season began. Three weeks later, the Buckeyes look like the best team in the Big Ten and perhaps in College Football. Justin Fields, who transferred from Georgia, has been dominating at quarterback and Chase Young has replaced Bosa perfectly. They're still one of the most talented teams in the nation and have outscored opponents 262-43. They've covered the spread four times out of five.

Ohio State had our curiosity, but now they have our attention.

A big challenge is ahead of them next Saturday. Fields and the offense have looked pretty well, but now they face Mark Dantonio's defense when Michigan State heads to Columbus.

Mauricio Rodriguezhttps://www.facebook.com/PrimeroCowboys/
I love to write, I love football and I love the Dallas Cowboys. I've been rooting for America's team all the way from Mexico ever since I can remember. If you want to talk football, I'm in... You'll find me at @MauNFL.
Previous article
Dallas Cowboys Add Safety Depth with Veteran Josh Jones
Next article
WR Amari Cooper Must Bounce Back Against A Strong Packers Pass Defense

After a somewhat shaky game, the Dallas Cowboys beat the Detroit Lions 24-6 last Sunday. In the first half, both teams were in a...
Read more
Game Notes

The Dallas Cowboys notched their 5th victory, defeating the Detroit Lions 24 to 6 Sunday afternoon. With the help of five turnovers in the second...
Read more