I doubt many of us expected the San Francisco 49ers to be undefeated through six weeks. But they are. And it’s not like they’ve only beaten bad teams. Last weekend, they defeated the defending NFC champions, the Los Angeles Rams, playing without their starting offensive tackles. At 5-0, they’re the official favorites to win the NFC West.

It’s fair to put them in the discussion of being the best team in the National Football Conference. The Rams are not what they were and other teams like the Green Bay Packers, Philadelphia Eagles and Chicago Bears haven’t been as dominant as many expected them to.

The only team that I’d think of ranking over the 49ers is the New Orleans Saints. Even without Drew Brees, they find themselves as one of the best teams in the league and are full of talent on offense and defense.

But the 49ers have played better football than any other team in the NFC.

Right now, they’re the second best team in DVOA in the NFL by a wide margin. In fact, they’re defense is among the best of all time through five games in this category. They rank second since 1986 in defensive DVOA, only behind the 2019 New England Patriots.

Jimmy Garoppolo has played well. Although he hasn’t been a passing yards machine, he’s completed 69.9% of his attempts.  They’ve found a rushing attack with a strong running back committee, becoming the second best rushing attack in the NFL while averaging 179 yards per game on the ground. Their offensive front is solid and will be even better when they get tackles Mike McGlinchey and Joe Staley back.

Not to mention, on the other side of the ball, they have one of the best defensive lines in football with a top edge rusher who’s only getting started in Nick Bosa. He’s only a rookie, but he’s playing like a top pass rusher already.

This team is truly special and 100% real. Don’t expect them to go away, because they won’t.

The Vikings took advantage of an unhealthy defense from the Philadelphia Eagles as Kirk Cousins threw for 333 yards and four touchdowns. His main weapon was WR Stefon Diggs, who had seven catches, 167 yards and three touchdowns, including a clutch 62-yard catch. Recently, Diggs was reportedly asking for a trade. Now he might be happy in a 4-2 Vikings team that sits at second in the NFC North.

Underdog of the Week: Pittsburgh Steelers

It was a rough game for Pittsburgh but they walked away with their second win of the season. They did so led by none other than Devlin Hodges, third-string quarterback. His game wasn’t great but team effort pushed this team to to a big-time upset on Sunday Night Football. James Conner racked up two total touchdowns, but it was rookie Benny Snell Jr. who led the team rushing with 75 yards.

Fun fact: The Steelers won with only one player with over 15 receiving yards, RB James Conner, who had 78. 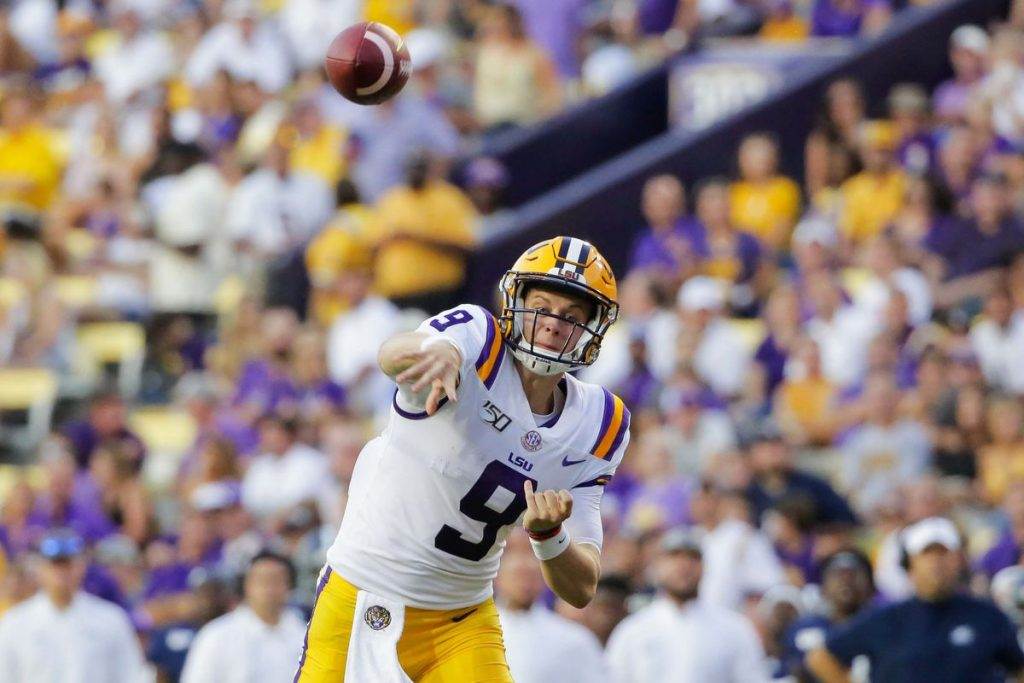 College Football Corner: Should LSU Be #1?

The LSU Tigers are putting on a show. They already have two Top-10 wins as Joe Burrow continues to position himself as a candidate for the Heisman trophy. What Offensive Coordinator Joe Brady has done for the Tigers has been remarkable. Ironically, offense is the Tigers’ strong suit now. There’s a big-time argument for them to be ranked above both Alabama and Clemson.

According to the AP Poll, they are the #2 team in the country but I wouldn’t be surprised if by the time the College Football Playoff Selection Committee’s rankings come out, they’re #1. Alabama and LSU play in November, by the way. I can’t wait.

Tell me what you think about “Football Focus: The San Francisco 49ers Might Be NFC’s Finest” in the comments below, or tweet me @MauNFL and let’s talk football! If you like football and are looking for a Dallas Cowboys show in Spanish, don’t miss my weekly Facebook Live! show, Primero Cowboys!