Micah Parsons has been asked to do a lot early in his Cowboys career, with the twelfth overall pick getting reps at linebacker, defensive end, and behind a chess board with wide receiver Amari Cooper. This is to be expected as the top draft pick added to a porous defense from a season ago. As far as expectations for just how much Parsons can help turn this defense around under new DC Dan Quinn, NFL Network's Good Morning Football compared the Penn State prospect to Broncos All-Pro Von Miller.

Miller won Defensive Rookie of the Year with the Broncos in 2011. The second overall pick was drafted under DC Dennis Allen, who brought a 3-4 scheme to Denver in his first season. The Broncos saw an immediate payoff, as Miller's pass rush ability propelled them to fifth in sacks behind his 11 and a half. Allen only coached the Broncos defense for this season, taking the Raiders HC job in 2012. 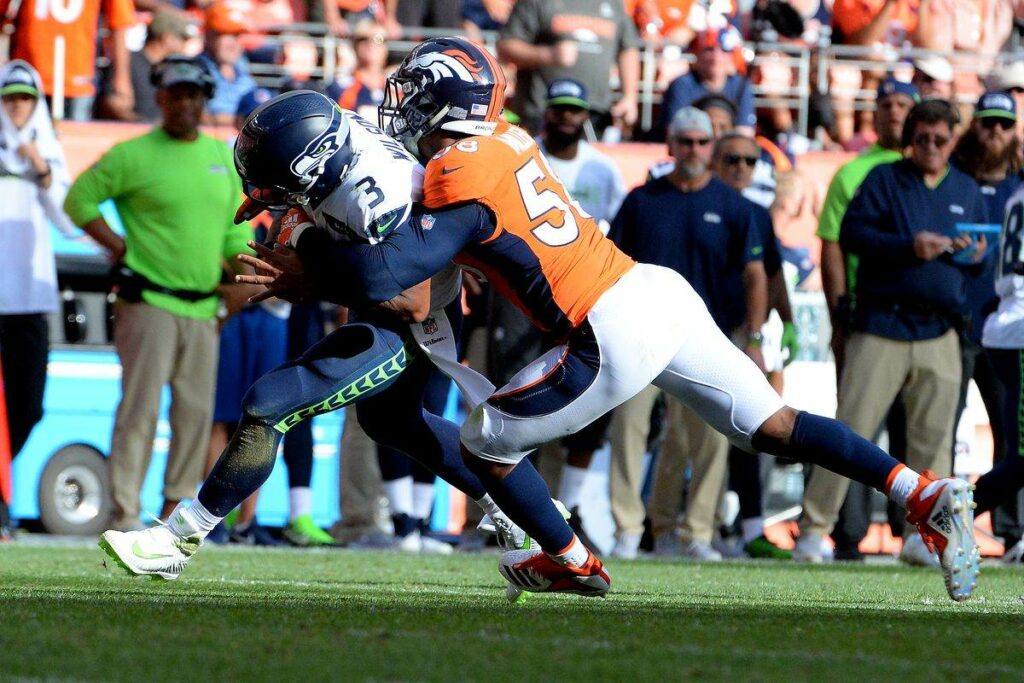 DeMarcus Ware, Terrell Suggs, Aldon Smith, and league-leader Jared Allen were among just the eight players ahead of Miller as a rookie out of Texas A&M. Miller was a pass rush specialist in college as well, putting up 27.5 sacks from 2009-10. Micah Parsons ability to rush the passer in the NFL is a projection based on five sacks in his last college season.

The Cowboys wanted Dan Quinn to have a big say in how they rebuilt this defense from the low point Mike Nolan left at it in 2020. They entered the draft with CB/S seen as their biggest defensive need, but weren't in position to pass on talent at any other position as well. With the top CBs gone, a versatile player like Parsons became the Cowboys trade down target.

The Eagles came up to the Cowboys 10th overall pick to draft another player that Good Morning Football foresees a strong rookie season for, Alabama WR Devonta Smith. Kyle Brandt compared the Heisman winner to Stefon Diggs. Smith and Parsons' comparisons weren't the only lofty predictions from the show, as Najee Harris was linked to Derrick Henry. 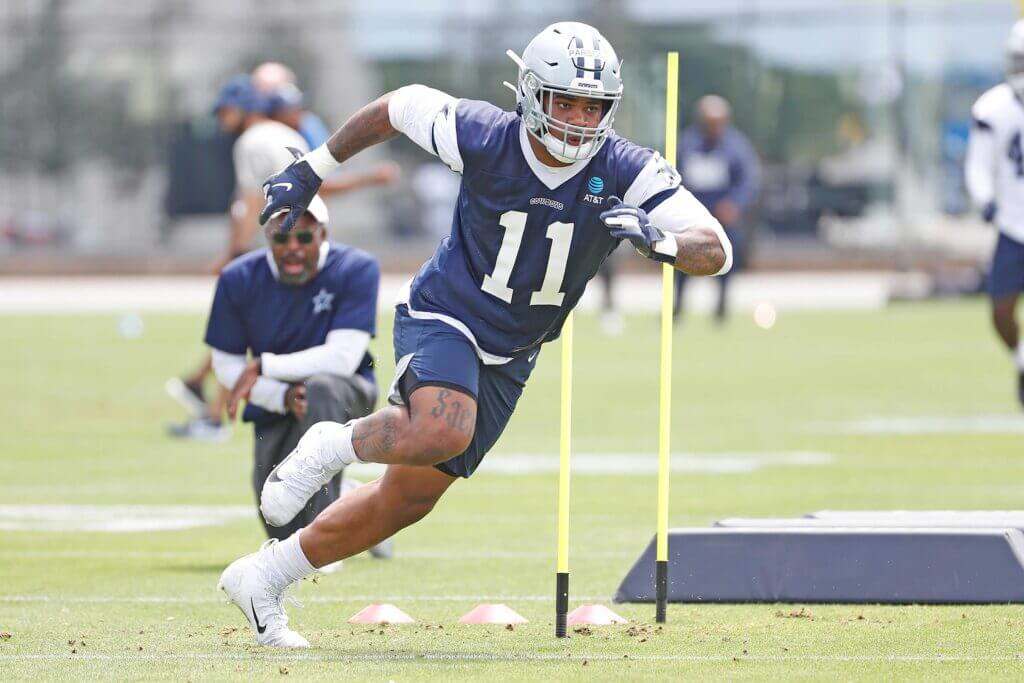 For Micah Parsons to bring what Miller did to the Broncos, the Cowboys would first have to trust their starting linebacker duo from 2020 to handle the MIKE and WILL roles. Leighton Vander Esch and Jaylon Smith will face competition from not only Parsons, but fourth round pick Jabril Cox and FA signing Keanu Neal.

If this deep group of LBs makes it difficult for Parsons to see playing time, he'll only have DeMarcus Lawrence and Randy Gregory to try and take off the field at defensive end.

There's no doubt the Cowboys have a plan for Parsons to contribute early in 2020, but doing so at the level of a former Super Bowl MVP is asking for a letdown. Miller quickly became the type of impact defender that made deciding plays in the biggest games for the Broncos.

The Cowboys simply haven't had any defensive player that fits this mold in years. If it becomes the upside for Micah Parsons, he'll go down as the best pick from this Cowboys class easily. What if he lines up like mostly all other NFL rookies, adjusts to learning multiple positions, and develops into a starter Dallas can play in coverage or in pass rush?

Mike McCarthy and the Cowboys coaching staff would tell us that's just fine too, while pointing to a handful of players the Cowboys are also hoping mends this defense – all of which could decide where Micah Parsons ultimately lines up starting in Oxnard and against Tom Brady and the Bucs on September 9th.

Parsons does compare physically to Miller when both are graded as outside linebackers. Miller's advantage in measurements of short-area quickness show why he was able to beat NFL tackles with speed and flexibility from his first season.

The Cowboys first training camp practice will take place on Thursday, with fans in attendance to be apart of the experience in Oxnard again. This will be the first chance to see Parsons on the field since OTAs and mini camp, where by all reports the rookie got off to a strong start working across the front seven.

Cooper Rush and the Dallas Cowboys take on the New York Giants tonight in the first divisional game of the season. The world was caving...
Read more
Game Notes

Off their first victory of the season, the Dallas Cowboys (1-1) look to keep on rolling with momentum in Week Three, as they will...
Read more
Subscribe
Login