How Close Are The Cowboys From Competing In 2020?

Was there a bigger disappointment in 2019 than the Dallas Cowboys?

While some may argue the Cleveland Browns stole that crown, no one inside of the Cowboys' fandom would feel that way.

The Cowboys came into last August as one of the league's premier Super Bowl contenders, expected to be in a season long battle with the Philadelphia Eagles for NFC supremacy. Instead, the Cowboys faltered and stumbled to an 8-8 record, leading to an incredible level of coaching staff turnover and a new era in Dallas.

Despite being such a disappointment last season, though, most seem to believe that just a few personnel tweaks could propel this team to the top of the league. Of course, at the top of that list of necessary moves is re-signing both Dak Prescott and Amari Cooper.

Prescott's career arc took a dramatic turn for the better when the Cowboys acquired Cooper midway through 2018, and following a career year personally in 2019 Prescott will command a big contract this offseason.

Let's assume those two are locked in, as is Mike McCarthy's guy Randall Cobb. That would allow the Cowboys to bring back the majority of their 2019 offense which was towards top in the league in multiple major statistical categories all season. But is it a complete product?

I'd argue no, not until the tight end position is addressed in some way. This doesn't necessarily mean the Cowboys have to go out and spend free agent money on a tight end, the answer may be within their four walls already. Blake Jarwin seems to have a nice chemistry with Prescott, and was the most athletic and explosive after the catch tight end on the team's roster a year ago. 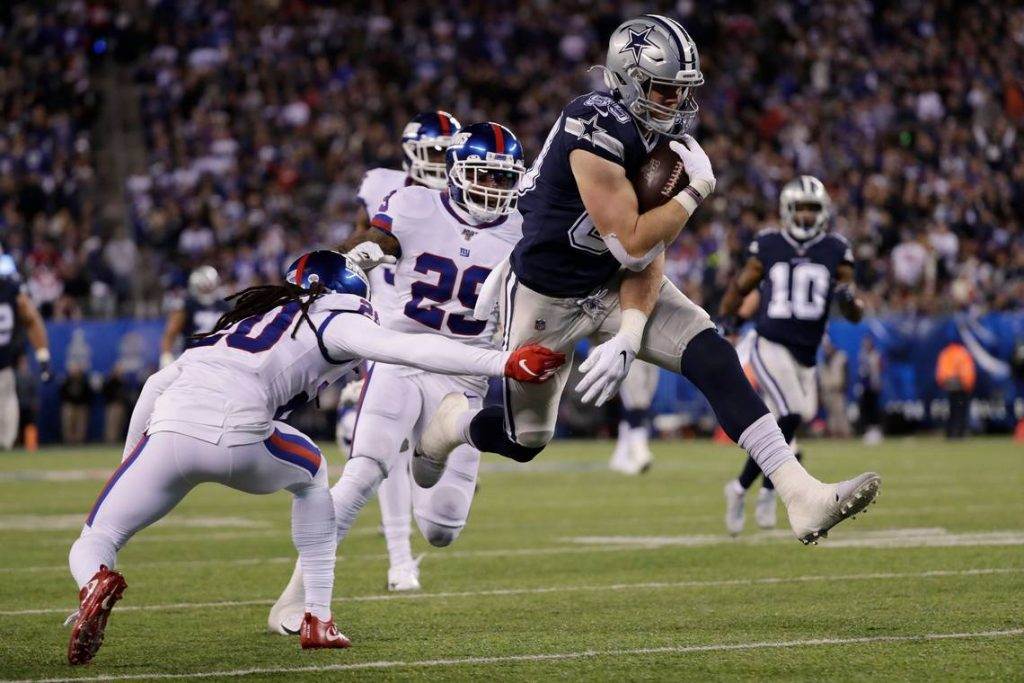 Jarwin is still just 25 years old, and it's possible he can continue to develop into a legit receiving threat. He does struggle as a run blocker yes, but that becomes secondary when evaluating Jarwin if he is a real receiver.

Defensively, last year's results would seem to prove the Cowboys are further away from competing than we initially hoped.

Upfront the Cowboys still feature one of the league's most feared pass rushers in DeMarcus Lawrence, and the raw talent at the linebacker position is jarring. But there's a lot of potential roster turnover in the secondary and at the defensive end across from Lawrence.

All Pro cornerback Byron Jones is entering free agency, as are starters Anthony Brown and team sack leader Robert Quinn. Then there's the problem at safety, where Jeff Heath's play has been inconsistent and Xavier Woods has yet to reach the levels Cowboys fans had hoped for.

What Dallas decides to do at safety and cornerback may ultimately form the team's ceiling in 2020. To be honest, hindsight says a mistake by safety Jeff Heath against the New York Jets had a big hand in killing the team's playoff chances last year.

No matter what this is going to be a fun, eventful offseason.

One that will lay the blueprint for what the Mike McCarthy era will be in Dallas.

Kevin Bradyhttps://kevinrobertbrady.wordpress.com
Die-hard Cowboys fan from the Northeast, so you know I am here to defend the 'boys whenever necessary. Began writing for a WordPress Cowboys Blog, and have been with ITS since 2016.
Previous article
Cowboys en Español: El Momento Ha Llegado Para el Retiro de Witten
Next article
3 Tight End Options for the Dallas Cowboys in 2020 Free Agency

A lot went wrong for the Dallas Cowboys in 2020. They signed several veteran free agents before the season started, but nearly all were...
Cowboys News

The Dallas Cowboys were a disaster on the defensive side of the ball in 2020. They finished 28th in points, 31st against the run,...