The Dallas Cowboys entered the regular season fairly healthy. The only one of their projected starters or primary role players that was out of action in week one was Robert Quinn who will serve the second of a two games suspension on Sunday for violating the NFL's policy on performance-enhancing drugs.

Probably, the most significant absence from week one was rookie Safety Donovan Wilson. Wilson, who lit up the preseason with three interceptions also suffered an ankle sprain in the final preseason game and was forced to miss the Dallas Cowboys win 35-17 win over the New York Giants.

Per David Helman of DallasCowboys.com, Wilson was limited in practice on Wednesday and may be ready to play when the Dallas Cowboys travel to Washington to face their NFC East rival. 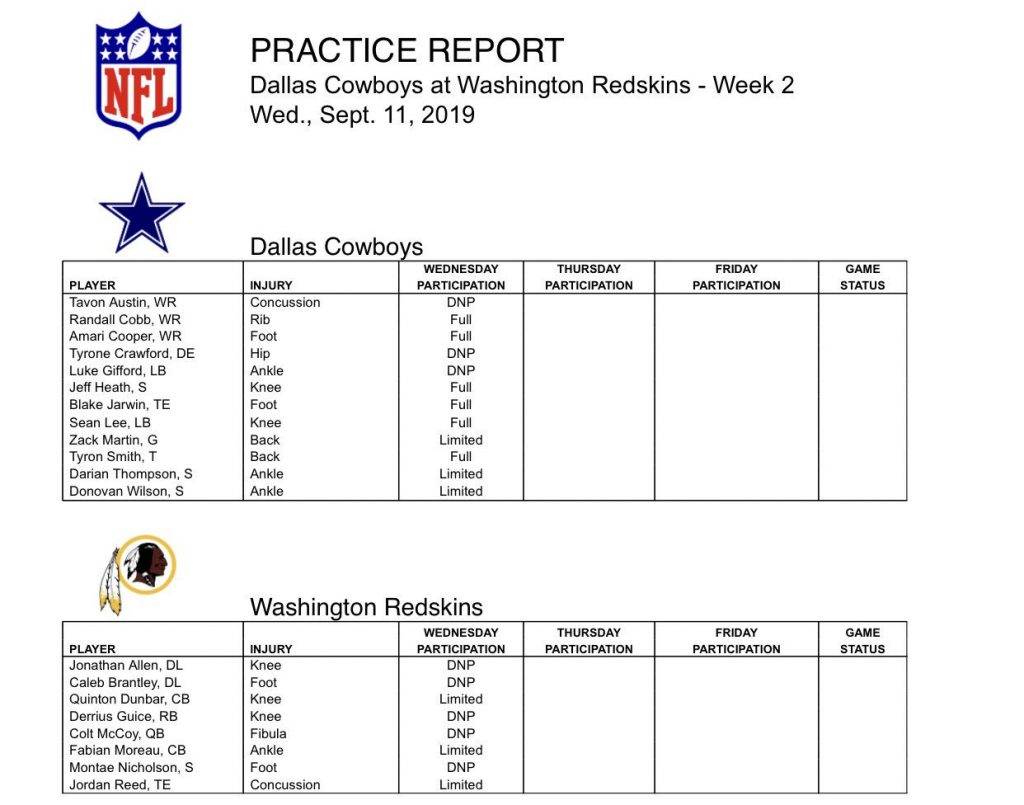 During training camp and the preseason, Wilson has been the most productive and talked about rookie of the 2019 draft class because of his ability to make plays on the football. During the preseason games, he showed excellent awareness and range in the passing game to cover long distances on a couple of occasions to intercept the football. Many have even clamored for Wilson to take over as the starting strong safety in place of veteran and team captain Jeff Heath.

While it may be some time still before we see Wilson play a significant role for the defense, getting him back on the field and healthy is the first step. He's a natural playmaker in the passing game dating back to his time at Texas A&M and though he'll have some things to work on, namely his tackling, players who can create turnovers will generally force their way into games at some point.

If Wilson is back this week, he'll likely get most of his work on special teams and could fill in at times at safety for both Jeff Heath and Xavier Woods to give them a breather. If the Cowboys are worried about overexposing Heath on defense, they could scale him back from 90% of the plays to 75% and give Wilson the other 25% of the strong safety snaps.

It isn't often that a sixth-round pick makes as much of an impression on fans as Donovan Wilson has in just five months with the team. That's how impressive he's been in his short time with the Dallas Cowboys. If he can get back healthy, he'll work his way onto the field at some point and be a significant playmaker when given the opportunity.

John Williamshttps://anchor.fm/inside-the-cowboys
Dallas Cowboys optimist bringing factual, reasonable takes to Cowboys Nation and the NFL Community. I wasn't always a Cowboys fan, but I got here as quick as I could. Make sure you check out the Inside The Cowboys Podcast featuring John Williams and other analysts following America's Team.
Previous article
Amari Cooper is the Ideal Star you Want on Your Roster
Next article
#WASvsDAL: Betting Preview, Trends, And Prediction

The Pro Bowl has become an afterthought recently, but that still shouldn't take away the fact that both Micah Parsons and Zack Martin are...
Game Notes