Is It CB Patrick Surtain II Or Bust For The Dallas Cowboys?

Every mock draft is the same.

Quarterbacks galore in the first few picks, a couple more offensive studs come off the board, and then the Cowboys have their pick of the top cornerback in the draft. At this point, Alabama cornerback Patrick Surtain II feels almost like a lock to be the Cowboys' tenth overall pick.

But is that really the case?

Every year, weird things happen in the NFL Draft. A trade you didn't expect, an assumed lock top ten pick falls down the board, the consensus top tackle has a picture released with a gas mask…you get the point.

The NFL Draft is consistently one of the most unpredictable drafts in professional sports, and it's rare that all the mock drafts are inline with one another and actually correct in reality.

Patrick Surtain II would be a dream pick for the Cowboys. But if something weird happens, and Surtain isn't there, it's not the end of the world for America's Team.

For starters, this is a deep cornerback class. Not only would South Carolina's Jaycee Horn be an incredible “consolation” prize in the first round, there are a plethora of other cornerbacks to consider later on that draft pundits feel will be ready to play in 2021.

Caleb Farley might be the top cornerback himself if not for medical concerns, Asante Samuel Jr. has proven worthy of late first round consideration, and Greg Newsome II has built a cult following in corners of draft Twitter. 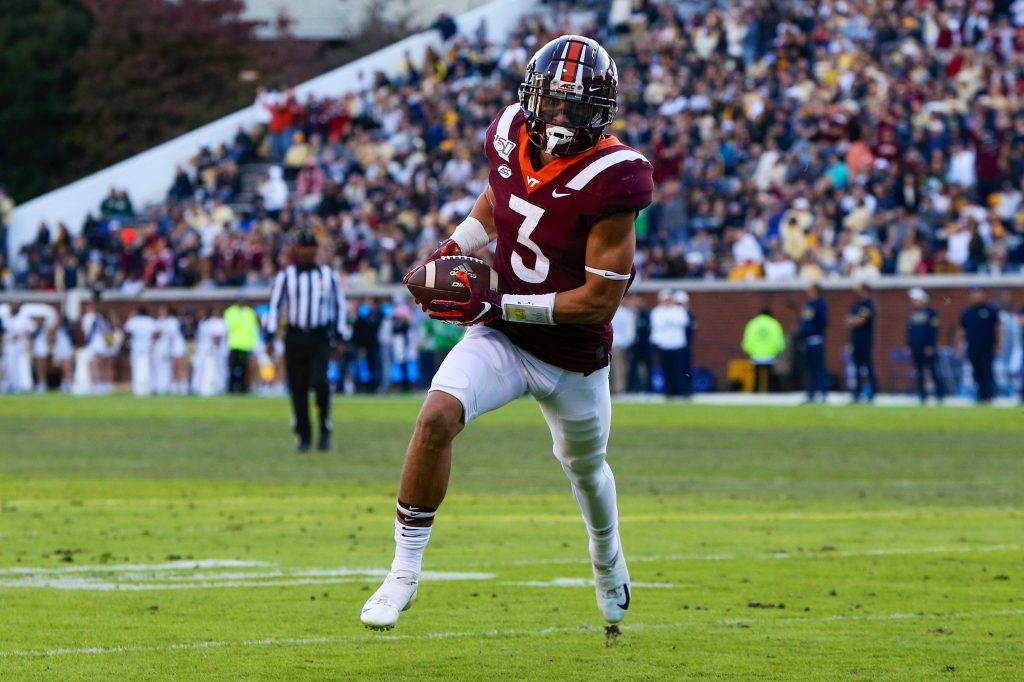 Then there's the other possibility tenth overall. Drafting for offense.

If Florida tight end Kyle Pitts were to slide to 10, the Cowboys could find their final infinity stone to this already dominant passing offense. Or, they could take Rashawn Slater, and help solidify an offensive line that completely fell apart in 2020.

Right now it feels pretty simple. The Cowboys need to draft Patrick Surtain II, and if not him, then Jaycee Horn. But we all know that when those top nine picks start getting made, something strange will happen, potentially opening the Cowboys up to a currently unforeseen draft route.

Surtain II is my favorite choice at 10, but all I'm saying is we should keep an open mind.

Kevin Bradyhttps://kevinrobertbrady.wordpress.com
Die-hard Cowboys fan from the Northeast, so you know I am here to defend the 'boys whenever necessary. Began writing for a WordPress Cowboys Blog, and have been with ITS since 2016.
Previous article
Patrick Surtain’s Father Feels He’ll be a “Perfect Fit” With Cowboys
Next article
Tyler Biadasz Remains Cowboys Starting Center, but Could That Change?

Yes, and No. If he is their guy, put his name in at 10 and don’t look back. But…if the team has a dif’t approach namely CB-FS-DT-1Tech for the 1st 3 rounds then go get the best talent at those 3 positions. At 10 you are picking a day 1 starter who is a significant upgrade at a position of need. That screams…”Surtain!”

If Pitts is indeed the best player in the draft, don’t see him falling to 10. So unless we move up, we have to move on to a different target. Being the draft is deep in good CB prospects, I can see getting a solid one in second round. My choice in 1st would be LB Parsons, who fills a big need and is a great value, as he is considered the best defensive player in the draft, and, the middle LB position is the heart of a defense. I think all can agree, our run defense was putrid last year. Parsons can be a major upgrade to our run defense, PLUS can blitz the QB effectively, AND cover well in passing situations. IMO, LB position is more important and more flexible than the CB position. My two cents, and I’m sure others will argue for a different pick.

Agree VAM- Parsons is the guy that can immediately make an impact on this defense. Get him and a good 1-tech and teams will stop running it down our throats. Parsons was the #1 rated defender against the run in CF and is the best passing rushing LB in the draft as well (by far). Get him at #10 get BA CB with 2nd pick and depending on where the value is FS/DT/OL with the next three picks. Then double up on CB and DT.

Gary b, that sounds like a good, lucid plan for trying to get our ailing defense back to being competitive. I don’t see the rush to draft a CB when our PASS defense was rated 11th, but our RUN defense was 31st. CB position is deep, and we should be able to draft a good one in second or even maybe third round.

,I am in complete agreement, take Parsons if he is there and then take the next best CB, safety and defensive tackle. Stop the run. You can not be last in the league in stopping the run and not address it with the best defensive player in the draft. Being number 10 in the draft, there will be some big decisions in front of them. At some point, they do need an offensive lineman whether that be in the draft, undrafted player, trade or free agent.

Trade most of those picks from 5th round and later, move up and take better players. If there is some team out there crazy enough to take your 5th, 6th and 7th round picks in order for the Cowboys to move up and take better players at a need position, trade those picks. I would be super happy to land four to five players that might actually contribute, and contribute early and often, opposed to 10 players that the majority land on the practice squad, at best.