Between a radio appearance yesterday morning and other media engagements on Wednesday, Dallas Cowboys Owner Jerry Jones had plenty to say regarding Ezekiel Elliott's contract holdout. Based on Jerry's comments, there are still many ways this situation could go.

Here are some of Jerry's most telling quotes:

Jerry Jones on @1053thefan: Nothing new on Ezekiel Elliott’s contract talks. Jones said there is no deadline. “We have to be prepared to play without any given player. …We may very well play without a player that’s not coming in on his contract. We’ll play and we’ll play well.”

Jerry Jones mentions Ezekiel Elliott while addressing the crowd during the team’s annual kickoff luncheon: “We’re missing one, but we’ll have him on the field. I’m not joking.” pic.twitter.com/mvCq0iYZD4

Over the course of a few hours, Jerry's thoughts and words seemed to grow in confidence and resolve. Whether that final comment meant Zeke would be back for Week One or just sometime during the 2019 season, only Jones knows for sure.

There's never been a doubt that the Cowboys want Elliott back, but the issue is at what price? They are likely haggling over guaranteed money, with Dallas unwilling to match the $45 million that the Los Angeles Rams gave Todd Gurley last year.

Health concerns with running backs are always an issue, and Elliott brings the added concern about his history with the NFL front office and the personal conduct policy.

Thankfully, there appears to be far more collaboration between the Cowboys and Zeke than what we see with the L.A. Chargers and Melvin Gordon. Since the beginning of August, oddsmakers and other analysts have contended that Elliott was more likely to end his holdout and report by Week One than Gordon.

But while Melvin appears intent on leaving the Chargers, Zeke has said recently that wants to remain a Cowboys for life. With Jerry Jones' comments clearly showing he wants Elliott to remain with the team, hopefully the two sides will figure this out before Dallas hosts the New York Giants on September 8th.

Find someone else! ,The hell with anthem kneeling ,Mr like to put his hands on people. Cowboys need another rb not baby sit this has been 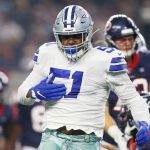 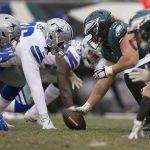