The Dallas Cowboys have been more vocal this offseason about their plans to upgrade a roster that took them to the divisional round of the playoffs. It's a departure from the norm for Jerry and Stephen Jones as they don't talk a lot about spending in free agency. On the contrary, they're typically trying to temper expectations as the league approaches its annual season for spending.

Over the weekend, Jerry Jones, meeting with reporters at the NFL Scouting Combine spoke about how he doesn't have much time to wait for this team to be a Super Bowl winner.

Jerry Jones: “I’m running out of time more than I was last year. There’s more urgency (this season). We need to take advantage (of a young, talented team). We need to grab this while it’s here.”

Jones is getting up there in age and there's no telling how much time he has left on this Earth. He's watched several of his counterparts pass away in recent years. In the Fall, both Houston Texans Owner Bob McNair and Seattle Seahawks Owner Paul Allen passed away. Within five weeks of each other. As people age, life becomes a bit more urgent as they watch their contemporaries leave this life. Jerry Jones, even with all that he's accomplished, has never shied from the fact that he wants to bring another Super Bowl to the Dallas Cowboys. Jones has never been satisfied and will never be satisfied.

Jerry Jones: "I admire people who have got enough to quit being hungry or quit having something they want to have and they have peace. I've never been there. The hunger is for what we're talking about right now, winning a Super Bowl, not getting another billion dollars." https://t.co/hXyVdnDMxQ

The Cowboys have one of the better young teams in the NFL and have a core of players that just need a few more pieces to put them over the top. It looks like the Cowboys front office is getting ready to get those pieces in the upcoming free agency which opens on March 13th.

The most talked about position this offseason has been free safety and there are several good ones available this offseason, headlined by Earl Thomas and Landon Collins. The Cowboys also need to find some help along the defensive interior to go along with Antwaun Woods and Maliek Collins. They'll have to replace their slot wide receiver as it is expected that Cole Beasley will be leaving in free agency and there are several options there for the Cowboys as well in Adam Humphries, Golden Tate, and Jamison Crowder.

And then comes the draft. The Dallas Cowboys have been excellent in recent years at finding year one contributors to their franchise. In 2016 they found Ezekiel Elliott, Dak Prescott, Maliek Collins, Kavon Frazier, and Anthony Brown to contribute year one. In 2017, it was Chidobe Awuzie, Jourdan Lewis, Xavier Woods, and Noah Brown. In 2018, Leighton Vander Esch, Connor Williams, Michael Gallup, and Dalton Schultz all made significant contributions to the Dallas Cowboys playoff run. In 2019, there's no reason to expect that Will McClay and the scouting department won't be able to find several year-one contributors as well.

As I wrote earlier in the offseason, this is the time for the Dallas Cowboys to push all their chips to the table. They've built a strong foundation in Dak Prescott, Ezekiel Elliott, their offensive line, their dynamic young linebacker duo, DeMarcus Lawrence, their defensive back group, and Amari Cooper, that now is the time for the Cowboys to spend big.

“There's no time like the present” should be the theme for the 2019 offseason. After making it to the division round in two of the last three seasons, it's good to see Jones getting a little impatient and ready to make some splashes in free agency. They have the salary cap situation to be able to do some shopping as well as get long-term contract extensions done with their guys like DeMarcus Lawrence.

After making the move to acquire Amari Cooper, the Cowboys showed that they are ready to make the necessary moves to supplement their solid drafting to put this team over the top. As March 13th approaches, it sounds like the Cowboys will be players in the free agent market. For them to finally win that elusive sixth Super Bowl, they'll have to be. As we've seen with teams like the Rams, they don't stand pat and hold their ground. They'll be aggressive in trades and in the free agent market.

Time for the Dallas Cowboys to do the same. 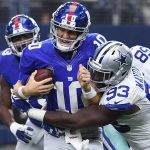 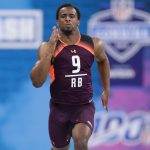