Through just two games, the Dallas Cowboys addition of Kris Richard to their revamped coaching staff appears to be the team's best move of the offseason. Defensive Coordinator Rod Marinelli revealed that Richard is calling the team's plays on defense, which explains their attacking style of play so far.

It was the Cowboys blitzes that disrupted the Giants offense enough for Dallas to earn their first win a week ago. With the schedule set up favorably for the Cowboys to build off this win, Richard must lead his defense past his old team in Seattle for Sunday's week three match up.

On paper, the Cowboys defense should be able to limit the Seahawks thanks to their strong pass rush and lengthy secondary. Welcoming back Xavier Woods at safety, the Cowboys are getting even better in the back end against the Seahawks, allowing Richard to throw even more looks at Seattle with his front seven.

Starting wide receiver Doug Baldwin and guard Ethan Pocic will both miss this game for the Seahawks.

With an offense still trying to find its footing though, Richard' profound impact on the Cowboys staff has extended past the defensive side of the ball this week. Perhaps the most criticized Cowboys coach this season, Offensive Coordiator Scott Linehan has sat down with Richard to study the Seahawks defense – coordinated by Richard against the Cowboys specifically.

Scott Linehan and Kris Richard have been spending a good chunk of time together this week dissecting Seattle’s approach. Richard obviously knows Seahawks well. Linehan said Richard has great recall, taking him through each play of teams’ previous games.

At 1-1, the Cowboys are still looking to put a complete game on the field and prove they deserve to sit atop the NFC East. The defense being their strongest unit through an ugly loss in Carolina and grind-it-out win against the Giants, Linehan's offense creating some explosive plays against the Seahawks could be all the Cowboys need to exit CenturyLink field as winners on Sunday.

Since Linehan officially took over as the Cowboys OC, he is 0-2 against Seahawks defenses coordinated by Richard. When Kris left Seattle, it was believed that he got out at the right time, with the Seahawks defense declining in talent ever since 2015 (his first year as DC).

The NFL's top scoring defense in 2015, the Seahawks were a full point per game worse in 2016, and nearly 2.5 points worse than that in 2017. So far this season, the Seahawks have allowed 27 points to Case Keenum's Broncos and 24 to the Mitch Trubisky lead Chicago Bears. 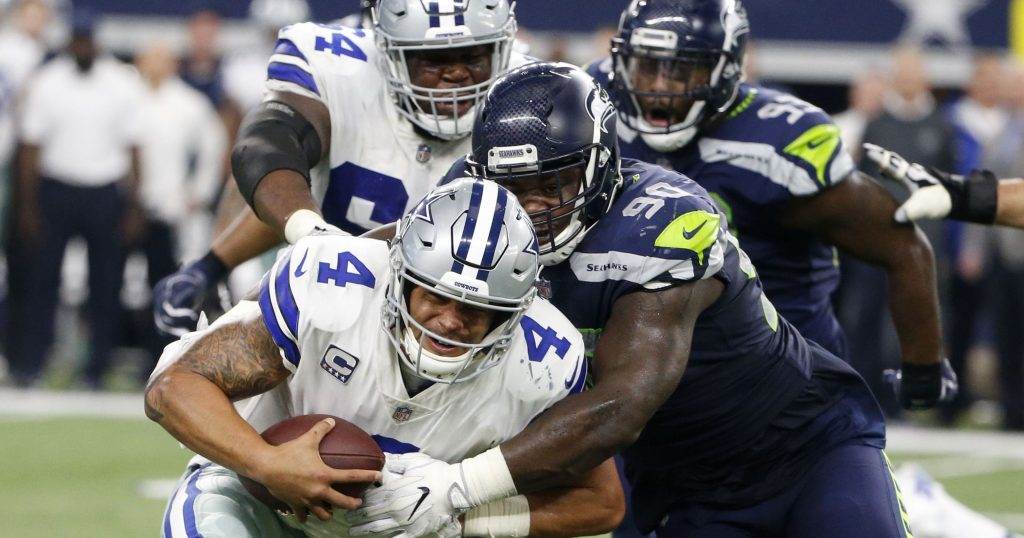 The Cowboys biggest problem against Richard's defenses had been finishing drives, something they improved on against the Giants last week. Both Cowboys losses coming at home, the Seahawks kept Dallas out of the end zone in both week eight of 2015 and week 17 a year ago.

Last year's loss to the Seahawks should still sting those at The Star who saw a desperate push for the playoffs hit a wall against Seattle's defense – holding the Cowboys to 282 yards in Ezekiel Elliott's return from suspension.

Not having to rely solely on motivation for revenge while sitting back and trusting Elliott to carry them, Richard could be the key to the Cowboys passing game finding some rhythm. After all, his official title beyond “offseason steal” is Passing Game Coordinator – a position occupied previously by Linehan himself back in 2014.

With a win, similarly to 2014 when the Cowboys came out of Seattle victorious, Dallas would go a long way in earning respect around the league.

This goes for both the offense, where the Cowboys will remain a work in progress regardless of result, and on defense where Dallas can expect Maliek Collins (knee) and David Irving (suspension) to return in the coming weeks.

Kris Richard's focus has been on bettering the Cowboys since they added him to the organization with a clear path up the ranks. Just how far Richard ascends, and how quickly, will depend on the Cowboys performance – expecting to be more than ready for the challenge ahead this week thanks to the coach responsible for building the “Legion of Boom”.

The Cowboys kickoff in Seattle being FOX's game of the week, this team has never been one to back away from the spotlight, and winning under it with Richard on the sideline would give the Cowboys all the momentum they need returning home for week four.

The Cowboys improved to 2-1 this preseason with a home win, edging the Seattle Seahawks 27-26 in their final preliminary game. But the real...
Read more