Regardless of his rookie status, Micah Parsons is arguably the best player on the Dallas Cowboys defense in 2021. The holder of that title for the last few seasons, DeMarcus Lawrence, has missed every game since Week One with a broken foot. The two may finally get to play together again this Thursday in New Orleans and Parsons is excited to get his Pro Bowl teammate back.

Lawrence played in the season opener against Tampa Bay, registering five tackles and a forced fumble, as Dallas nearly upset the Buccaneers. But the defensive end was lost for the next 10 games after breaking his foot in practice a few days later.

Tank's long absence, especially when coinciding with four missed games for DE Randy Gregory, has forced Parsons to do more pass rushing than originally anticipated for the rookie linebacker. But Micah's been up to the challenge and already has nine sacks so far in 2021.

Gregory is technically eligible to return for this week's game against the Saints but isn't expected back until at least Week 14 at Washington. But if the current reports and positive signs prove true, DeMarcus Lawrence will be back on the field for the Cowboys this Thursday night in New Orleans.

After carrying the defensive front for much of the year, Parsons is unsurprisingly thrilled to see Lawrence's return.

Cowboys rookie Micah Parsons on DE DeMarcus Lawrence returning: "He's back. He participated (in practice today). We're all very, very happy to have him back. I can tell he's real hungry."

Micah Parsons on DeMarcus Lawrence: "He's back. He participated [in virtual meetings/walkthrough] … one of the best edge rushers in the NFL … We're all very, very happy to have him back.”

What will Tank's return mean for how Parsons is used? With neither Keanu Neal or Leighton Vander Esch standing out at linebacker, Dallas may deploy Micah more at his original position and entrust pass rushing to Lawrence and Dorance Armstrong.

Given his proven prowess at getting to opposing quarterbacks, Parsons could still line up at DE some on clear passing downs. But as we saw a few weeks ago against the Minnesota Vikings, Micah can be an impact player from his LB spot as well.

Lawrence hasn't been a double-digit sack producer since 2018, often fighting double teams as Dallas' premiere defensive lineman. But his presence helped Robert Quinn get 11.5 sacks in 2019 and allowed Aldon Smith and Randy Gregory to combine for 8.5 sacks last year.

Whether it frees Parsons up to play more linebacker or simply get less attention as a pass rusher, Tank's return can only help his young co-leader in the Cowboys' late-season push.

We've had a bad run lately of expected returns not happening so you can be deservedly dubious that DeMarcus will actually play on Thursday night. We were all disappointed last week that WR CeeDee Lamb missed Thanksgiving, plus not getting OT Tyron Smith back for the Kansas City game despite earlier reports.

Hopefully the same doesn't happen with DeMarcus Lawrence in Week 13. Dallas needs to right the ship after going 1-3 in November and Tank's return may be a huge help.

I am really really surprised there isn’t more fan anger directed towards Coop, his no vaxx ignorance which caused him to miss games really P’d me off. surprised others don’t feel the same. His selfishness and stupidity let the entire team down. Also waiting for Gallimore’s return. would be nice to see Tank, Osi, Gallimore and Gregory play ONE game together!!!

The vaccine does not make you immune to Covid-19.

Surprised that no one is mentioning that the extra point that our kicker once again missed cost us the game in regulation. Another game that is.

No the vaccine doesn’t make you immune to covid, but he would not have missed both games.

The missed kicks are very frustrating and concerning.

13 vaccinated players for the Cowboys tested positive and missed a game during the first 5 weeks of the season.

Most young athletic people with an IQ north of 100 realize that Covid/vaccine is a joke. He’s a man that made a choice and smart people have his back.

Micah Parsons is [definitely] the best player on the [whole team].

There. I fixed it. No one has impacted the game like he has. No arguments, no toss ups, nothing. And he’s a rookie… insane. Image after he gets a full off-season in an NFL conditioning and weight training program….

So tired of you people going in on Amari Cooper! A covid-19 vaccine doesn’t secure you from contracting covid! Furthermore, with the delta-variant, you are even less secure! So you saying Coop let us down is ignorant and uninformed. So if you don’t have your facts together, please don’t speak! Didn’t hear you mention Aaron Rogers. So if your gonna be biased, keep it to yourself.

In fairness to Ethan, ARod doesn’t play for the Cowboys, so bringing up “bias” may not apply. Not everything, in contrary to the BS MSM narrative, is about race.

Parsons has been dominant, despite the DL being decimated by injuries. Could only imagine what he could do with some of the horses back, taking off some of the pressure. When he gets a bead on the QB, he has rare burst to get there quick.

Agree with an off season in the weight room and a year experience under his belt, he should be a terror next season.

I’ve been a Cowboy fan since 1966, so being excited to have The Doomsday Defense Back again…. I was flipping between 4 channels back then and happen to see The Fastest World catch a 80 bomb from Dandy Don Meredith….. First time I ever watched football in my life…12 years old…hooked ever since…..stuck with them to thick and thin….fair weather fan NOT….SO, HOW BOUT THEM COWBOYS…… AMERICA’S TEAM … TIME TO TAKE HOLD OF THE REIN’S CAUSE HERE WE COME!!!!

I also was 12 years old in 1966. I became a Cowboy fan because of Bob Hayes. At the time, he was the most exciting player I’d had seen. So glad he made the Pro Football Hall of Fame. He single-handedly changed the way the NFL played defense. Been with the Cowboys ever since.

I can’t blame AC for not getting the Shot!! I believe he has the right to decide !! I stayed on the fence for a long time but finally decided to take the vaccine BUT not without reservations!! There is soooo much that is not known about this vaccine and if anyone claims that they know how it will react on human beings they are just flat out lying!! So AC , Dak, EE, or any other Cowboy you do what you think is right for you!!

For you self-righteous jerks condemning Coop, you might want to look at all of the players who got the shot & STILL ended up with the virus. Funny how you wouldn’t get it while Trump was getting credit for pushing it through. No vaccine in history has been shoved down people’s throats like this one- without going through 4-5 years of rigorous testing.

Why would anybody be pissed at Amari Cooper for not getting the covid vaccine?? Last time I checked he was a grown man and capable of making his own decisions!! It’s not like the vaccine makes you immune to covid!! He still would have missed both of those games even if he did have the vaccine, cause it’s an automatic 10 days away from the team if you test positive for covid!! And those games were only 5 days apart!!

And to the people blaming the kicker for us losing the game against the raiders…. It wasn’t his fault we lost, it was the refs and all of those BS penalties they kept calling on us!! But even if those penalties were all right, his one extra point missed wouldn’t have made a difference, if we would’ve kept the point after that he did make instead of going for 2 when the raiders were called for a penalty!! Mccarthy decided to take that point away and go for 2 at the 1 yard line, and then we got stopped so we didn’t get any points!! If we would’ve just kept the one point instead of getting greedy we would have won at the end of regulation!! So you can’t blame the kicker, he always comes through when he needs to!!

Reality, the Vaccine does not stop you from getting one of the many variations of the Corona Virus! Stop the propaganda fear mongering!

I’ve also read about ingredients in the Big4 have been redacted.
C’mon Dallas Stephen A. Smith is laughing again. let’s try to not waste a 7-2 start

Wake up..you think getting the jab is the answer…wrong..why are the vaccinated people getting sick…pure b.s. I respect all that make their decisions for what goes into your body..go cooper

Maybe all you “doctors” should check the difference in protocol for players vaxed vs un vaxed. Then the overwhelming data that shows vaccine reduces infection/severity by 9 to 1. Vaxed players miss one game, Unvaxed 2+. Those are facts. He’s getting paid a lot to be there and his choices kept him out for likely 3 games and let down his team in a time of need. Those are things GM’s consider when it comes time to look at this player or that player. Thems the facts.

Cooper knows better and should’ve done bettter. he could’ve missed one game instead of two , shame on you bruh 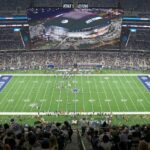 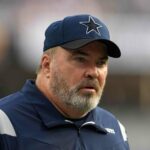