It's been a November to disremember for the Dallas Cowboys. But despite going 1-3 over the last month, the team's big lead from earlier in the season still has them atop the NFC East with just six games left to play.

Things were looking hairy after the Cowboys' overtime loss to the Raiders on Thanksgiving. The Eagles, after heating up recently, had two tasty upcoming games against the Giants and Jets. It felt like the gap between Dallas and Philadelphia could soon be closed.

But then Philly flopped hard in New York on Sunday, losing to the Giants and squandering their golden opportunity. The division is hardly clinched for the Cowboys at this point, but their lead feels much more comfortable after seeing the Eagles' failure.

In fact, the loss dropped Philadelphia out of second place after Washington's win last night over the Seahawks. Now the Football Team is closest to the Cowboys in the NFC East standings and the rivals still haven't met yet in 2021.

The win over Philly was a rare feelgood moment for the Giants this season. But it was more about the Eagles letdown than a step forward for New York; both teams looked bad at the end of the day.

With CeeDee Lamb, DeMarcus Lawrence, and others hopefully back this week, can the Cowboys get things turned around? They are catching the Saints at a good time as New Orleans has lost four straight and are changing starting QBs this week.

At the very least, Dallas' last loss wasn't the kind of beatdown they got from the Broncos or even the Chiefs earlier in the month. They took Las Vegas, a 6-5 team, to OT despite missing both starting receivers and battling some awful officiating.

Hopefully, the Cowboys take out their frustration this Thursday night on the Saints. They especially need the win as the Eagles will likely to do the same with the Jets this week.

The biggest x-factor for Philly is the health of starting QB Jalen Hurts. They're not in bad shape with Gardner Minshew as their backup, especially given the opponent, but if Hurts can't go with an ankle injury then it does make things more interesting.

Washington hopes to keep a good thing going in Las Vegas after a third-straight victory. But coming off a short week due to Monday Night Football and with the Raiders well rested from Thanksgiving, could it just be too much for the road team?

Like many New Yorkers this time of year, the Giants are headed to Miami. Currently riding a four-game win streak, the Dolphins should handle business at home but certainly have the potential for a letdown.

This is a very weak division so having to worry how the other teams fare when you started out the season with a 6-game win streak shows how hard Nov was. Combine that with so many self-inflicted wounds like Hill’s and Gregory’s suspensions, so many players and staff in Covid protocols, horrible in game decisions, silly O line shuffling, a recently non-existent run game, Anthony Brown’s public shame flogging on national TV by the Raiders, and lousy LB play outside of Parsons and this may be another year of #26andcounting? 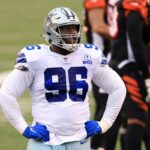 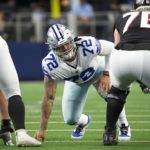