2019 was, in a word, disappointing. What was supposed to be THE year for the Cowboys turned into the best description for the Jason Garrett era in Dallas: 8-8.

It didn’t matter if the teams they played were without one or more of their best players, the Cowboys found ways to lose the game, or even beat themselves. A pair of 0-3 stretches was enough to make the most die-hard fan sick and what was worse is that it seemed as if management chose to ignore it.

Missed kicks, terrible tackling, bad pass coverage, underachieving play, dropped passes and dull, questionable play calling. It got to the point where not only did Dallas not deserve to be in the playoffs but fans didn’t even want them to go.

It wasn’t all bad though. There were instances that showed skill, excitement, and progress. Instances that gave us hope for the future of the team.

Again, the season as a whole was enough to make the strongest stomach sick, but if you break it down, there have been points throughout the year that show a light at the end of the tunnel.

“Dink and Dak” had been used profusely during the first three seasons of his career, with a stigma that he couldn’t put the ball downfield and primarily threw short routes to the slot and running back, hadn’t yet thrown for more than 23 touchdowns or reach 4,000 yards passing in a season, and the offense actually runs through Ezekiel Elliott and the running game.

His numbers told a different story. Ranking among the leagues best in many passing categories:

His contract is up by this year and he has earned his money and the right to be called their franchise quarterback. Now it’s time for him to tell Jerry to “Show me the money!” 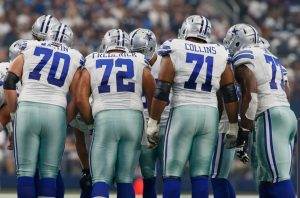 We can’t overstate how important the return of Travis Frederick was but what was more surprising is how he came in and played in the same Pro Bowl fashion fans are used to.

La’el Collins and Connor Williams elevated their play to that of their All-Pro teammates. Collins, who signed an extension in the offseason, and Williams, who is only in his second season, had been seen as the weak links of the starting five.

Instead, the team allowed the 2nd fewest total sacks in the league with 23 all year. The splits for what each player allowed were totaled:

All of which were better than last year for each of the starters and looks like a good indication for the offense next season. 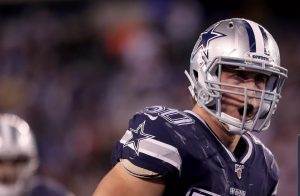 It’s crazy to think that at age 33 Sean Lee finally completed a 16-game season for the 1st time.

Injuries have plagued his 10-year career and this was the first time he saw full action. While it wasn’t his best, in terms of stats, his leadership on defense was highly touted and his ability to play the run really helped the defense in a year where they allowed only the 10th fewest rush yards per game.

Whether this was his final season or not, it was better late than never to get his first full season. We’ll have to wait and see if he is going to re-group with Jaylon Smith and Leighton Vander Esch, if he retires, or even if the Cowboys re-sign him.

Otherwise, Sean Lee was a high note for a disappointing season. 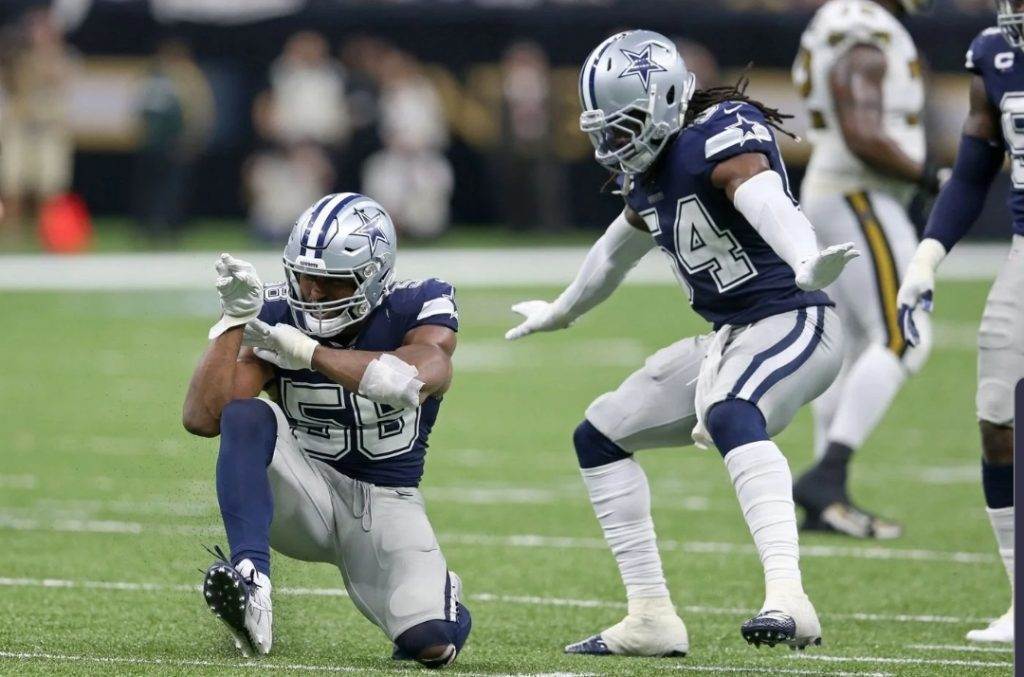 One of the bigger criticisms of the Cowboys front office has been their tendency to focus solely on signing their own free agents and not try to go out and get better players to add to the team.

2019 was a different story. Through free agency and trades, the Cowboys stocked up on talent adding players like Robert Quinn, Randall Cobb, Kerry Hyder and Christian Covington to their player rotation. All putting up respectable numbers.

Hopefully, the front office sees the success they’ve had in bringing in outside help and continues it to this next offseason.

The New Kai in Town 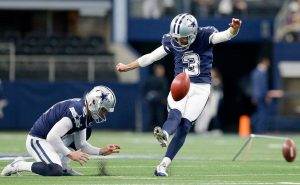 It took them 14 but games but the Cowboys finally had enough and cut Brett Maher. His long-range kicks were what gave him a spot being the only kicker in NFL history with three 60+ yard field goals.

With the addition of Kai Forbath, he gave the kicking game everything it needed. He completed all of his field-goal and extra-point attempts.

He likely won’t stop the Cowboys from bringing in another kicker for competition, but Kai Forbath has found his stride and maybe the Cowboys found their kicker.

Left Guard Connor Williams and Wide Receiver Michael Gallup were a pair of second-year players with all eyes on them. Both planted in starting spots and both showed potential as rookies but had plenty of room for improvement.

Before Connor Williams tore his ACL, he was having a fantastic season and turnaround from his rookie year. He went from allowing 4.5 sacks in 2018 to only 1 this season and from four holding penalties to two.

Michael Gallup had one of the more impressive sophomore seasons in the entire league with 66 catches for 1,107 yards and six touchdowns. In addition, he even helped set a Cowboys record along with Amari Cooper, being the first pair of Cowboys teammates to each have over 1,100 yards receiving in a season.

There’s no reason to think why 2020 can’t be better for both players. Letting Williams get fully recovered from his injury, and Gallup another offseason to work with Dak Prescott and train in the new offensive system should yield good results.

New Regime on the Horizon

An end of an era, some say better late than never. With Jason Garrett being informed his contract wasn’t getting extended, that opened the door for the Cowboys’ new Head Coach: Mike McCarthy.

While not a sexy pick, McCarthy is a safe pick. A pick showing both Jerry and Stephen Jones are ready to stop being the definition of insanity and try something different.

One of the better things of note about McCarthy is his experience with coaching mobile quarterbacks like Aaron Brooks, Alex Smith, Brett Favre, and Aaron Rodgers. So having another one in Dak Prescott should be a nice combination of coach and quarterback.

Chemistry with Aaron Rodgers and stale play calling all had a lot to do with his exit from Green Bay but it’s worth noting that 1) Dak Prescott has shown to be much more accepting of coaching than Aaron Rodgers and 2) Mike McCarthy has reportedly spent this year watching film on more current styles of play and new offensive play calls. At the very least, this is a step in the right direction.