The Cowboys will likely be without their premiere pass rusher, Randy Gregory, for the next two games or more with a strained calf. Gregory suffered the injury during practice yesterday and leave once again leave Dallas without both starting defensive ends.

Gregory missed Week 2 as part of the COVID-19 protocol. But despite that absence, Randy's tied with Micah Parsons with five sacks to lead Dallas so far this season.

Already without DeMarcus Lawrence since Week 2 with a foot fracture, the Cowboys may once again be doubly shorthanded in their upcoming games against the Atlanta Falcons and Kansas City Chiefs.

Cowboys DE Randy Gregory has a calf strain, Mike McCarthy said. Same as WR Michael Gallup and QB Dak Prescott. Location of strain is similar to Prescott's, per McCarthy. "He is having a heck of the year. …He'll attack the rehab just like he has attacked everything else."

After MRI, Cowboys DE Randy Gregory's calf strain is considered "minor," source said. Could be much worse. Still, given calf strains' nature, he is expected to be sidelined vs. Falcons and at Chiefs as minimum with short-term IR a possibility. Could mean more Micah Parsons at DE.

As we saw in Week 2 when both Gregory and Lawrence were missing, Parsons may be pulled into more pass-rushing duty. He's shined in that role throughout the year, but lately has also been standing out in his official linebacker position.

The Cowboys have an option now they didn't earlier this year with veteran backup Dorance Armstrong. Missing early with an injury, Armstrong is back and will likely see a major uptick in snaps during Gregory's absence.

Also in the mix now is rookie DE Chauncey Golston, who wasn't active until Week 3 and has been looking good ever since. Dallas could also call up Bradlee Anae from the practice squad for some temporary depth.

Whatever the solution, missing Randy Gregory is still going to hurt.  He's been the team's most-productive edge player, providing plenty of backfield disruption on top of the sacks.

With Matt Ryan and Pat Mahomes next up on the schedule, the Cowboys will have to find other ways to pressure opposing quarterbacks.

D line has taken a lot of hits this season, and it’s not one of the more talented positions to begin with. Double whammy!

Have to find a way to put pressure on Ryan. I guess we may see MP moving forward again.

Defensive line basically playing with back ups at every position, and as VAM said it wasn’t a position of strength. Gregory is the only pure rusher and the run defense is the biggest concern. We desperately need Lawrence/Gallimore back. Also Hill for depth. Silver lining haven’t had any season ending injuries. Haven’t seen what this team is truly capable of, and won’t till we get more guys back. 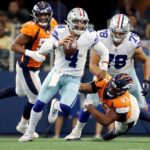 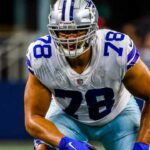