Arguably no single player has produced more conversation or debate among Cowboys Nation than linebacker Jaylon Smith. Selected in the second round of the 2016 NFL Draft, Smith was a hot-button topic in Dallas from day one.

Many argued that despite how impressive he was in college, his severe knee injury was too big a risk to take with such an early draft pick. Others had faith the Cowboys knew something the public didn’t, and expected Jaylon Smith to return to his college-self.

The results so far? I guess you could say it’s been a little bit of both. But according to Mike Fisher, things are beginning to look up for Cowboys linebacker Jaylon Smith.

Smith told Fisher that his infamous drop foot issue is “fading,” and that he has more “power and flexibility” now than he has had since the injury. Smith even exclaimed to Fisher that he’s “back,” and is expecting big things in 2018. 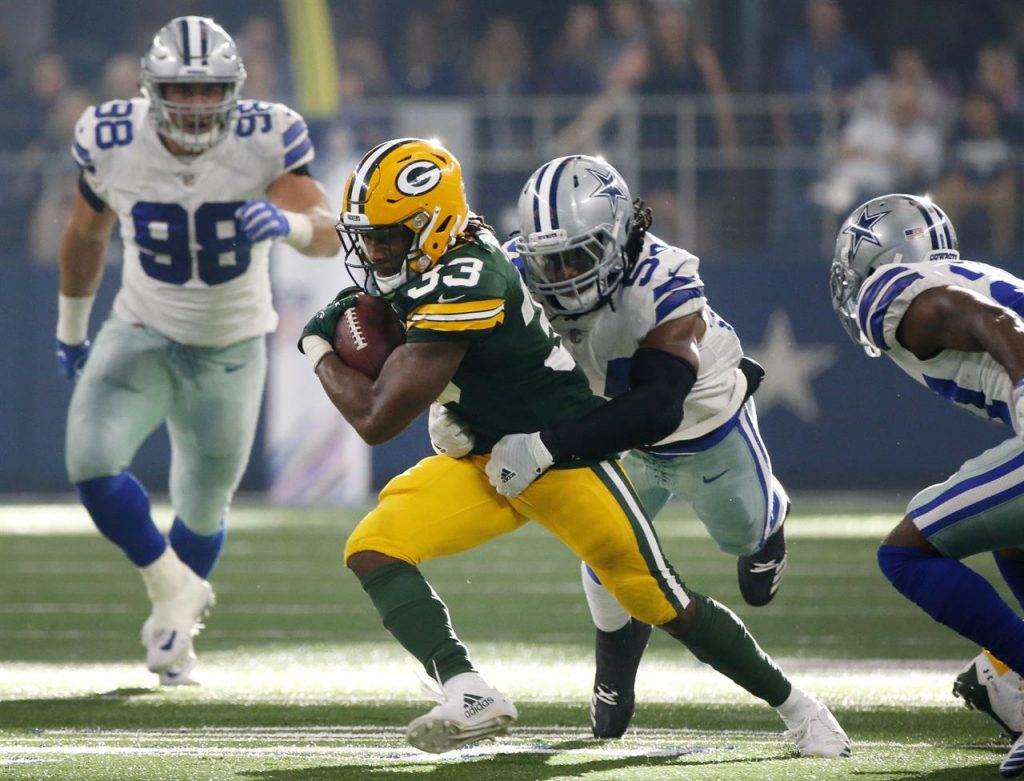 Jaylon Smith was forced into early action last year due to a preseason injury to linebacker Anthony Hitchens. Smith clearly was not ready to play the bulk of the snaps at middle linebacker, and looked both rusty and hobbled at times. As the season progressed, however, so did Smith. By the end of the season Jaylon Smith was playing his best football and gave fans reasons to be excited about him moving forward.

The question which remains to be answered, though, is how Smith will play if getting starter-level snaps. His best football came as a rotational player, where he was limited in his snap count. This kept him fresh and helped him to look as athletic as he once was at times. When he was forced into the starting role, things didn’t go nearly as smoothly.

Depending on what the Cowboys do during the 2018 NFL Draft, we may get our answer to that question very early next season. Most fans seem to want the team to draft a linebacker within the first 100 picks, preferably either Roquan Smith or Tremaine Edmunds in the first round.

The odds of those guys lasting until 19th overall seem slim, however, and the rest of the linebacker class is somewhat questionable.

The Cowboys also still have a decision to make about Anthony Hitchens. Hitchens started over Smith when Dallas had a healthy linebacker corps, but his impending free agency raises questions about his future with the Cowboys. I’m sure the price tag will play a big role, but I wouldn’t mind bringing Hitchens back next year based on his play in 2017.

Many of these decisions may hinge on the health of former second round pick Jaylon Smith going forward, so it’s certainly good to hear that the drop foot is fading.