The #Chiefs have agreed to terms with LB Damien Wilson, formerly of the #Cowboys, source said.

This is the second offseason in a row the Kansas City Chiefs have signed a Cowboys LB in free agency. Just a year ago they added Anthony Hitchens, which netted Dallas a fourth-round compensatory pick this year. Maybe history will repeat itself now that Damien Wilson is joining his former teammate in Kansas City.

Wilson was unfortunately never a big part of the equation during his time in Dallas. The strong side linebacker position in the Cowboys 4-3 defense isn't heavily involved except when they are in their base package. When they went to their nickel and dime defense he was taken off the field.

With the Chiefs, Damien Wilson now has the opportunity to prove he can be an every down linebacker in the NFL. It's an opportunity he wouldn't have received with the Cowboys, even if they would've been able to re-sign him.

Good luck from all of us around Cowboys Nation, Damien! Except when you're playing the Dallas Cowboys of course.

We will have to pick up another LB either in FA or the draft now. Who’s on the roster that can fill this spot? Joe Thomas? Anyone have any idea?

second-year LB Chris Covington, Joe Thomas, and maybe even Jaylon Smith when they are in their base defense. I wouldn’t worry about it too much. The Cowboys have the LBs on the roster to get the job done

Good to know. Thanks for the answer, Brian. 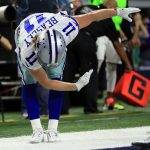 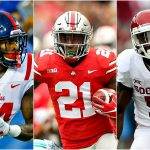