The Dallas Cowboys did a defensive overhaul in the 2021 NFL Draft. Of their 11 picks, eight were on the defensive side of the ball, including each of the first six. After allowing the second-most rushing yards per game last season it made sense to add help on the defensive line, and that's what the Cowboys did in the third round.

Defensive Tackle Osa Odighizuwa was taken with the 75th overall pick to add depth on the interior, but a bit of a surprise came just nine picks later. Chauncey Golston, who was seen as more of a Day 3 selection, was drafted out of Iowa to help bolster the outside pass-rush, something the Cowboys needed after finishing 20th in sacks in 2020.

Golston didn't make an impact at Iowa as a freshman but made his mark in each of the following three seasons. He would register 3.5 sacks and three forced fumbles as a sophomore in a reserve role but became a full-time starter a year later. Golston racked up 47 tackles and three sacks as a junior, and although his senior year was reduced to eight games due to COVID-19, he finished with just two fewer tackles than the season before and logged a career-high 5.5 sacks on route to garnering First-Team All-Big Ten honors.

During his three years of significant playing time at Iowa, Golston showed a knack for making plays behind the line of scrimmage with 27 tackles for loss. Also, he displayed some ability defending the pass with three interceptions and seven pass breakups.

The former Hawkeye didn't do his damage as just a one-trick pony. He primarily rushed from the edge but also slid inside to play some 3-technique. It was about getting the chance to showcase his talent in whatever way he could, which he explained during rookie minicamp.

“That’s how I got on the field my first time in Iowa,” Golston said. “I’ve always been trying to get on the field no matter what or where. So, if I’m on the inside, I’m just trying to make a play. At the end of the day, it’s football.”

Powerful pass rusher who can slide into 3tech in subpackage fronts… but he is an OUTSTANDING run defender! Sets physical edges and has no problem stack/shed blocks pic.twitter.com/FKz6VDgkZd

That versatility is what could work in Golston's favor in regards to getting playing time as a rookie. He adds depth along with free-agent addition Tarell Basham behind DeMarcus Lawrence and Randy Gregory on the edge, but with his ability to play inside he could provide an extra body to plug in with Neville Gallimore, Trysten Hill, and the aforementioned Odighizuwa at defensive tackle.

Golston will have to battle several guys for snaps this season as a reserve edge rusher. Dorance Armstrong, Bradlee Anae, and Ron'Dell Carter will be in the mix as well, but seeing as the former is the only one with significant playing time on the NFL level, Golston has a shot to earn a pretty important role if he develops at a steady pace.

Regardless of where he's placed on the field, Golston is preparing to make an impact when his number is called.

“You want to be a Swiss army knife,” Golston said, via the team’s website. “So, you want to be able wherever there’s opportunity.”

Golston is a high motor guy with position flex so it will be intriguing to see his development during training camp and especially the preseason when he should get plenty of chances to show what he can do.

At some point in the season, I expect to see Golston starting and playing on 1st and 2nd downs, then Gregory will come in as the 3rd down pass rusher which is his strength. Golston is better against the run and is a decent pass rusher, just not as good as Gregory against the pass.

Sorry. He is more of a left defensive end, with run stuffing abilities. T. Basham and R. Gregory will man the right end and Leo position, and D. Lawrence and C. Gholston will play the left end, which is more run stuffing end. NOT the other way around. Gotta know the game!

What do you mean gotta know the game? I never said what side Golston was going to play on, simply said he and Basham give the Cowboys depth behind Lawrence and Gregory. I know what the Leo position is

This was a really interesting draft pick to me. He seems much stronger than his size would suggest. By the way the game is just rat-holeing people’s comments that’s all. 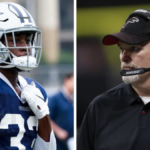 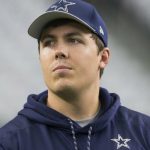