With a week off ahead, the Dallas Cowboys treated their fans to some extra football ahead of the bye, needing overtime to beat the New England Patriots 35-29 on the road. Keeping their offense within striking distance was all Dak Prescott needed, finding CeeDee Lamb to set up the game tying field goal at the end of regulation and again in overtime for a walk-off touchdown.

Playing against a Bill Belichick defense is always a unique challenge, and the Cowboys proved they can adjust on the fly with Kellen Moore. Defensive coordinator Dan Quinn also deserves a lot of credit in the win. Mac Jones and the Patriots offense appeared to have the Cowboys defense in for a long day early, but they settled down and came up with stops when needed – creating another score with Trevon Diggs' fourth quarter pick six. 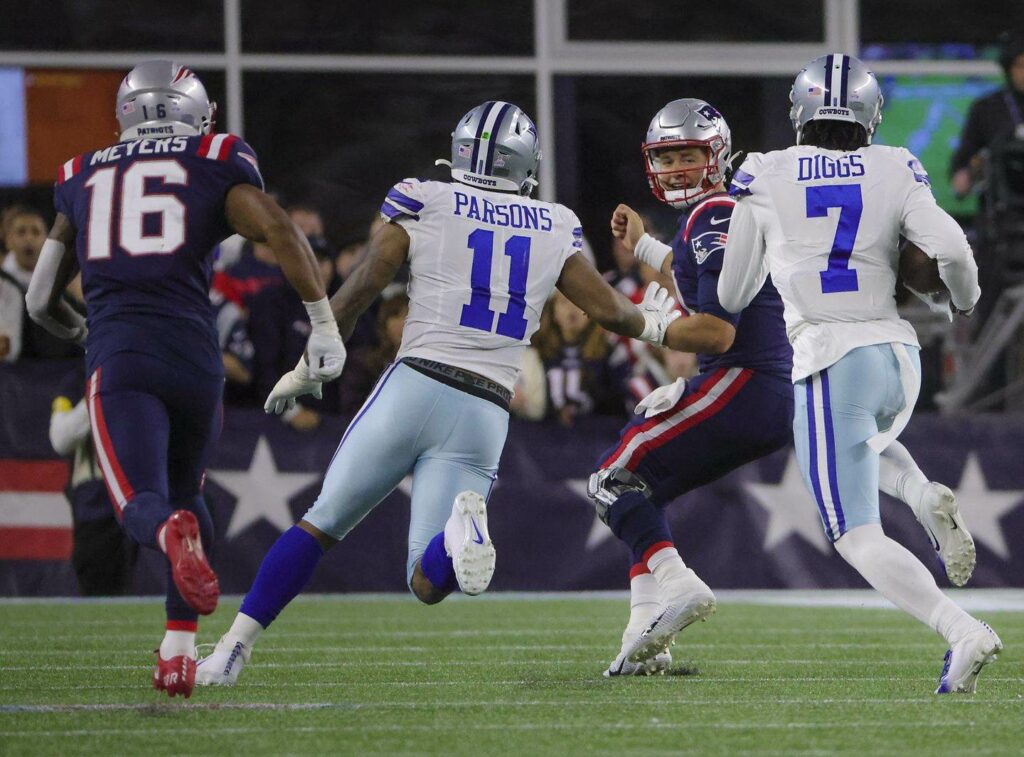 Mike McCarthy tells the media after every game that there's plenty to work on, a message his star players have echoed. With a three game lead in the NFC East, the Cowboys focus on claiming more than just the division this year is clear. The extra time to unpack this thrilling game in New England and get their roster healthy comes at an ideal point in the Cowboys' schedule.

Here are my notes on the team's fifth straight win.

The Cowboys aggressiveness on fourth down backfired on their opening drive, putting the defense on it's heels. The Patriots made a great play on Ezekiel Elliott's fourth-and-short carry, but this sequence could have been avoided with a better play on third down. Matt Judon has been one of the most productive players for the Patriots front seven. Moore's third down play called for TE Dalton Schultz to come across and block Judon, who got under Schultz and made the tackle. The Patriots needed just three plays to score on a short field against a Cowboys defense that had problems getting lined up early.

The best plays from this defense continue to come with Micah Parsons rushing the passer. The Cowboys needed their rookie LB to play in coverage more, matching up with Hunter Henry and the Patriots' RBs in the passing game. Still missing DeMarcus Lawrence, the drop off in pass rush is noticeable without Parsons. On Randy Gregory's strip sack on Mac Jones, a great individual effort off the blindside, Parsons was rushing opposite of Gregory from right end. Where Leighton Vander Esch stepped up last week against the Giants at linebacker, allowing Parsons to play down, he struggled making plays in space against New England.

The Cowboys started the second half with consecutive stops on defense, setting up the go-ahead touchdown to Lamb. The idea of halftime adjustments in the NFL gets blown out of proportion a lot, especially with how quickly games against the Patriots can swing. Great plays from Gregory and Jayron Kearse got Quinn's defense off the field on these drives. Gregory bull rushed the left tackle for his second sack to force the first three and out. The Patriots faced a third and short on the next drive, with Kearse flying off the edge to tackle Brandon Bolden behind the line. Vander Esch and Chauncey Golston were in on the play as well.

Safety Donovan Wilson was back in the lineup for the first time since week one, allowing the Cowboys to play Kearse down in the box, where he's made the biggest impact. Plays like the 75-yard touchdown to Kendrick Bourne late in the fourth should make the Cowboys consider how the rotation of Malik Hooker, Damontae Kazee, and Wilson is deployed after the bye.

Although it was Diggs that took the blame for this touchdown, he stuck with the double move in coverage well, but the blown coverage by Kazee allowed the ball over the top.

Dak Prescott broke the record for passing yards a Patriots team has allowed under Belichick, and trusting his full group of pass catchers is why. The Cowboys offense loves playing for Dak because of his willingness to target whoever is open. When the Patriots forced throws underneath, Prescott extended plays to get the ball to Elliott, Tony Pollard, and Dalton Schultz.

There's no better example of the trust Prescott has for his receivers than the fourth down conversion to Cedrick Wilson on the last drive of regulation. Wilson did a great job not allowing the coverage to run him too tight with the sideline, making a great acrobatic catch on a tight-window throw. Four plays later, the Patriots would rush three and play eight in coverage, but the Cowboys route concept still opened Lamb for a clutch 24 yard gain on third and long. 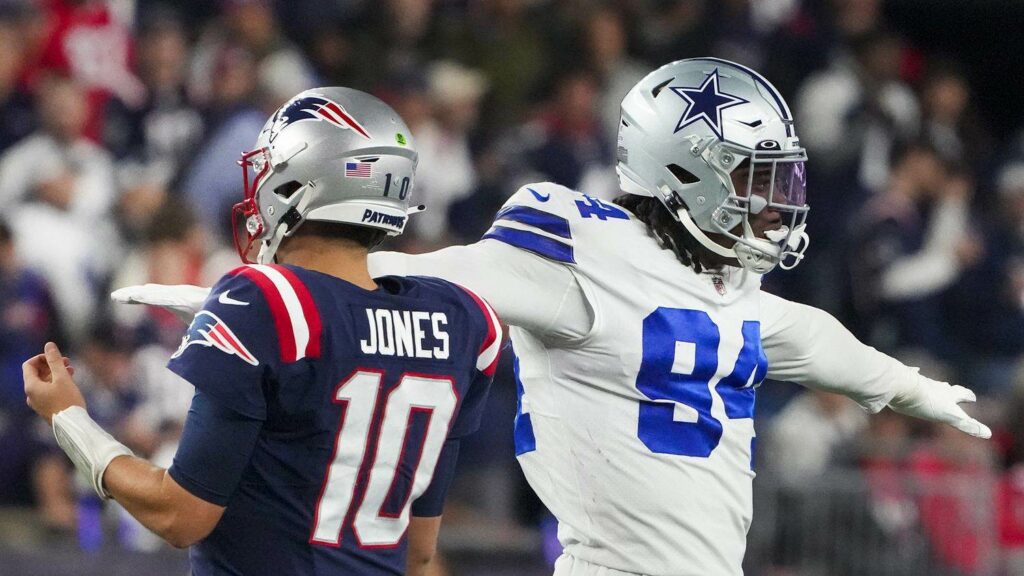 Winning on the road, no matter how it comes, can cover for a lot of miscues in this league. The Cowboys had more than their share in week six, committing 12 penalties for 115 yards. They were still the only team from the NFC East to come away with a win. Seven wins was the high water mark in the division last year, and the Cowboys have five through six games in 2021.

Following the bye week, they'll play on Sunday Night Football against the Minnesota Vikings. The Vikings beat the Panthers on the road in overtime on Sunday, and are allowing an average of just 16 points per game at home this season.