Stephen Jones: WR CeeDee Lamb Was The “Best Player On Our Board”

Cowboys executive vice president Stephen Jones joined Scott Van Pelt on ESPN this week, and he certainly had a lot to say.

Jones' comments on quarterback Dak Prescott's contract situation stole the headlines, but what he said about their newest weapon CeeDee Lamb was important as well.

Jones told Van Pelt that Lamb was the best “football player on our board” when pick 17 came up. He went on to say that they want to “surround (Dak Prescott) with good football players,” and Lamb is certainly one of those guys.

Lamb was incredibly productive in college, going for over 1,000 yards receiving in both 2018 and 2019. Lamb caught 60+ balls in each of those seasons as well, and scored 32 touchdowns over his three collegiate seasons.

Many considered CeeDee Lamb the best wide receiver in the 2020 draft class, but he ended up being the third one taken in the first round. Alabama teammates Henry Ruggs and Jerry Jeudy both went ahead of Lamb, but there's no doubt the Cowboys were ecstatic to have the Oklahoma playmaker fall into their lap. 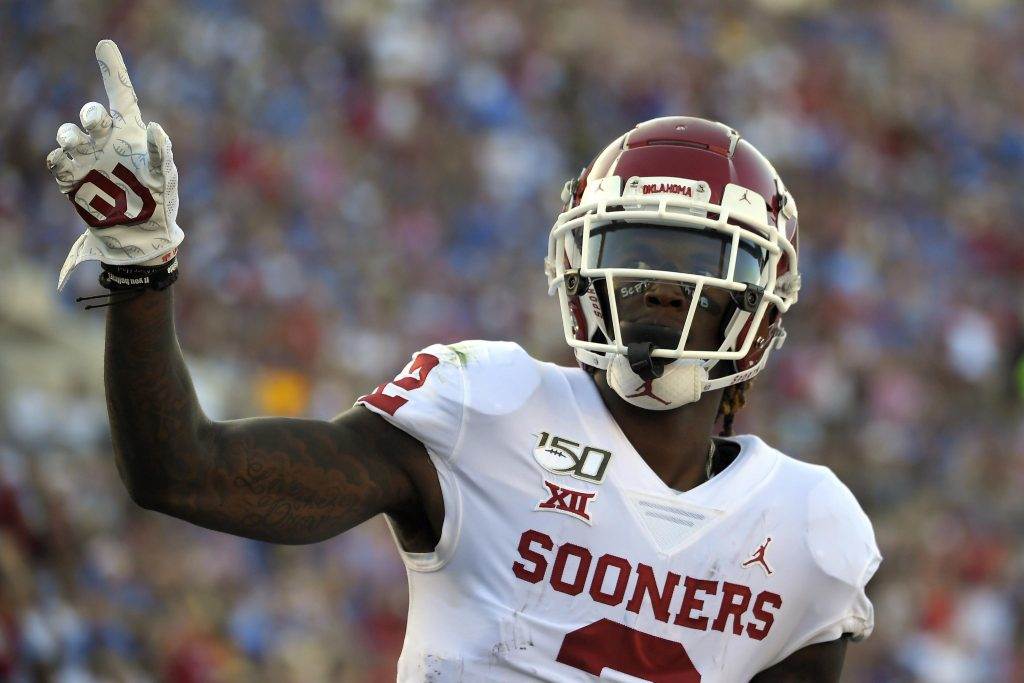 What's so important about Stephen Jones' comments, though, is what it indicates about the Cowboys' draft strategy.

Rather than reaching for a player they ranked below Lamb simply because it may have been at a bigger position of need, they went with the best player on their board and lived with the results. They then seemed to keep this strategy throughout the rest of the draft, and ended up landing good players and strong prospects in every round. This hasn't always been the case in Dallas, most notably when the Cowboys reportedly “window dressed” their board to select Michigan defensive end Taco Charlton in 2017.

“Best player available” as a strategy is often a lie, but the Cowboys lived by that mantra for the majority of the 2020 draft.

And the results speak for themselves.

Kevin Bradyhttps://kevinrobertbrady.wordpress.com
Die-hard Cowboys fan from the Northeast, so you know I am here to defend the 'boys whenever necessary. Began writing for a WordPress Cowboys Blog, and have been with ITS since 2016.
Previous article
Stephen Jones: We Want to Surround Dak Prescott with Great Players
Next article
Cowboys en Español: Porque el #88 es lo Indicado para CeeDee Lamb

I do believe that by-and-large the ‘Boys went best player available throughout this draft … but I can’t help but wonder what they’d have done if Tua as available at #17? I thought Philly made a poor pick in Rd-2 with Hurts, but from a BPA perspective it makes sense. Jones would have really been tested had Lamb been gone and the choice came down to Tua or Chaisson. I bet they trade down in that scenario, and if no takers on a trade, I bet they pass on BPA Tua for the “need” of Chaisson. Thoughts?

It’s definitely an interesting question to consider. Considering they avoided QB the rest of the draft (until the seventh round) I wonder if they would’ve been comfortable passing on Tua there. Plus, if was to fall that far, the medicals must have been really poor.

You pick Tua if he’s available. But not if he and Lamb are available.

I’m sure Tua wouldn’t have been our pick. He’s a great QB when healthy. That’s the big elephant in the room. Did the right thing in taking Lamb. Beef that arsenal up for the long battles while we are COWBALLIN through this league. Sure the defense needed some retooling. Let some pieces go that really needed to be gone. Hate Byron had to leave but I understand the nature of the business. They all say it’s not about the money , but if it wasn’t it wouldn’t have to be all the negotiating , defecting , or non of the nuances that come with any job. They know what the owners are making boat loads of money. So stop using the most overused statement in any business and get on with your jobs. Of course it’s about the money .If it wasn’t they all would be playing for the love of the game. Might as well get it while you can. Every year I ask myself is this our year only to be knocked down again. But one thing I know for sure as long as the BOYS can put a team on the field I’ll be back. This year I have a special feeling that we are on our way. COWBALLIN all the way to the top. We have the pieces to really ball this year. Defense wins Championships and that has to be taught by good teachers , winners with that winning attitude. The old Cowboys way. Back then the team knew they were going to be in the thick of things in the league they talked shi……. ,Excuse me got a little excited there. But they talked shit and bagged it up. We had some some great motivaters that could mold men into champions. And to further back up this most if not all of those coaches went on to become some champions in the league as Head Coaches and coordinators. But you have to have winners to teach that. Thanks for going out and getting exactly what our winners that play needed to guide them. Thanks Mr.JERRY for going out and getting everything you needed to return us to the top. You have been trying. I give you that.All of the guys you have brought in that are still here are the winners we needed to get us to this point. The pieces you added this year (coaches and players) are what we needed to get this thing going. Thank you Mr. JERRY for loosening those big purse strings and bringing in some more big horses . Let the rodeo begin. Ride em COWBOYS ! Thank you Mr.JERRY for bringing back the winning attitude. Not talking about the players but the coaches. Thank you for getting rid of the dead weight. Now it’s time to COWBALL again. This feels so good. They are going to have to call in the Marines to try and stop us . They are going to have to put QBs, RBs, and WRs in the witness protection program to keep them safe. Thank you JESUS !

If Tua lasted that long I’n sure they would have made a trade. Someone would have moved up to take him. Maybe even Green Bay!

If Tua lasted that long I’m sure they would have made a trade. Someone would have moved up to take him. Maybe even Green Bay!