The Dallas Cowboys hope to upset the New England Patriots in Foxborough this Sunday. Facing the Patriots in November at Gillete Stadium is a tough task. At home they're 21-2 since 2017. It'll be a huge challenge for the Cowboys, who come into this game as underdogs for the first time all season. If they want to pull it off, Jason Garrett's team must do a ton of things right. But the main key to winning against the Patriots centers around none other than Running Back James White.

The Patriots are a very creative team when using their talented group of running backs. Every week, fantasy football players get upset because Bill Belichick didn't use the guy they started. But this season James White has been a constant weapon in the passing game. Through 11 weeks, White is one of Tom Brady's favorite targets.

Only behind Julian Edelman, White is the second team-leader in both receptions and receiving yards. With 48 catches and 420 yards, White averages 8.8 yards per reception. Specially in third down, White has been the guy for the Patriots. Prior to week 11, White led all running backs in the NFL in yards per scrimmage per touch when in third down (9.0).

Although James White has only taken part in 281 offensive snaps this season (38.49%), his participation will increase versus the Cowboys due to banged-up WR group. The Patriots injury report should be concerning for New England fans since starting wide receivers Mohamed Sanu (ankle) and Phillip Dorsett (concussion) will likely be out for Sunday's game as both are expected to miss the game. Tom Brady will have to make his offense work through the same two players that have led the unit so far: Julian Edelman and James White. 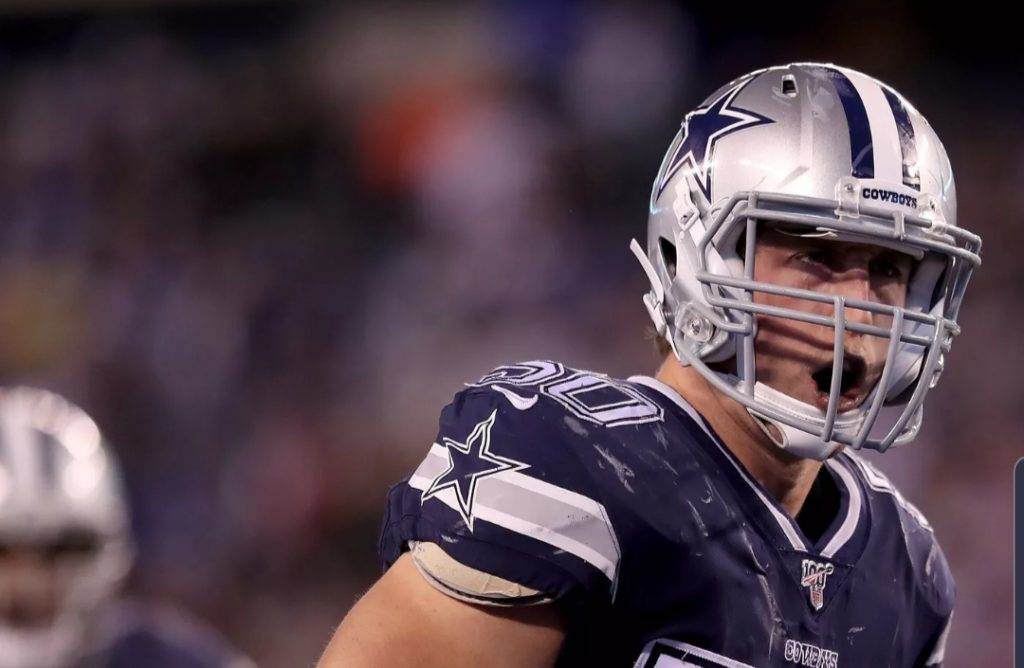 For the Cowboys, stopping James White on Sunday should be the key to victory. But can they do it? Timing, unfortunate as ever, hasn't worked well for Dallas this time around. Leighton Vander Esch is out for Sunday's match which means Sean Lee might find himself in plenty of one-on-one situations versus White. As much as Cowboys Nation loves General Lee, advantage likely goes to the 27-year old RB on that matchup.

It'll be interesting to see how Kris Richard and Rod Marinelli gameplan for this particular situation. They've used CB Jourdan Lewis on running backs before, like when they've faced Alvin Kamara. However, Anthony Brown was placed on Injured Reserve a few days ago, which means Lewis might not be available to be assigned to cover White.

Facing the Patriots in late November is never easy. A 6-4 Cowboys team could surely use a boost with a big win on the road and will have to do just about everything right to get it. It's far from an impossible game. But as we keep talking about the Patriots defense, I can't stop thinking about how the Cowboys will limit James White.

Mauricio Rodriguezhttps://www.facebook.com/PrimeroCowboys/
I love to write, I love football and I love the Dallas Cowboys. I've been rooting for America's team all the way from Mexico ever since I can remember. If you want to talk football, I'm in... You'll find me at @MauNFL.
Previous articleCowboys May Need Elliott, Old-School Offense to Beat Patriots
Next articleCan Cowboys Avoid Slow Start in New England?