It was a crazy night for the Dallas Cowboys. Turnovers and costly mistakes kept the game close prior to halftime, but things got drastically better in the second half. Although there were a ton of negatives, there was also a lot of positive stuff to takeaway from the Cowboys 37-18 win over the Giants. Overall, it was a solid performance for the Cowboys on route to their fifth win of the season.

Let's get to this week's takeaways, but not before handing a way-too-early MVP award for the Cowboys: the black cat that stormed MetLife Stadium when Dallas needed it the most. A performance to remember. 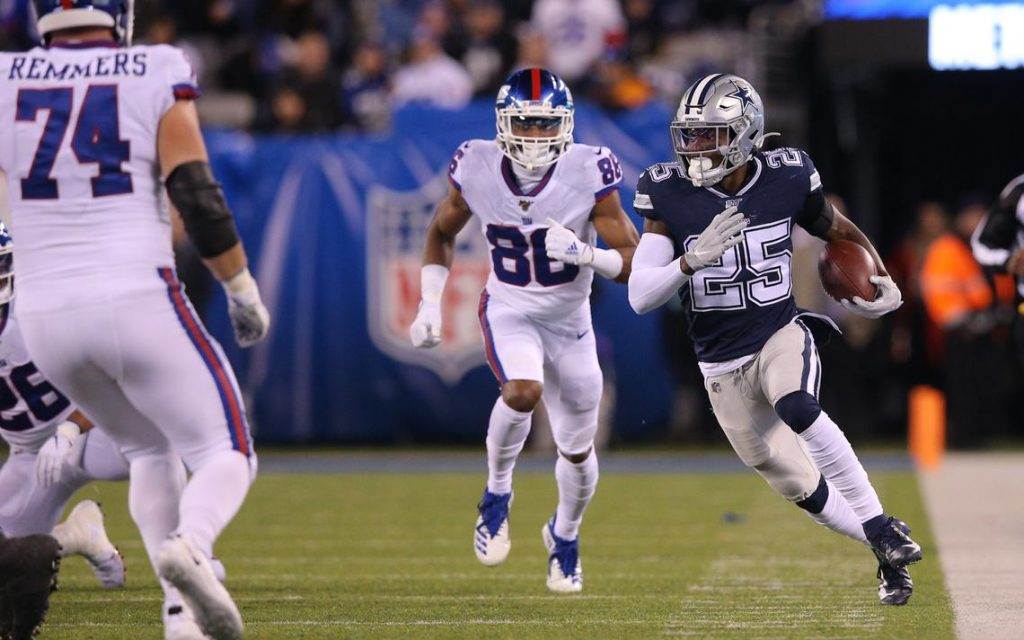 The Dallas Cowboys have a need at safety, but it's not because of Xavier Woods. The young defensive back had himself a night versus the Giants. Of New York's three turnovers, two were forced by Woods. The first one was a deep pass from QB Daniel Jones right before the end of the first half which ended up being intercepted by #25. That set the Cowboys up for a FG that would give them the lead at halftime.

He caused Daniel Jones to turn over the ball later in the third quarter, when the Giants QB scrambled and Woods lowered the shoulder to deliver the big hit.

Over the last two weeks, Woods has two interceptions and a forced fumble to his name. He's been pretty good for this Cowboys' defense as he's providing the play-making ability this unit so desperately needs.

Throughout the game, the Cowboys were pretty inconsistent. However, there was one aspect to their game that never seemed to flounder: Ezekiel Elliott's running game. Despite not scoring a touchdown once, Elliott finished his night with 139 rushing yards in only 23 carries. He averaged six yards per carry and kept pummeling the Giants all night long.

His vision, patience, balance, power and speed were all on display under the Monday Night Football lights. It was Elliott's fifth game of the season with more than 100 rushing yards. The Cowboys' new offense might not be as “run first” driven as before, but Zeke is definitely shining under Kellen Moore's offense. 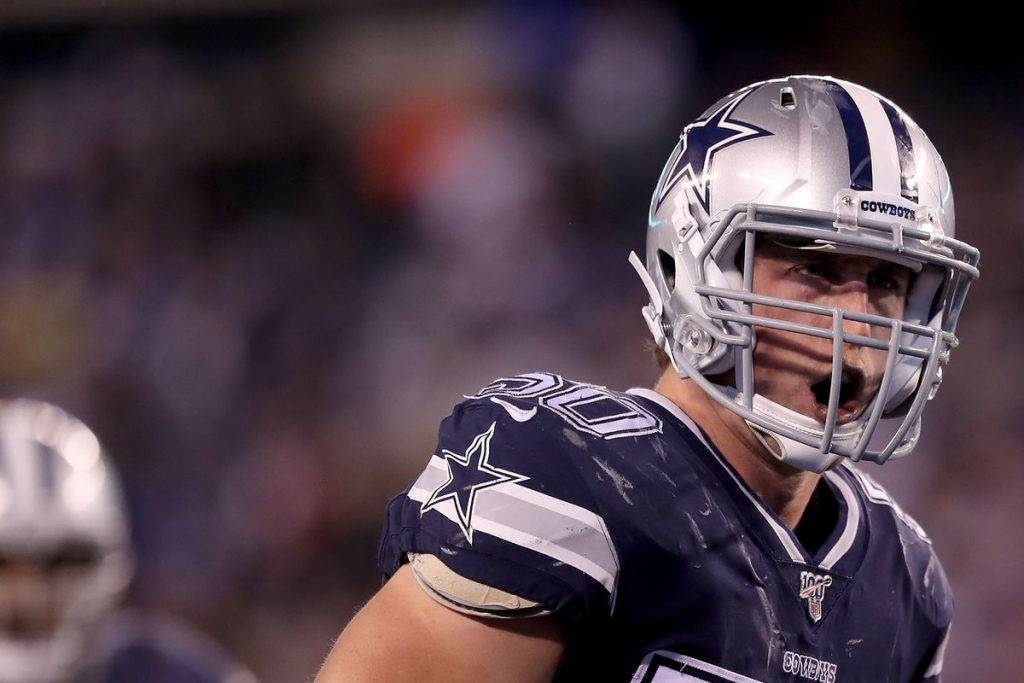 With Leighton Vander Esch out with injury, Sean Lee had a great opportunity to play a big chunk of the game for the Cowboys. He didn't disappoint. As we all know, Lee might be one of the best in the game when he's healthy and on the field and thanks to him serving mostly as a backup this season, he's remained healthy this year.

Lee led the team with nine solo tackles, three assists and a huge tackle for loss late in the game when he obliterated Saquon Barkley.

It was an elite performance from him and one that should raise the question of is he getting enough snaps? Vander Esch is the young starter, but maybe Lee deserves a bigger share of the snaps even when #55 comes back.

The Cowboys walked away from MetLife Stadium with a 19-point win, but it could've been a complete shutout had they not kept making mistakes. Since the beginning of the first quarter, the Cowboys continued to shoot themselves on the foot. It's frustrating because they've done so all season. Dak Prescott threw a terrible interception in the first drive of the game, Randall Cobb fumbled the ball and dropped a couple of key passes, Tony Pollard wasn't great on special teams and also had a big drop. Penalties were once again an issue for Dallas, with 104 yards against them thanks to yellow flags.

This team is talented enough to be serious contenders, but can they clean their game up before they face the tougher rivals in the second half of the season?

Mauricio Rodriguezhttps://www.facebook.com/PrimeroCowboys/
I love to write, I love football and I love the Dallas Cowboys. I've been rooting for America's team all the way from Mexico ever since I can remember. If you want to talk football, I'm in... You'll find me at @MauNFL.
Previous article
Cowboys TE Blake Jarwin Owns the New York Giants, Again
Next article
Byron Jones Should Be Recognized Among League’s Best Corners

The Dallas Cowboys improved to 11-4 on the season, and with the win over the Philadelphia Eagles Saturday, Dallas is now 6-1 against teams...