The Dallas Cowboys are now one game over .500. The season is only beginning, but their play against the Green Bay Packers was pretty bad. The Cowboys' 34-24 loss is definitely the most painful one yet and the team will have to learn a lot from it. It's clear they're far from a perfect team, but it's also clear the season is far from over. Despite some overreactions in Cowboys Nation, I suggest you take a deep breath.

Let's get to this week's Takeaway Tuesday. I hope you enjoy and let me know your thoughts in the comments section below. 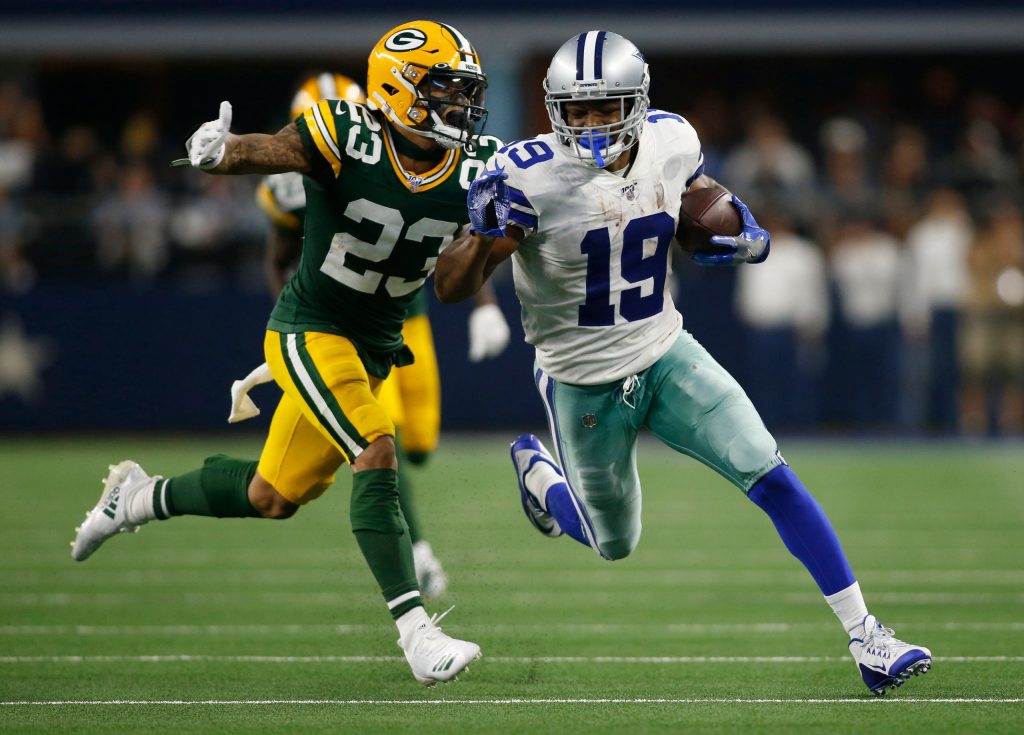 Amari Had a Great (But Bad) Game

Sounds ridiculous, right? But that was actually the case. Cooper caught 11 passes for 226 yards and a touchdown. His route running was impressive. He got open consistently and showed up big on the Cowboys' fifth game of the season. However, a big asterisk will be next to this career game.

Cooper himself said it. The dropped ball that turned into an INT was the only thing on his mind. I'm not overly concerned with Cooper's drops, but the truth is it's been a thing for him this season. He had that issue in Oakland and hopefully it doesn't turn into something very serious now that he's in Dallas.

Besides that one play, his performance was remarkable. It's a shame it will likely be forgotten due to the loss. If he cleans up his drops (four this season, according to Fox Sports), Cooper can be one of the top receivers in the league.

I was really intrigued with what 105.3 The Fan's Jeff Cavanaugh had to say about the Cowboys' front seven on Twitter. His theory that the Cowboys' gap integrity has been por due to the huge amount of stunts/games run by the defensive line sounds very logical.

Theory: The Cowboys run so many stunts/games with the front 4 to get pressure that their gap integrity is poopy and you get gashed in the run game. Hard to nail gap integrity when they just wanna get upfield.

The Cowboys have been outplayed in the trenches this season and they were flat out dominated versus the Green Bay Packers as running back Aaron Jones ran for 107 yards and four touchdowns.

We know Antwaun Wood's injury has hurt this football team, but Maliek Collins hasn't been much better either as the team's three-technique defensive tackle. The Cowboys interior line play has been pretty bad for this defense. In turn, the starting  linebackers – for whom our hopes were unbelievably high – have also looked bad. They're partly looking to do too much, but their defensive tackles are consistently allowing offensive linemen to get to the second level with ease.

Rod Marinelli's unit needs to be much better than it was versus Green Bay.

Brandon Knight Had a Promising Outing

Let's talk about a positive note, shall we? La'el Collins went down injured late in the game and so Brandon Knight had to come in for his first regular season action in the NFL. Surprisingly, Knight wasn't bad. He handled his own as he only allowed three pressures when on the field. Although the Packers' pass rush emerged victorious most of the game, Knight was pretty solid in pass protection.

Although he allowed the three pressures, at least two happened early when he was thrown into the game but looked better and better as the game went on. 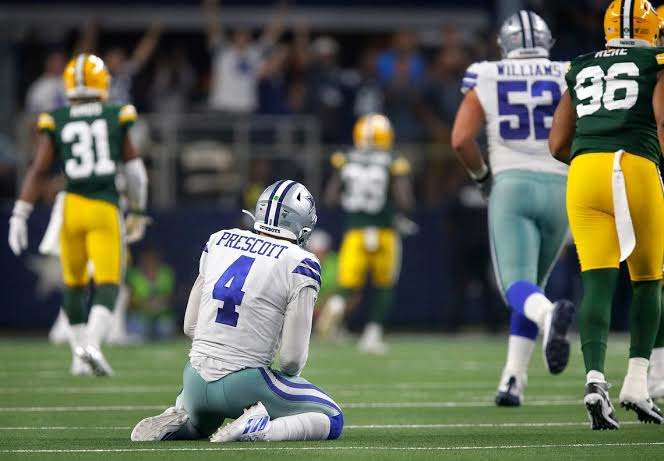 Football is a Game of Turnovers

As we try to make sense out of such a disheartening loss to the Packers, I can't stop thinking about one thing. In football, you only get a few possessions. Turn the ball over, and you're much more likely to lose. The Cowboys' offensive production wasn't as bad as one would think. Quietly, Dak Prescott threw for 463 yards. Amari Cooper racked up 226 yards. Michael Gallup went for 113. Ezekiel Elliott, despite the fact that the team was forced to abandon the run, averaged 5.2 yards per carry.

But you see, the Cowboys turned the ball over three times.

After believing the Cowboys lost due to the coaches versus the Saints, this time it felt like an execution problem to me. It's very hard to turn the ball over three times and win. It rarely happens. It's made impossible if, on top of it all, your rival is running all over you.

But there's a silver lining to this all. This loss might be simpler than some are making it out to be. The Cowboys didn't completely suck all game. They weren't necessarily a worse team than the Packers. Unfortunately, they turned the ball over a lot, though. And that cost them the game.

Mauricio Rodriguezhttps://www.facebook.com/PrimeroCowboys/
I love to write, I love football and I love the Dallas Cowboys. I've been rooting for America's team all the way from Mexico ever since I can remember. If you want to talk football, I'm in... You'll find me at @MauNFL.
Previous articleDak Prescott a Bright Spot in Dallas Cowboys Loss to the Packers
Next articleTyron Smith Likely to Return Against Jets, La’el Collins Also Possible

While we've yet to see anyone in a real game this season, there are early signs from training camp, preseason, and other sources of...
Read more
Game Notes

The Cowboys will finish off their run of four straight NFC North opponents when they face the Minnesota Vikings in Week 11. It’s the...
Read more

brandon knight was a guard initially, he did have a good game, kick him over to LG in place of 52 to see if he is better.

52 is a liability on that OL