It was a dramatic win for the Dallas Cowboys but a win nonetheless. The Philadelphia Eagles gave the Cowboys one hell of a fight at AT&T Stadium in a great rivalry game. It was undoubtedly one of the most exciting games this season has seen as it ended with a walk-off touchdown that gave the home team the victory.

Here is this week’s Takeaway Tuesday on what we learned from such a thrilling match!

Amari Cooper Trade Shouldn’t Even Be a Discussion

Once a complicated debate, the Amari Cooper trade has a clear winner. It’s simple, really. If it wasn’t for Amari Cooper, the Cowboys would not be 8-5 en route to the NFC East title. Cooper has literally saved the 2018 season for the once 3-5 Cowboys team.

Since becoming a part of the Cowboys, the former Oakland Raider has accounted for 40 catches, 642 yards and six touchdowns. Last Sunday alone, he was responsible for 217 yards and three scores. Not to mention the amount of times he’s moved the chains for this offense. The 24-year old can seriously play football. Despite struggles, this offense is very promising with that caliber of a WR1 and an elite RB such as Ezekiel Elliott.

What was it again? A first rounder? Should’ve asked for more, Raiders.

Gregory’s journey to be back on a football field was a difficult one. But it was worth it. Versus the Eagles, his presence was constantly felt by Carson Wentz. He was able to get in five pressures, one of which resulted in a sack.

The last couple of games, Gregory has drawn a few costly flags, but his play is still amazing. He’s one of the fastest defensive ends in the league and he continues to improve in bending around the corner. He has five sacks in the last eight games. If you weren’t convinced #94 should be our starting right defensive end, you should be by now. 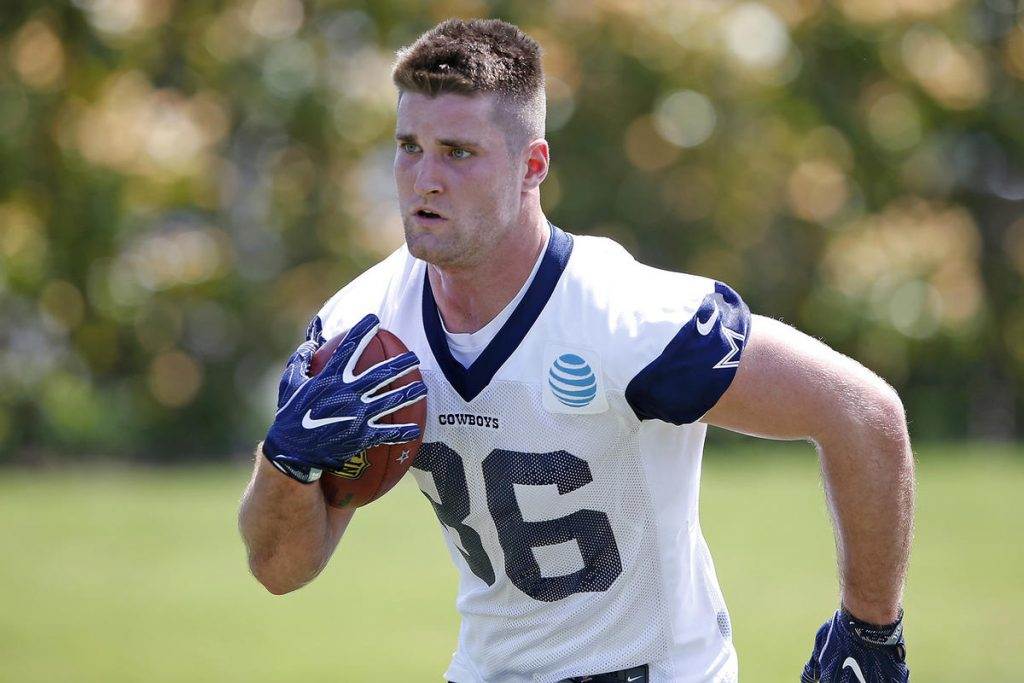 The lack of a tight end did not stand out this past Sunday. But Dalton Schultz and Blake Jarwin did. With Geoff Swaim out with an injury, this couple of young rotational players had their best games of their careers. Both were targeted in key moments of the game. Blake Jarwin had 56 yards in seven catches and a big third down conversion and Dalton Schultz finished the night with 37 yards.

A promising sign for the Cowboys moving forward. The offense is clicking at wide receiver with Amari Cooper, having a tight end (or a couple) stand up will only make this unit better.

Garrett Deserves a Round of Applause

Whether or not you think Jason Garrett is a good head coach, the guy deserves an applause. I get why you might not like him. In fact, I still question if he should be in Dallas in 2019 if the Cowboys fail to have success in the playoffs. But the way this team has come back from such a terrible start can’t be ignored.

The players on this team fight for this guy. The Dallas Cowboys went from a team everyone had written off from playoff contention to legit Super Bowl contenders since they fired Paul Alexander and got Amari Cooper.

Dak Prescott is One of the Best Facing Adversity

Dak Prescott’s career continues to cause a great debate among Cowboys’ fans. You see, in the NFL, things are not white or black. When judging a player, there are a lot of gray areas. Take last night’s performance from Dak Prescott. He threw two interceptions and fumbled the ball once and pretty much played bad football for three quarters. But his night ended with 455 yards and three touchdowns and a 78% completion percentage in 54 attempts.

In the NFL, not any quarterback comes back from turning the ball three times. With the help of his tremendous defense, Dak did. In the fourth quarter, he completed 17 out of 20 passes for 243 yards and three touchdowns. His performance was clutch.

This isn’t a one thing either. Since 2016, Dak is tied for the most game-winning drives in the NFL. Prescott might be inconsistent and can have some pretty bad plays. But he’s one resilient quarterback. As T.O. would’ve said: “that’s my quarterback.”

Tell me what you think about “Takeaway Tuesday: Randy Gregory is a Big Time Player” in the comments below, or tweet me @MauNFL and let’s talk football! If you like football and are looking for a Dallas Cowboys show in Spanish, don’t miss my weekly Facebook Live! show, Primero Cowboys!