The Dallas Cowboys have been trying to find their running game for weeks now, rushing for less than 82 yards in all three of their losses going back to week nine. Factors like Ezekiel Elliott playing injured, WRs missing time, and a lack of continuity on the offensive line have all contributed to the Cowboys' offensive woes. At least one of these things isn't going to change on Sunday against a solid Washington defense, as Jerry Jones told 105.3 The Fan that both OTs Terrence Steele and La'el Collins expect to play.

#Cowboys' Jerry Jones tells @1053thefan that both Terence Steele and La'el Collins "will play a lot." Says they're both the same player at right tackle.

Steele did not play against the Saints, after starting the last four games filling in for Tyron Smith at left tackle. Week eight was the last time the Cowboys had both Steele and Collins ready to play, as well as Smith at LT. The Cowboys deemed La'el Collins unready to start in his first game back from suspension, and gave this game to Steele at RT. Both Steele and Collins would start the next four games, three of which losses. The Cowboys started both Smith and Collins again in their win at the Saints last week.

In their first showing that perhaps this team was regaining its early season form, the Cowboys offensive line featured Smith, Collins, and Zack Martin for the first time since week one. OL Coach Joe Philbin has been absent from The Star as one of the Cowboys coaches impacted by last week's COVID breakout, but should be returning to coach the best version of this line with five regular season games left to play. 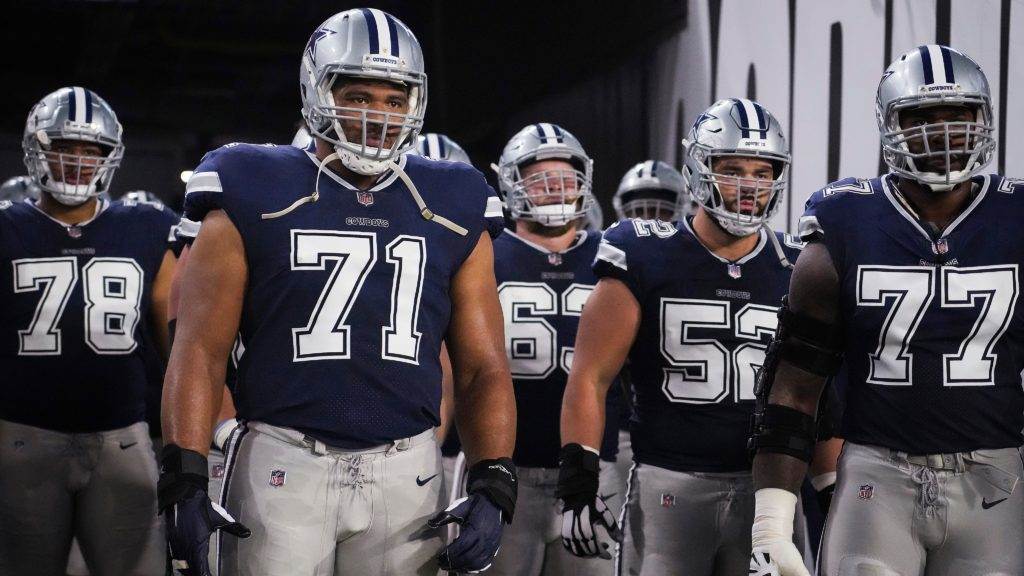 Instead, the Cowboys are insisting on further shuffling and alignments, as Connor Williams and Connor McGovern also split playing time at left guard. If the Cowboys feel that neither player is their best LG, and can commit to Steele as a starting RT, it may open the door for Collins to play LG again.

The Washington Football Team's defensive line makes it hard on opposing linemen to climb to the second level and block their linebackers – of which they often play with three in the box. The Cowboys have been running unsuccessfully out of spread formations recently, and may feel that bringing defenders down into the box with extra OL may help create big plays on the second level.

Jones alluded to this in his radio interview, saying that Steele could replace a tight end in their running formations. Starting TE Dalton Schultz has struggled as a blocker this season.

Whether or not the Cowboys actually want to settle on a “best-five” offensive line before the end of the regular season is hard to say, but they've at least mentioned continuity as something that was important to them. This week's game plan appears to be taking Dallas even further from this. Giving just one player most of the snaps against teams that will decide the Cowboys' playoff faith is likely in their best interest.

If they don't, the Cowboys could also revisit resting Elliott and starting Tony Pollard as another way to create a spark on offense. Dak Prescott's receivers are at full strength, with even Malik Turner and Noah Brown pushing for snaps, putting even further pressure on the OL and RB group to round out this side of the ball.

Maybe start TP, backed by CC, who IMO, is no slough. CC may be better right now than the “hobbled” EE. If they start EE again and get the same recent results, they may be playing from behind again, plus give WFT’s front seven more energy.

There seems to be two O-line choices, outside of the six linemen possibility.

Are there any other line choices?

I believe McGovern got some work at center earlier in the year, but Biadasz has improved and they don’t have any need to consider that change right now. He would go to the bench if Collins goes back to LG, Williams would be a backup guard and tackle, with Steele starting.

I can’t believe we’ve gone from one of the best OL’s to a below average run blocking and average pass blocking OL in just a few years. Shuffling players in the OL is really stupid. If there’s any place we need continuity, it’s the O Line. I think Jerry is behind this AND Zeke NOT sitting out this past game, which would have given him 17 days of rest. I won’t be surprised when Washington dominates our OL AND stuffs Zeke for minimal gains. And I can see Dak has no faith in the Line and who can blame him? And the season started out looking like we FINALLY changed the LOSING CULTURE in Big D, but obviously we haven’t and never will as long as Jerry is in charge.

I guess a losing culture equals 8-4. With a winning record, a 2 game lead in the division and many starters (and coaches) returning. Maybe you expectations are a little much. Maybe go root for another team, buddy. TB won the super bowl last year, perhaps they could squeeze you on their bandwagon.

I hope if EE plays that he doesn’t run the ball and just stays in to pass block! Let TP carry the load this game and rest EE as much as possible!

Switching offensive linemen throughout the game is a big mistake!! Rotating players everywhere else is fine, but the offensive line needs to keep the same 5 players in at all times!! Continuity is important on the offensive line, and if we wanna win this game we have to keep the same linemen throughout the game and the season for that matter!! Our offensive linemen should be Collins, Martin, Biadasz Williams and Smith!! I thought McGovern would be better than Williams, but so far he hasn’t been better!! The only thing he’s been better at is not holding, other than that we haven’t been able to run the ball and Dak hasn’t had a clean pocket very often since he’s been in the starting lineup either, so I think we need to go back to Williams!! If they keep switching linemen out we’re gonna keep losing games, it’s as simple as that!!

Steele at tackle, Collins at guard. with Conner at fb, There a running recipe/remedy,Maybe Williams at tight end? They can call the package “SUPER MAX”!! 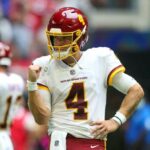 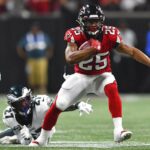