The Dallas Cowboys will have their healthiest gameday roster of the 2021 season, three extra days of rest, and the advantage of watching their week 14 opponent on Sunday after already beating the Saints on the road as they face Washington for the first time this week.

With both meetings against the Cowboys remaining, the Washington Football Team is hopeful they can repeat as NFC East champions despite these things working against them. While the Cowboys look to start a new win streak themselves, Washington returns home with a win at the Raiders to extend their streak to four. WFT has played just one division game this season, narrowly beating the Giants in week two. They're playing up to preseason expectations on defense lately, preparing them for the stretch of five straight NFC East games they'll play to end the regular season.

The Cowboys haven't looked like the team ready to run away with this division much earlier in the year for weeks now, certainly not in their most recent win in New Orleans. They have however passed both of their divisional tests with flying colors, beating the Giants and Eagles by a combined score of 85-41.

This is a team that's never wavered in talking up big playoff expectations, and how they play against a rival that just beat Las Vegas – one game removed from their own Thanksgiving win in Dallas – will go a long way in backing up this prediction.

Here are a few things to watch for on Sunday, after turning on the tape of WFT vs. the Raiders. 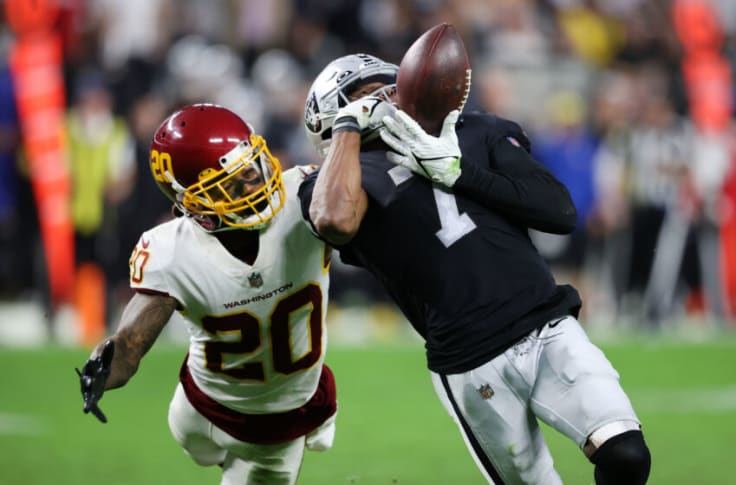 This is a team that treats their 4-3 defense as a base look, and is aggressive in their Nickel sets. It was a surprise to see how often Washington lined up with three or four linebackers behind a four man front. The range their defensive line has allows them to play this way, with players like Matt Ioannidis, Da'Ron Payne, and Daniel Wise getting off blocks and flowing to the ball well.

The Cowboys may learn a lot about who their left guard should be in this game, based on how they handle the interior of WFT's line. Ioannidis made one of the most impressive plays for their defense against the Raiders, chasing down Derek Carr for a sack that forced a punt.

Cole Holcomb stood out the most from their linebacker group, dropping quickly into coverage and avoiding blocks against the run. When Washington does play with extra defensive backs on the field, they're often used in blitz packages. This puts a lot of trust in Kendall Fuller and William Jackson at CB in man coverage, and both held up well against the Raiders. The opportunities will be there for the Cowboys to get the ball to their receivers in space, but only if the protection holds up long enough for Dak Prescott.

Tackles Charles Leno and Cornelius Lucas both had their struggles containing pass rushers in this game. Against power rushers, both Washington tackles gave up ground and allowed the Raiders defense to hurry Taylor Heinicke. Neither player was particularly quick out of their stance, or athletic enough to change direction against counter moves.

Cowboys DC Dan Quinn will have his full rotation of pass rushers to throw at Heinicke, and it will be very interesting to see what he comes up with against a QB that struggles against pressure. The difference in how Heinicke throws from a clean pocket or when pressured is unlike anything the Cowboys have seen in an opposing QB since Sam Darnold or Daniel Jones.

Heinicke can get to his check downs quickly though, with players like Antonio Gibson and Terry McLaurin creating game-breaking plays after the catch.

The Cowboys' speed at linebacker may help in coverage here, but also in the rush. Seeing what they have in DeMarcus Lawrence, Randy Gregory, Neville Gallimore (expected to make his season debut), and Micah Parsons is a great starting point before dialing up extra pressure, but I wouldn't be surprised to see Quinn get aggressive against a QB that averages just four air yards per attempt. If Washington tries to run the ball in an effort to keep Prescott and the Cowboys offense on the sideline, the discipline of this defense will again be tested with WFT consistently pulling their linemen and getting them on the second level.

As mentioned in my recap of the Cowboys win at the Saints, style points don't exist in this league. Two teams coming off of road wins will meet on Sunday to mostly decide how the NFC East plays out down the stretch. The Cowboys are focused on working even more players back from injury, and proving they're anything but the team WFT swept decisively last season.

Prescott did not play in either meeting, and comes into this week's matchup with a 7-1 career record against Washington. It'll be the Cowboys offense under the microscope once again, but I believe the Cowboys defense has the best chance to dictate this game and do their part in giving Dallas a three game NFC East lead.

This WFT will be jacked up more than a kamikaze pilot full of drugs coming into Sunday’s game! From here on the Boys are going to have to be dialed in and focused because every team we play will be bringing everything they have to beat us!

Getting back Gallimore, Gregory, Canady should be a good boost for the D. This game may be a real turning point for our team. If we win, it may be a sign of getting back on track. If we lose, they may not be the contender thought of earlier in the year. Who wants it more?

Literally a must-win for WAS. This game has the potential to recall the golden rivalry years I so loved! I think for WAS to win, DAL needs to be held below 21 pts. I like our chances, but another slow start can change that outlook quickly.

With this cowboys roster being nearly healthy and the WFT being banged up, the cowboys psychologically at least, may need this as much as the WFT does. Time to show that toughness they showed early in the season wasn’t a mirage. This game is likely the turning point of the season one way or the other. 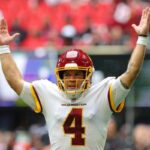